The Indian Railways have announced the largest Railway Recruitment. Earlier it announced to conduct the recruitment test to fill around 90,000 vacancies, but recently, the Govt. of India, announced that it will increase the number of vacancies from the current number to 1,10,000 vacancies.

“Today 80 crore Indians are under 35 years of age. His aspirations, energy, enterprise, and skill will be the strength of India’s economic growth.” While there were earlier 90, 000 vacancies which have been increased up to 1,10,000 number of total vacancies in the Indian Railways” – PM Narendra Modi 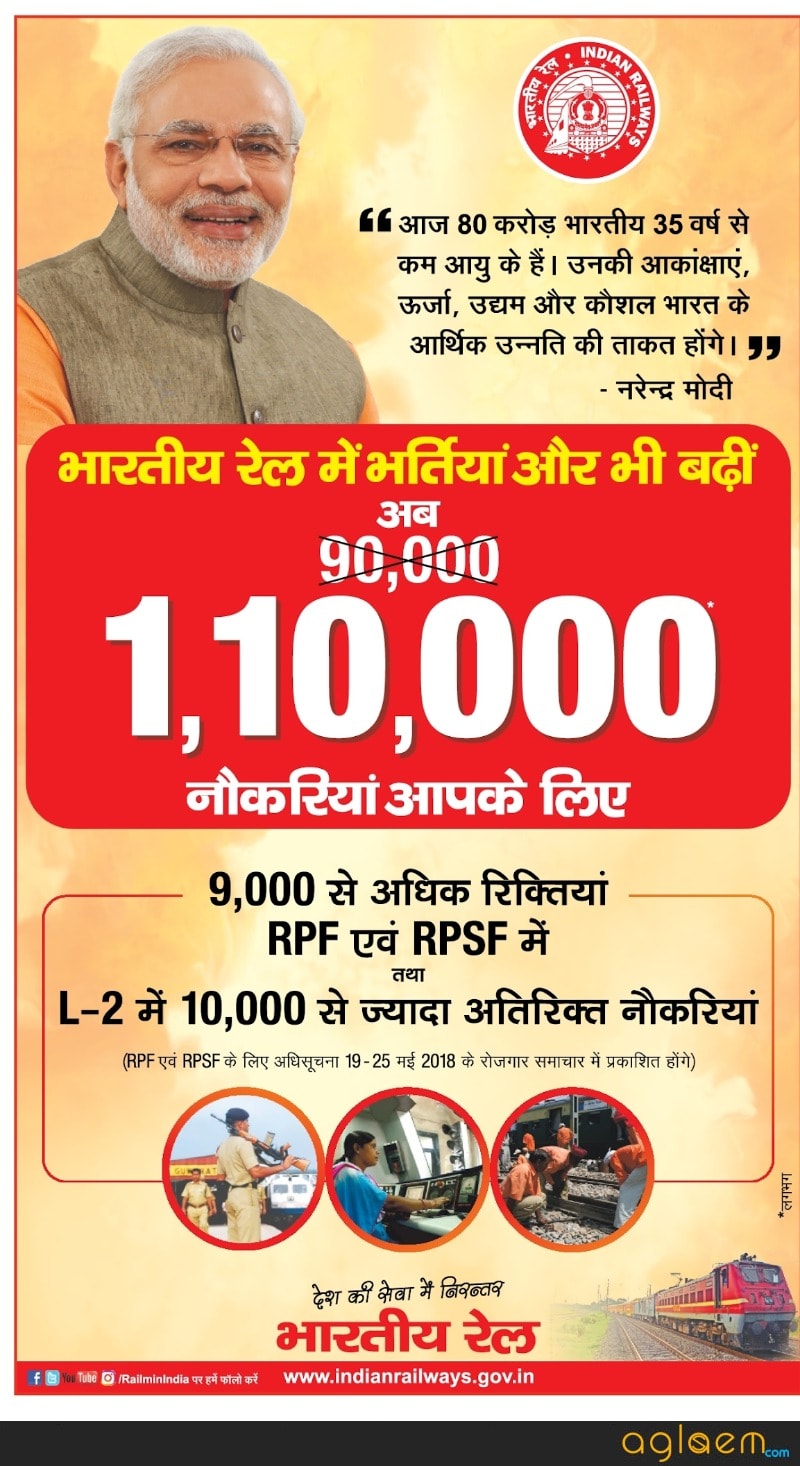 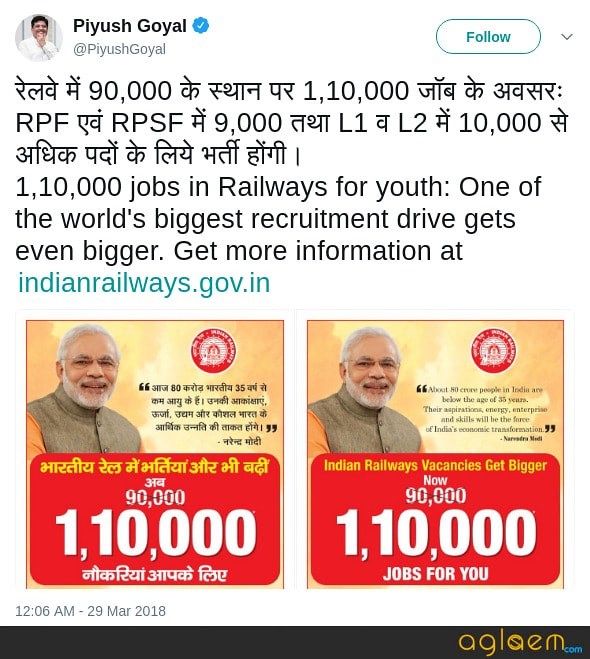 This is a huge step taken by the Government to increase more job opportunities in Indian Railways. It definitely shows that the concerned authorities have an open mind and are ready to walk for its development. The Indian Railways has already received about 02 crore application for the Group C and D vacancies. Furthermore, as the last date approaches for submitting the application form for Group C and D, which is, March 31, 2018, it is expected that the number of application will increase further.

Yet, the Railway officials has not announced any further detail about RPF and RPSF. For now the number of vacancies for the given posts is available, however, it is expected that the notification for the recruitment in Railway Protection Force (RPF) will be released by April 19-25, 2018.

The candidates are shortlisted for recruitment to the given post on the basis of the Computer-based test (CBT). The qualifiers of the CBT will then have to appear for Physical Efficiency Test and Document Verification.

The recruitment test for Group D posts will consist of 100 MCQ questions which has to be completed in a duration of 90 minutes. The paper will consist of questions from Mathematics, General Intelligence, and Reasoning, General Science, General Awareness on current affairs. Also, there is a negative marking of 1/3 marks for an incorrect answer. So, the candidates should mark the answer only if they are confident about it.

The test for Assistant Loco Pilot (ALP) and Technicians posts as a part of RRB Group C recruitment will be held in the month of April / May 2018. The test will consist of 75 Objective type questions and the candidates have to complete the test in a duration of 60 minutes.

For the Group D recruitment, the selected candidates will be on a pay scale of level 01 of 7th CPC Pay Matrix with initial pay of Rs. 18000/- plus other allowances admissible at that time. For ALP and Technicians post, the scale of pay is Level 2 of the seventh pay commission pay matrix is applicable which comes out to be Rs 19900 plus allowances.