Railway Recruitment Board (RRB) will publish RRB ALP Result 2018 in November for first stage exam. Then in the same month, it will conduct second stage computer based test. There will be at least 10 days gap between declaration of CBT 1 result date and CBT 2 exam date. Result will be published in the form of merit list on official websites of RRBs. Prior to publication of result, the board shall issue final answer key.

A candidate recently posted a screenshot of email on Facebook, which he received from RRB Malda in response to his question on result date of CBT 1 and exam date of CBT 2. 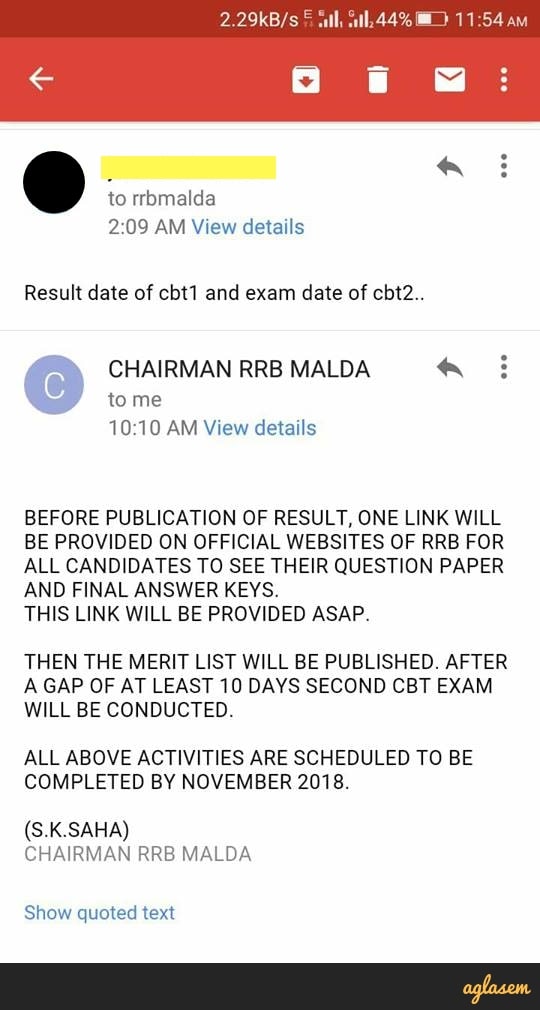 ‘Before publication of result, one link will be provided on official websites of RRB for all candidates to see their question paper and final answer keys.

This link will be provided ASAP.

Then the merit list will be published. After a gap of at least 10 days second CBT exam will be conducted.

All above activities are scheduled to be complete by November 2018.’

None of the RRBs have published any notice on their official websites yet regarding either final answer key or result or second stage exam date. Candidates who took the test have been sending emails to respective board Chairmen to seek information on these aspects. Various reports, sometimes conflicting, are reported on social media almost every hour about responses they are receiving. Some response-screenshots may be doctored, but for the larger part, candidates are trying to help out each other by posting the messages they are getting from RRBs so that other candidates can wait peacefully. 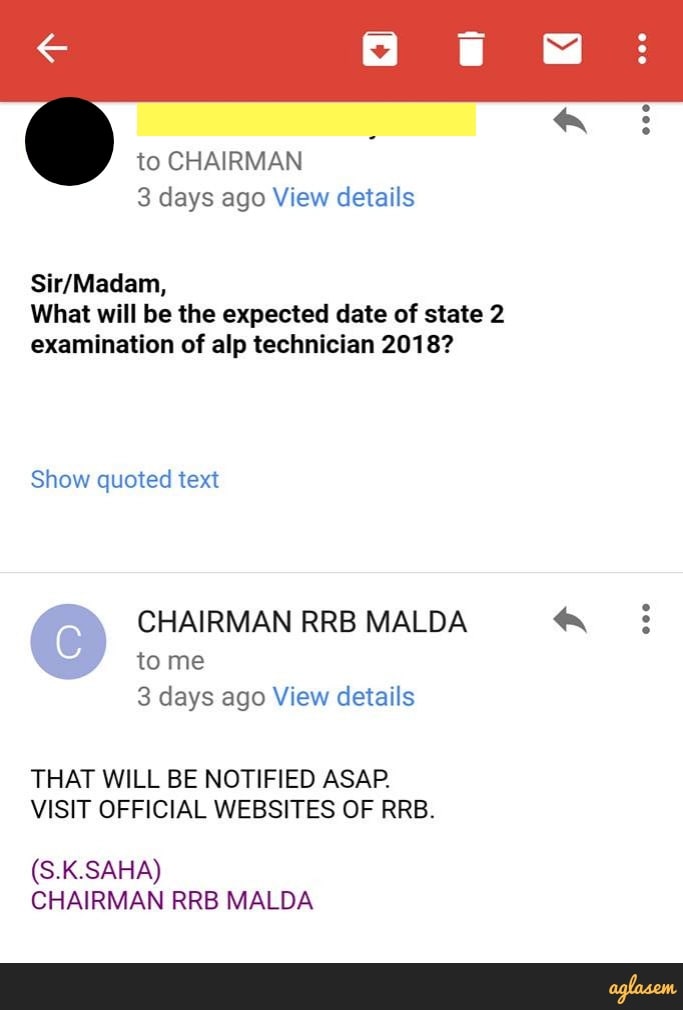 9.6 Lakh candidates will be shortlisted for CBT 2 for which date will be announced officially by RRBs. However reports suggest that CBT 2 exam date is likely to be 19 Nov 2018. Candidates shortlisted will be issued admit card / hall ticket for it through which they will get to know their exam date, centre, shift.

Upcoming CBT 2 or second stage, shall have two parts – Part A and Part B. Part A will be of 1.5 hours duration containing 100 questions on Mathematics, General Intelligence and Reasoning, Basic Science and Engineering, General Awareness on Current Affairs. Part B will be of 1 hour duration with 75 questions on trade syllabus prescribed by DGET (Director General of Employment & Training).

The revised number of vacancies are 64371. Simultaneously, the RRB Group D (level 1 of 7th CPC pay matrix) exam is also going on for 62907 vacancies which will be held until 17 Dec 2018 and for the same, admit cards are available.