The wait is over for the aspirants who want to pursue the MBBS and BDS courses and have appeared for the NEET 2018 Exam. The exam was held on the May 6 2018 and the qualified candidates were eagerly waiting for the result of the second round of counselling. The Medical Counselling Committee Has released the result of the Second round allotment for the NEET Exam based counseling for admission to the Medical and Dental Courses. MCC has uploaded the result on its offcial website mcc.nic.in.

On 1st August, the result for the AIQ category was declared and the result of the second round of counselling for the ESIC is now also announced on the offcial website. 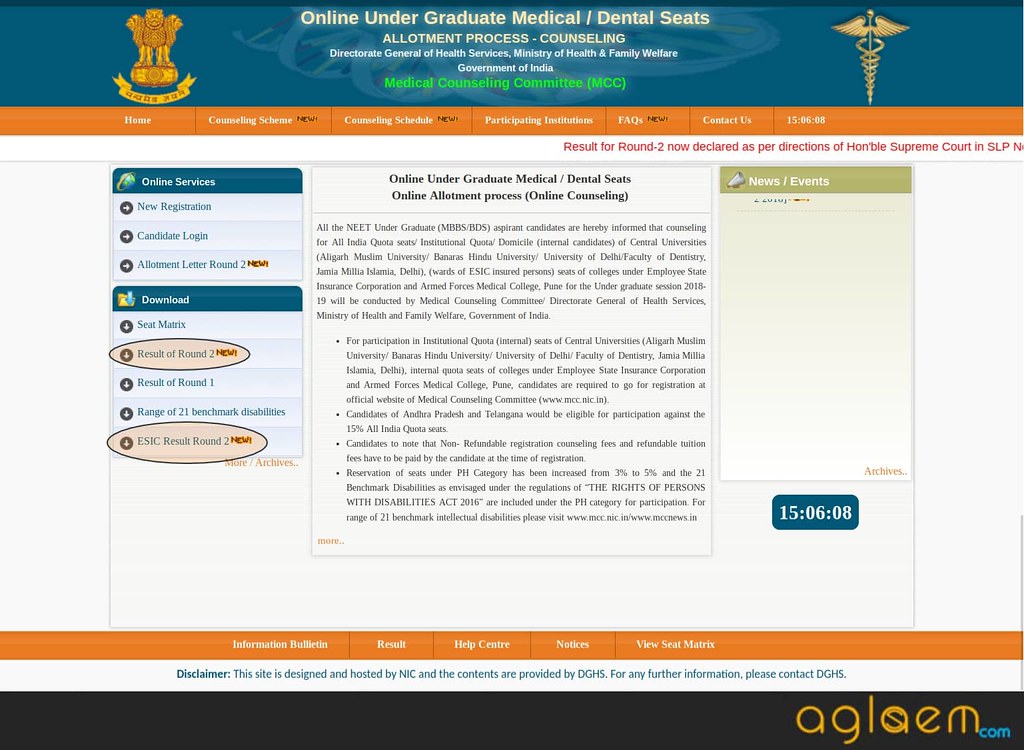 Those candidates who want to check the result of the 2nd round of the counselling procedure can check the same by visiting the offcial website mcc.nic.in. Thereafter, the students have to click on the NEET Round 2 Seat Allotment Results. The students will get to see the list in the PDF format. It is advised for the students to take a printout of the same for future reference.

Earlier the MCC had suspended the counselling for the second round because of Madras high courts decision of awarding 196 grace marks to the students who appeared in the NEET 2018 exam in tamil language. There were about 49 erroneous questions for which the students complained that the translated version from the Tamil language to the English language confused them. Because of this, the MCC had put a halt on the NEET 2018 counselling for the second round. However, the court later allowed the MCC to release the list for the second round of counselling after CBSE moved the SC against the order claiming that they have clearly mentioned in the information bulletin that they will provide a bilingual question paper and in case of discrepancies, the English language version of the question paper will be treated as final.

NEET is recognized as a national level exam for entrance to the MBBS and BDS courses. Except for the AIIMS and JIPMER, all the other medical institute take admissions on the basis of the marks scored in the NEET exam.

NEET 2019 Aspirants can note that from the next year onwards is expected that the National Level NEET exam will be conducted twice a year. Also, the conducting body has been changed and the National Testing Agency (NTA) will now organize the NEET Exams.