RRB Admit Card 2018 is first being issued for the RRB ALP and Technician (CEN 01/2018) first stage computer based test. As per the notice that RRBs released, all candidates can download admit card from the candidate login from exactly four days prior to exam. This makes the first date on which admit card of RRB Recruitment 2018 is becoming available as August 5, which is just two days away.

Once the admit card is issued, candidates have to login. In order to login one has to use User ID and password. Password in the case of RRB Candidate Login is date of birth in dd/mm/yyyy format.

Candidates are supposed to carry print out of RRB Admit Card 2018 which they have downloaded from candidate login to the exam hall. In addition they may have to take important documents as outlined in instructions.

The board has already made exam date, session, city of candidates available on candidate login (for ALP and Technician posts first stage test) from July 26 onwards. Thus already 47 lakh candidates have been told about their examination date, timing and city. Knowing this, one can login to RRB candidate login and download RRB Admit Card 2018 if they have applied for the Assistant Loco Pilot and Technician exam. 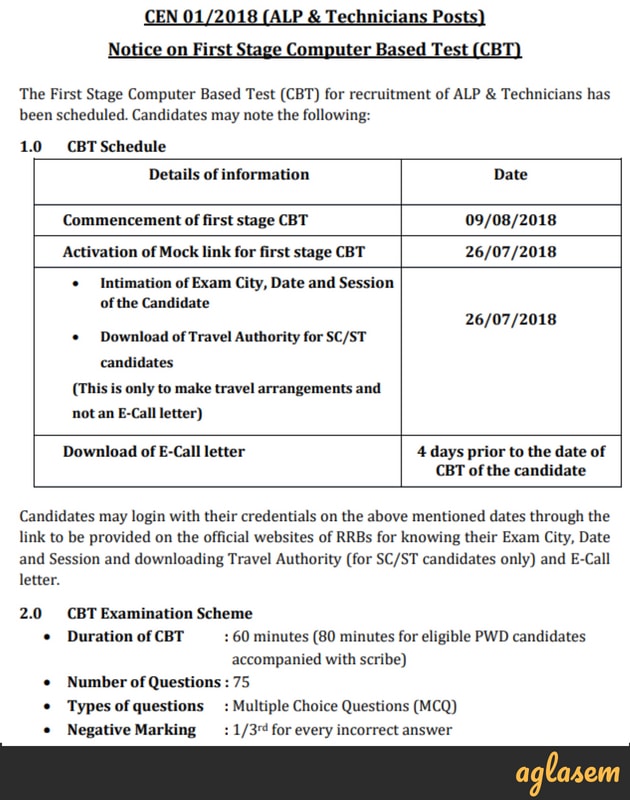 Once the exam centres for RRB ALP recruitment 2018 were issued, candidates had raised concerns over being allotted exam centres in far off places. In response, railways issued a clarification on why this was done.

Railway Recruitment 2018 on A Massive Scale

Railway Recruitment 2018 is anticipated to be for 2 lakh vacancies this session. This is a golden chance for government job aspirants to fulfill their dreams.