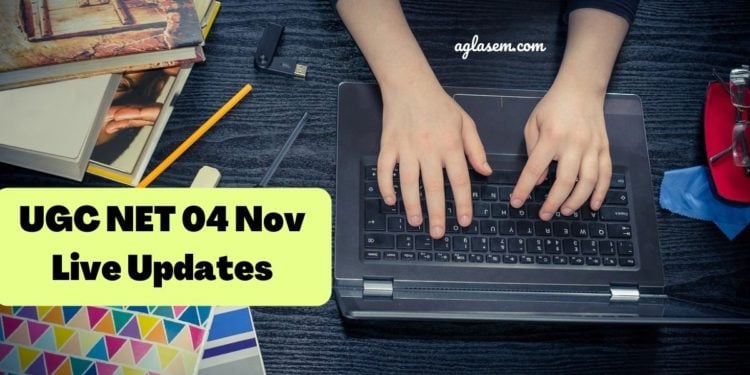 The UGC NET 2020 day 08 exam were held on November 04, 2020. The UGC NET exam takes place in two shifts. Shift 01 begins at 9:00 AM and ends at 12:00 PM, while, shift 02 starts at 03.00 PM and gets over at 06.00 PM. We are providing all the latest updates, important information, cut off, exam analysis, and memory based answer keys of today’s exam on this page. The UGC NET 2020 exam is conducted by the National Testing Agency. As per the schedule, the UGC NET exam commenced on September 24, 2020 and will continue till November 13, 2020. The first seven days of the exam are already over. Candidates can visit the official website at ugcnet.nta.nic.in for more details about the UGC NET exam. Candidates are appearing in Paper 1 & Paper 2 can get UGC NET 2020 (04 Nov) live updates at Aglasem.

NTA will conduct the UGC NET paper for following in the first and second shift, tomorrow i.e. November 05, 2020.

Last year, cut off for Urdu was as follows:

NTA has successfully concluded the UGC NET exam 2020 of shift 2. The detailed exam analysis and memory-based answer key will be available shortly.

Check below the State Eligibility Tests (SET) for Lectureship:

Last year, cut off for Commerce Subject was as follows:

Last year, cut off for the Malayalam exam was:

Candidates cannot take any baggage in the examination hall, and NTA does not take any responsibility for the items stolen or lost. No textual material is allowed such as DocuPen, Slide Rules, Calculators, Log Tables, and Electronic Watches with a calculator, mobile phone, printed or any kind of written material, bits of paper, Bluetooth devices, pager or any of the electronic gadget/ deviceetc. Smoking, spitting, chewing gutkha or any kind of eatables are prohibited inside the examination hall.

UGC NET exam 2020 is conducted in CBT mode and the exam consists of two papers, where candidates have to answer multiple-choice questions. Students get no break between the papers. Paper 1 is of 100 marks and carries 50 questions, Paper-II is of 200 marks and has 100 questions. Candidates get 03 hours of time to answer the questions and all the questions are compulsory. Correct answer add +2 marks to the candidates score whereas there isn't any provision of negative marking so wrong answer doesn't lead to any marks deduction.

The UGC NET exam of second shift has been dedicated to the following paper:

Last year, cut off for the Telugu exam was:

Things allowed to be taken inside exam hall

Candidates are allowed to carry the following items with them at the examination hall:

Last year, cut off for the Russian exam was as follows:

Last year, cut off for the Punjabi exam was as follows:

Last year, cut off for the Marathi exam was as follows:

Last year, cut off for the Assamese exam was:

Paper 1 of UGC NET 20220 contained 50 MCQs and 100 marks. Paper 2 had 100 MCQ's on Practical Russian, Phonetics and Phonology. Lexicology and Phraseology, Morphology and Word formation, Word formation. Stylistic usage of word formations, Syntax, Translation: Theory and practice. Methods of teaching Russian as a foreign language, Methodology of teaching Russian as a foreign language, Culture and Civilization, Major Literary trends, methods and themes of 19th century, 20th century and of the, Distinctive features of main literary genres, Elements of the literary works, Biographical details and major works of the authors, Russian Folklore: Features and classification, Close reading of the following literary works (up to the end of the 19th century), Analysis of the following literary works (20th century onwards)

NTA has successfully conducted the paper of Assamese(36), Malayalam(22), Marathi(38), Punjab(24), Russian(41), Telugu(27). The detailed exam analysis and memory-based answer key will be shared in a while.

The candidate's self-declaration form is attached to the UGC NET 2020 Admission Card by National Testing Agency. Applicants must download and print out the four-page document, i.e. the admission card, the exam directions, and the self-declaration form. It is mandatory for the attendee to have the undertaking signed by their parents before reaching the examination hall.

NTA has not proposed strict dress code guidelines for the UGC NET 2020 test, but the instructions specify that candidates should not wear dresses that have large buttons and metal items. Candidates with Kirpan or Kada should report to the centre at least one and a half-hour before the test so that the requisite checks are carried out.

Shift 1 of UGC NET 2020 day 8 has successfully begun at 9:00 AM today. The exam will get over at 12:00 PM and we will be sharing memory-based answer keys and exam analysis and on this page. Stay tuned.