A day after Railway Recruitment Board (RRBs) released the RRB NTPC application status 2020, for RRB CEN 01/2019, candidates whose forms have been rejected are asking for modification link. 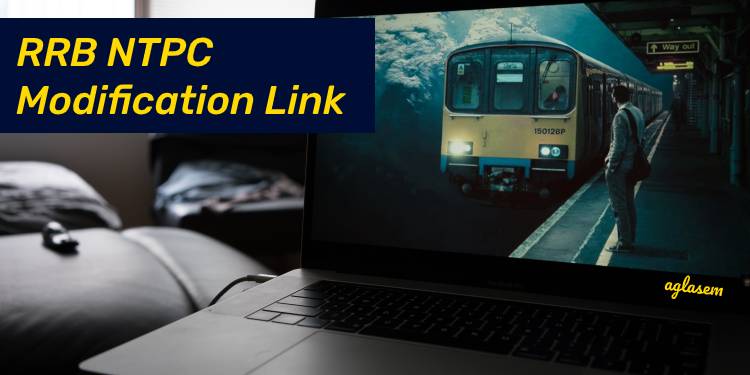 Candidates whose application forms for RRB NTPC recruitment against RRB CEN 01/2019 have been rejected want RRBs to provide a link to modify the application form. They want to make corrections in the form such as re-upload photograph and signature so that their forms get accepted. Only accepted status candidates will be issued admit cards for RRB NTPC exam scheduled to be held from December 15, 2020.

Yesterday, RRB NTPC application status 2020 was released. Since then, a number of railway job aspirants have tweeted with the hashtag #RrbNtpc_ModificationLink. Most tweets are from candidates whose forms have been rejected due to incorrect photograph or signature.

Some also claim that they had uploaded the same photograph or signature in the previous railway recruitment exams. Their images were accepted in RRB ALP or RRB Group D or RRB JE exams, but have been rejected in RRB NTPC exam.

This, they feel is confusing because the parameters for photograph and signature were the same for all exams.  So if it was accepted in one exam, it should be accepted in all others as well.

A few candidates whose forms were rejected due to multiple application submissions, or duplicate information are also tweeting to various officials to consider their candidature.

Until now there is no word from any of the RRBs about making RRB NTPC 2020 modification link available.

Those who have not yet checked RRB NTPC application form status can go to rrbonlinereg.co.in. Then select the RRB and login with their registration number and DOB to check whether their form was accepted or rejected.

It is important to note that RRBs had provided modification links to candidates whose forms were rejected for the Group D recruitment exam against CEN 02/2018. In that recruitment, the boards had received several complaints from candidates about invalid photographs. After which they had first given a chance to send representation and then activated a login link to upload the correct photograph.

For the RRB NTPC exam, candidates were supposed to upload their own photograph in JPEG format, of size 20 to 50 kb. The signature was also ought to be JPEG of size 10 to 40 kb.

Photograph was supposed to be a color passport size photo with white or light color background. Its dimension was to be 35 mm by 45 mm or 320 by 240 pixels. It should have been scanned with 100 dpi resolution, and should have been taken after 01.01.2019 in a professional studio. In it, the candidate’s face should occupy more than 50% of the space.

Signature was to be done on a white paper in black ink pen within a box of size 50 mm by 20 mm. It should have been in running handwriting and not capital or block letters. Dimension was to be 50 mm by 20 mm or 140 by 60 pixels.

Invalid photograph and signature are the most common reasons of application form rejections in railway recruitment exams. In the most recent case, when RRB Group D application status were released last year, then too it was reported that over a lakh forms were rejected for this reason. In that recruitment as well candidates were given a chance to submit complaint against the decision of acceptance / rejection, and a final status was displayed after that.