The Railway Recruitment Board (RRB) has started the facility for the candidates to choose the RRB wise Post Preference for ALP and Technicians. This facility is open for those candidates who have applied for the posts of ALP & Technicians in general and not to any specific RRB. The RRB conducted the 1st stage, i.e. Computer-based test from August 09 till September 04, 2018.

As per the notification published for RRB ALP & Technician, it was indicated that the option for RRB, Railway and Posts shall be taken from among the candidates securing minimum qualifying marks in the 1st stage CBT.

The candidates should note that the RRBs provide a common link for completing the activities such as checking the exam date, session or downloading the admit card. However, for this, each RRB has launched its own URL and the candidates should select the RRB for which they have appeared for. The RRB has started different URL for the Post selection because it has revised the number of vacancies for RRB ALP Technician and it is important that the candidates should check the revised vacancy for his/her resepctive RRB and then select the post.

The candidates can choose the option for RRB, Railway, and Posts through online mode only at the official website of the RRB. To avail this facility, the candidates need to visit the RRB website, and then click on the link which says “Click here for RRB wise Post Preference (ALP & Technicians)”. Log in by entering details such as User ID and Date of Birth. Submit the login credentials and this will take the candidates to RRB selection page. 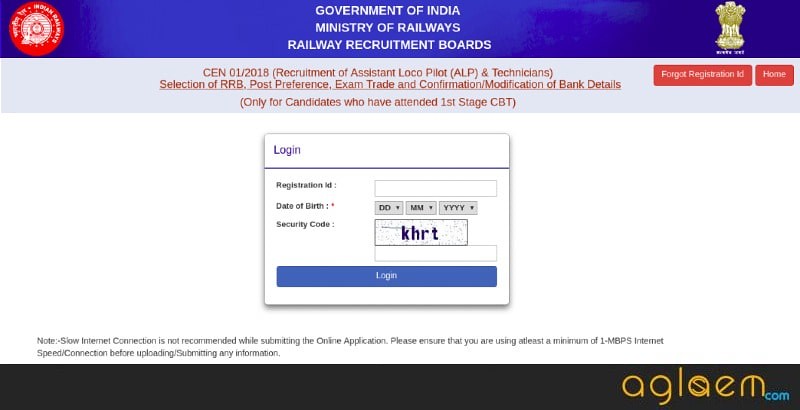 To select the RRB, Candidates need to click on the button against the RRB Name and Click ‘Save and Next’ button at the bottom of the page. After selecting the RRB, the list of posts for which the candidate is eligible, will be displayed to enable the candidates to enter the priority number in the order of their preference. He/she will be considered only for the posts for which the post preference has been entered.

Next, the candidates will be directed to the page where they can select the Exam Trade for the 2nd Stage CBT.

The candidates must complete this activity before the last date which is October 01, 2018. 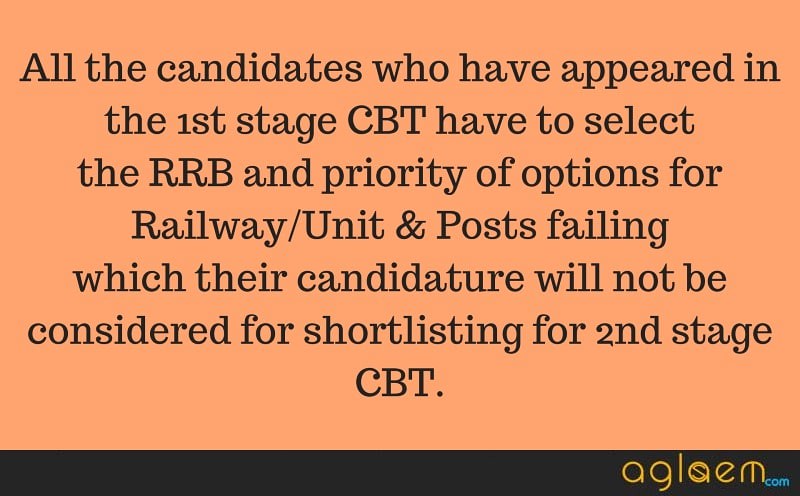 The candidates can indicate as many choices as they wish to, as they are eligible for. Furthermore, in case, any candidate opts for only few posts, he/she will be considered only for those opted posts and not for other posts.

Those who will qualify in the Part B of the Second stage CBT in the chosen trade shall be considered eligible for all the posts for which they possess prescribed minimum educational qualification based on their merit in Part ‘A’ of 2nd stage CBT. 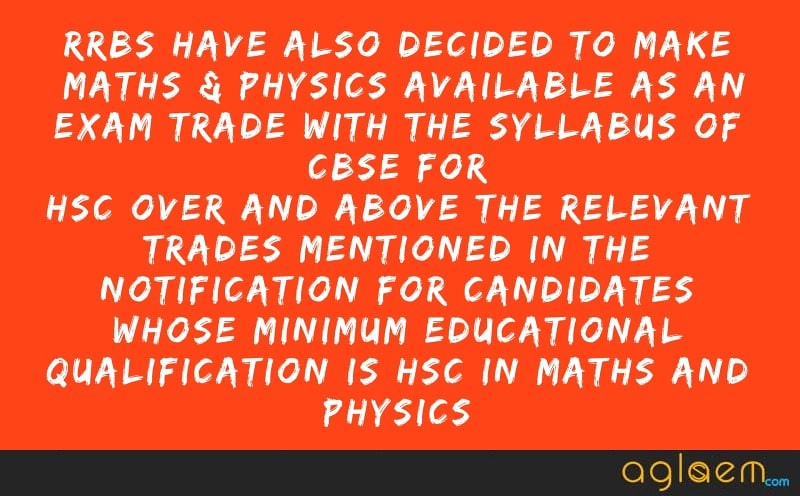