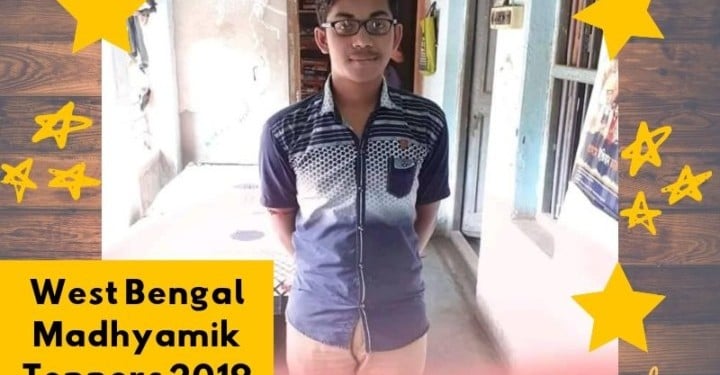 1st rank has been bagged by Sougata Das from Mahammadpur Deshpran Vidyapith School Purba Medinipur. He has scored 694 out of 700. His marksheet reads 97 in first language, 99 in second language, 100 in mathematics, 100 in physical science, 99 in life science, 99 in history, 100 in geography. 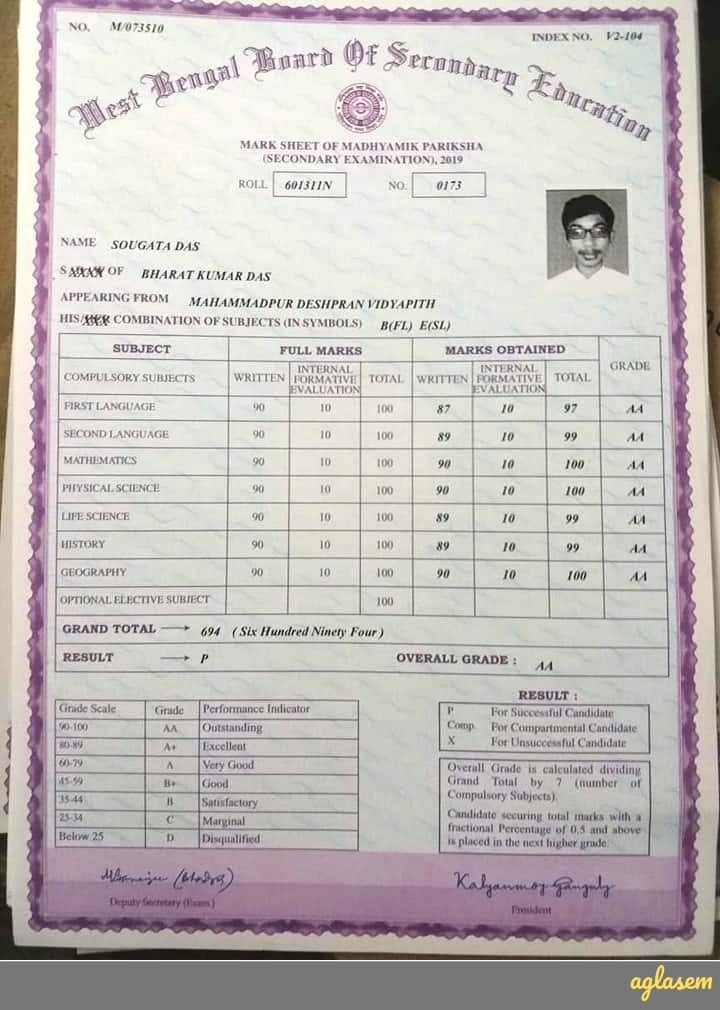 2nd rank is shared by Shreyasi Pal and Debasmita Saha. They are respectively from Falakata High School, Alipurduar, and Iladevi Girls High School. They have both got 691 marks.

3rd rank is secured by Camelia Rai as well as Bratin Mandal. Camelia is from Raiganj Girls High School.  Whereas Bratin is from Santipur Municipal High School in Nadia. Both have scored 689 marks.

4th rank is taken by Aritra Saha. He is from Barobisha High School, Alipurduar. Marks secured by him are 687.

7th rank is grabbed by Gayatri Modak from Iladevi Girls High School, Anik Chakroborty from Ghatal Vidyasagar High School , and Saptarshi Dutt from Bedibhawan Rabitirtha Vidyalaya. They are just one mark behind sixth rank at 684 marks.

As young students check West Bengal Board Result 2019, it is befitting to congratulate everyone for crossing this milestone. Marks play a role in our lives, but it is not everything. There are several roads to travel and several miles to go before we reach our destination. And everyone who has the will, will have the way.

Maharashtra HSC Result 2019 Date: Here is when to expect result at mahresult.nic.in