Railway Recruitment Board (RRB) has released a new notification regarding increase in RRB ALP & Technician 2018 vacancies. As per the initially released CEN 01/2018, the total number of vacancies under RRB ALP Recruitment was 26,502 vacancies, however, now the number of the vacancies have been increased to 64371 now. 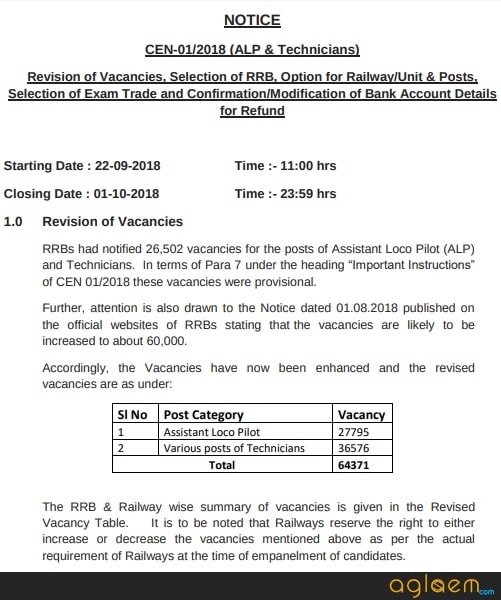 Also, the RRB is giving an opportunity to the candidates to select the RRB and fill up the priority of Options for the Railway/Unit and posts. Now that the objection tracker and the answer key for the RRB ALP First stage exam is available, the Board has decided that all the candidates who appeared in 1st stage CBT will be permitted to select the RRB and fill the option for the Railway/Unit and posts. 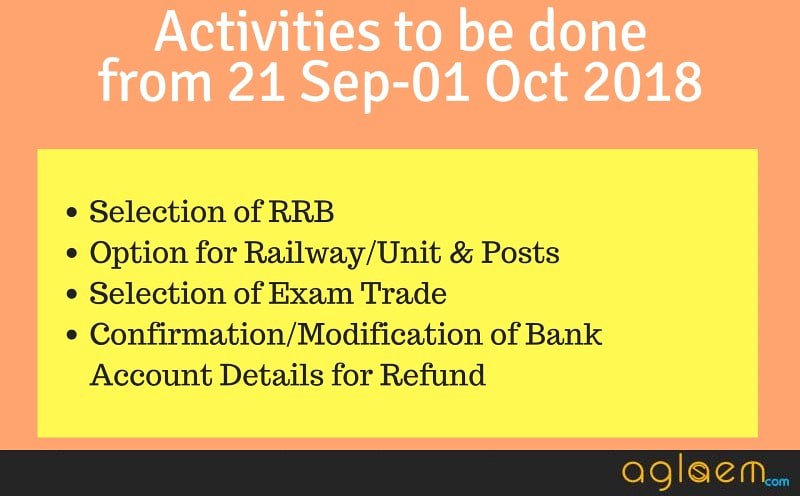 In another part, the Board has facilitated refund of application fee to the candidates. To avail this facility, the candidates need to confirm Bank Account Details viz Beneficiary Name, Bank IFSC Code and the Account Number to which the refund is to be credited.

The candidates need to complete the activities such as RRB and filling up the priority of Options for the Railway/Unit and posts, Selection of Exam Trade, and Confirmation/Modification of Bank Account Details for Application Fee Refund from September 22 till 01 October 2018.