The magic mantra shared by NEET AIR 1 Mrinal Kutteri for all the candidates preparing intensively for the NEET exam in future is Experiment, Devise and Stick to what suits you. 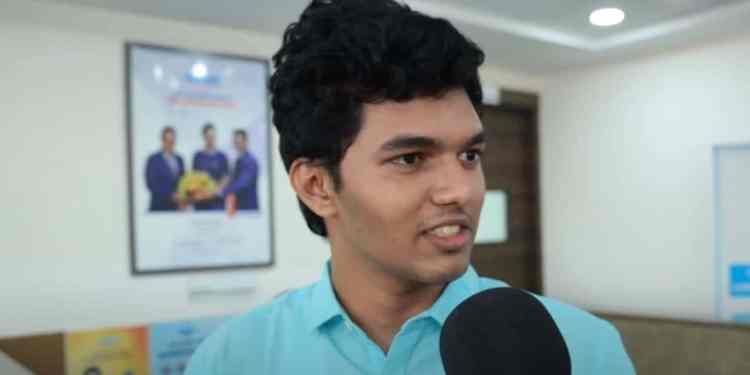 Mrinal Kutteria a student of Akash Institute wanted to be an Engineer until class 7th. However, after that, he changed his mind and prepared for NEET 2021 to pursue Medicine. His interest in this field came after he started playing video games based on Army. In a bid to serve the army, he wanted to become an Army doctor. However, after several changes of mind, he finally focussed on medicine and prepared to pursue MBBS.

Excited about his latest achievement, he told that he is going to be the first doctor from his immediate family. When asked about the schedule he followed to crack NEET 2021 with AIR 1, Mrinal said, that timetables are not his cup of tea. He elaborated that he has made multiple timetables and schedules but always fail to stick to them. “Even though every day I thought that I would follow a systematic approach to study but I failed miserably in doing so”, quoted Mrinal

After scrapping the idea of a systematic approach to studying for the NEET exam, Mrinal improvised on a lot of things. He used to merely study for 45 minutes and then go for a break, as studying for longer hours was not the ideal way for him. Hence, then he started making goals for every day and then sticking to them and making sure that they are completed on the same day.

While preparing he also busted a myth that longer hours to study result in a good academic record. He studied in batches but made sure that he is able to grasp everything in that time frame. Spilling beans on the secret ingredient that worked for him in cracking NEET 2021 exam with AIR 1, was following “what works for you“! He further said, every student is different and therefore they must look out for what works for them and help them in achieving their goals.

NTA has released the NEET 2021 result today and now the candidates are awaiting the official counselling schedule. Once that is released, candidates will be able to take up admission in the MBBS or BDS course on the basis of their ranks and marks scored in the entrance exam.