The path towards success is filled with mistakes. Take a look at how Karthika learnt from her mistakes and stood up victorious. 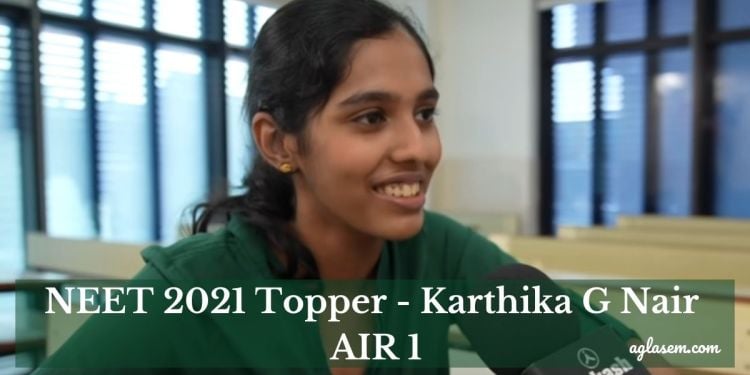 Karthika G. Nair strongly affirms the philosophy of making mistakes. These mistakes are acceptable as long as one learns from them. For Nair, silly mistakes have always been a problem. At times, she also became disappointed as to what she made those mistakes. Her constant fear was what if she made the same mistakes in the final examination. However, during these stages, it was her parents who kept her motivated and told her to learn from those mistakes.

According to Nair, her parents played a very important role. Her favourite subject is Biology, especially Zoology. However, her least favourite subject was Physics as it involved a lot of calculations and she always had a problem with numbers since childhood. Nevertheless, one has to study the subject as nothing can be done about it. After completing her 11th standard, when she was all about to start with the 12th, the lockdown was announced. Everything switched to the online mode and she found this development quite difficult in the beginning.

When you are with your peers, it is easier to understand things. Initially, it was difficult but my teachers worked very hard.

Every time Karthika had doubts regarding anything, she would go back to the recorded lectures and watch them again and again. She shares her credit with Aakash Institute as she got immense help and support during the lockdown period. Her advice to all the upcoming NEET aspirants is to attend all the classes. Skipping classes is not correct because when one listens to the same thing multiple times, it gets encrypted in the mind. If an aspirant wants to learn from their mistakes, then it is very important to attend all the tests. It’s okay to make mistakes and it’s also okay to learn from them.