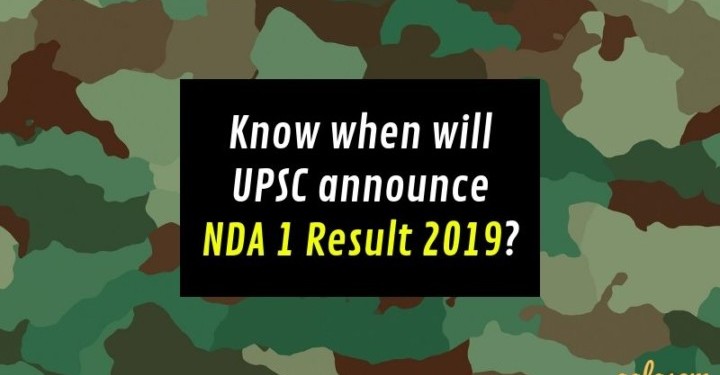 On the other hand, there seemed to be higher chances of result being announced this month only as the official notification of UPSC NDA & NA (I) 2019 mentions that the result is likely to be declared in June.

NDA & NA exam is held twice a year by the Commission. It is one of the only two ways to join Indian Army with class 12 qualification. This makes the exam extremely popular among young defence aspirants.

Ever since the first NDA exam of the year, NDA 1, concluded on the third Sunday in April, its test takers have been seeking its result. The official notification of UPSC NDA & NA (I) 2019 mentions that the result is likely to be declared in June.

Now that 50 days since exam date are over, candidates have started more eagerly looking for the result. To throw some light on the matter, we called the office to know when will UPSC release NDA 1 result 2019. As per the communication, the Union Public Service Commission releases NDA results 3 months after exam date.

Any specific date for the event has not yet been fixed. Although it is not usual for the Commission to communicate exact result dates beforehand for any of the exams it conducts.

Despite the communication that NDA result should be expected 3 months after exam date, there are still chances of the same being announced sooner. That is because the Commission always strives to provide exam results sooner to shorten the period of wait for test takers, and to make the selection process smoother.

UPSC will also release answer key of the NDA and NA exam, but only after final result. The Commission does not publish question papers, answer keys, responses of candidates or invite objections before declaring results. Nevertheless several unofficial answer keys of NDA 2019 are already available online.

The candidates who qualify as per result of written exam will be called for SSB interview process which will last for five days. Candidates have to qualify both written exams, as well as SSB tests. Then merit will be drawn on basis of combined scores of the two.

NDA I 2019 shall lead to admission to the Army, Navy and Air Force wings of the NDA for the 143rd Course, and for the 105th Indian Naval Academy Course (INAC) commencing from 2nd January, 2020. There are 392 vacancies. Vacancies are divided among National Defence Academy, with 342 seats, and Naval Academy, with 50 seats. In National Defence Academy, the 342 seats are divided into 208 for Army, 42 for Navy, and 92 for Air Force.

AIEEA UG and PG Admit Card 2019 Delayed, Download it from 17 Jun at ntaicar.nic.in