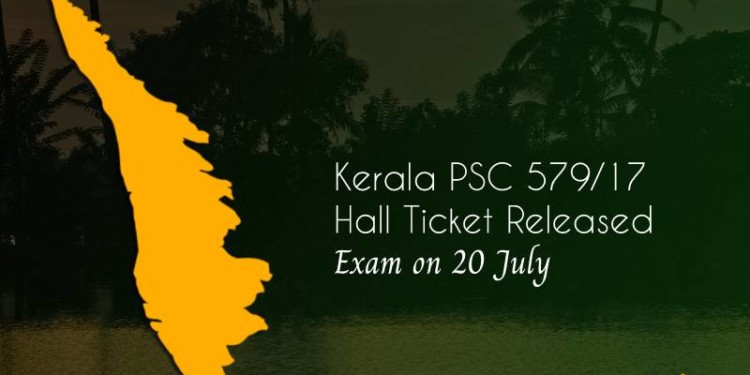 Kerala Public Service Commission (PSC) has released hall ticket for Assistant Grade 2 (579/2017). Candidates can login using user ID and password in profile to get admit card. Kerala State Housing Board Assistant Grade 2 exam is scheduled to be held on July 20, 2019.

Kerala PSC Hall Ticket 2019  is issued for candidates who had successfully submitted online application form on or before May 11, 2019. They can now download admission ticket through one time registration profile at thulasi.psc.kerala.gov.in/thulasi/. One time registration is the portal started by PSC Kerala for all notifications released after 2012; anyone who wishes to apply for any exam in PSC Kerala have to simply register once and use same user ID and password for all exam hall ticket, and result.

Forgot password link is also available at the portal. It leads to a form where one has to enter User ID, date of birth, ID proof given in profile, ID proof number. Upon password reset, new password becomes first six characters of user ID, followed by DOB digits without any special characters. However, if User ID is misplaced, then candidates need to call help desk to track it.