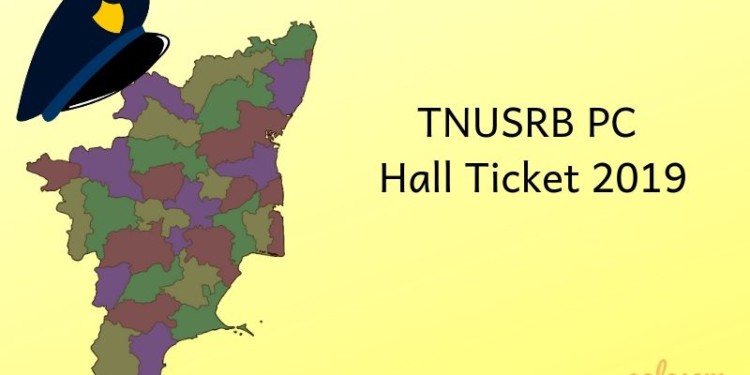 With regards to the TNUSRB recruitment 2019, government job aspirants in Tamil Nadu are waiting with bated breath for notification on exam date and hall ticket release. Insofar, reports suggest that written test for 8862+62 (backlog) vacancies for grade II Police Constable, grade II Jail Warders and Firemen for year 2019 will be held in July. Further, exam date is likely to be July 14, 2019.

Recently, a document bearing number RC.No. 104132/ Rect l (1)/ 2O19 and titled “Proceedings Of The Director General Of Police. Tamilnadu” has been floated online. As per it, sub-committees and super check officers have been nominated for conduct of the exam.

As per the letter, TNUSRB is conducting written exam for constable, firemen, and jail warder in July. In such a scenario, candidates may expect hall ticket for TNUSRB constable 2019 this week or next. The same shall be released at official website tnusrbonline.org. Candidates will be able to get their admit card by logging in with user ID and password. Facility to retrieve user ID and password, in case one has forgotten them, is also available.

In response to the same, the police department has asked Inspectors General of Police in zones and Deputy Inspector General of Police in ranges to make necessary arrangements. Members will also supervise in order to ensure use of unfair means during exam. IGP / DIGP are also being appointed as super check officers for 32 centers.

Complete list of members are to be sent to TNUSRB for nomination. In the above-mentioned document, list of super check officers as well as sub-committee members is attached.

Tamil Nadu Uniformed Services Recruitment Board (TNUSRB) had released notification for Constable, Firemen, Jail Warder recruitment in March 2019. Candidates could apply online until April 2019. Thereafter, the board was caught up in a hearing for accepting applications from three transsexuals, to which, Madras High Court has now ruled that their applications will be accepted. TNUSRB has been directed to allow the transsexual applicants who were earlier not allowed to apply having passed age criteria.