Central Board of Secondary Education (CBSE) was in a fix when reports of paper leak started circulating. Initially, the Board denied any irregularity but the notice released on March 28, 2018, says a different story. The recent notice by the Board states that the re-exam will be held for CBSE Class 12th Economics (030) and Class X Mathematics (041) subjects.

As per the issued notice, the reason for re-conduct of the examination is to uphold the sanctity of the Board Examination and in the interest of the fairness to the students. This indicates that the Board acknowledges the leak and is ready to take action against it. 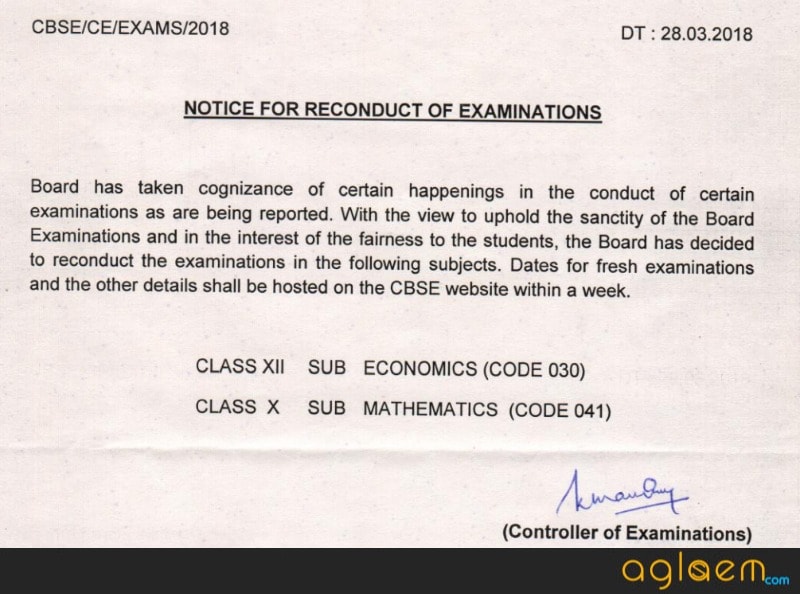 What will be the Difficulty level of Re-Exam?

It is a wrong perception that the difficulty level of re-conducted exams is tougher. The Board will maintain the same level of the examination. However, some might find it difficult due to various reasons. Similarly, few candidates might also find the re-exam easier.

By now, the students very well know that the questions in the exams, this year, are straightforward. No question in CBSE Class 10th Mathematics question paper or CBSE Class 12th Economics question paper was out of syllabus. Hence, candidates can use this golden opportunity to score well. The best strategy at this point should be to solve as many past year papers, sample paper, and mock tests as one can. It has also been noticed that most of the questions in the exam were from NCERT. So, if you missed solving NCERT during the preperation, this is the time to do it.

CBSE is only conducting the exam again for the Class 12th Economics and Class 10th Mathematics examination. However, the first report of the paper leak was for Class 12th Accountancy, which was held on March 15, 2018. The images of SET II was circulated in WhatsApp a night before the examination. Since Board has not address Accountancy in the notice, the students are disappointed and demand fair conduct of the exam.

The pattern of paper leak so far!

As per the reports, all the leaks were carried out online. Earlier, the paper was sold to students via illegal mediums. This year, all the leaks have been done majorly via WhatsApp. Images of question paper were also appeared on Facebook but majorly the free images circulated on WhatsApp. Interesting thing is that for no examination the entire questions paper was leaked. Always portions or sets of the paper reached to students, a night or two before the exam. Like, in Accounts Set 2 was leaked, in Economics Set 3 was leaked, and in Mathematics as well Set 2 was leaked.

Who Leaked the Paper?

Only a sly can carry out such acts. No confirmation has been given about the source of the leak so far but it has been reported that all the leaks were from Delhi and Rohini region. More details and actual source will only be revealed after the investigation.

Students are to be blamed Equally

We agree that there are hardworking students who aim to score well by burning lamps day and night. But few seeking shortcuts make it difficult for everyone. If students will not seek these shortcuts, then there will be no leak. Hence, students need to understand that they can only make thier future by studying and not by cheating. 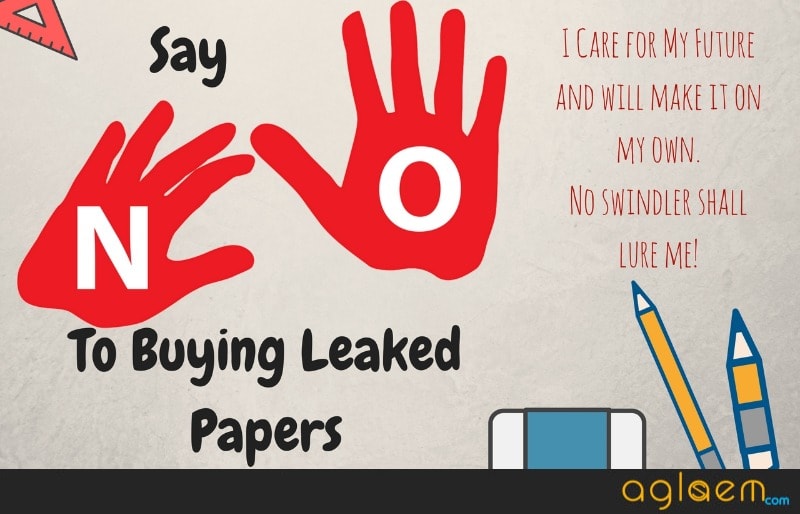 We wish you all good luck for the re-examination. Do not miss out this chance to score well in the exam. You can also tell us your view on the matter. Should there be a re-examination of Biology, Accounts, and Social Science or there should not be any re-exam at all? Speak out your thoughts, let us know in the comment section below.

CBSE 12th 2018 Biology Paper Review – This is what students, teachers have to say CBSE Class 10th Board Exams 2021 Cancelled, Know How Students Will Be Passed 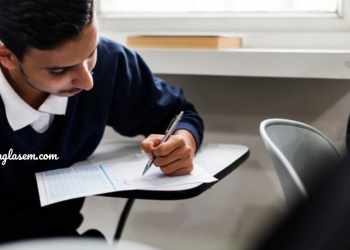 CBSE Board Exams 2021 Postponed? Not Yet, But Possible – Latest Update

CBSE 12th 2018 Biology Paper Review - This is what students, teachers have to say

CBSE Board Exams 2021 Postponed? Not Yet, But Possible – Latest Update