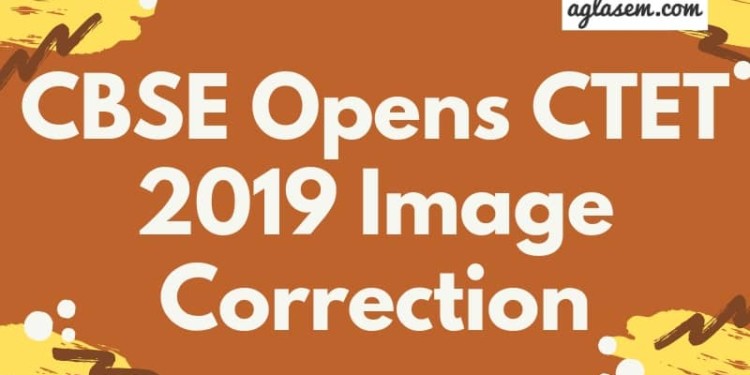 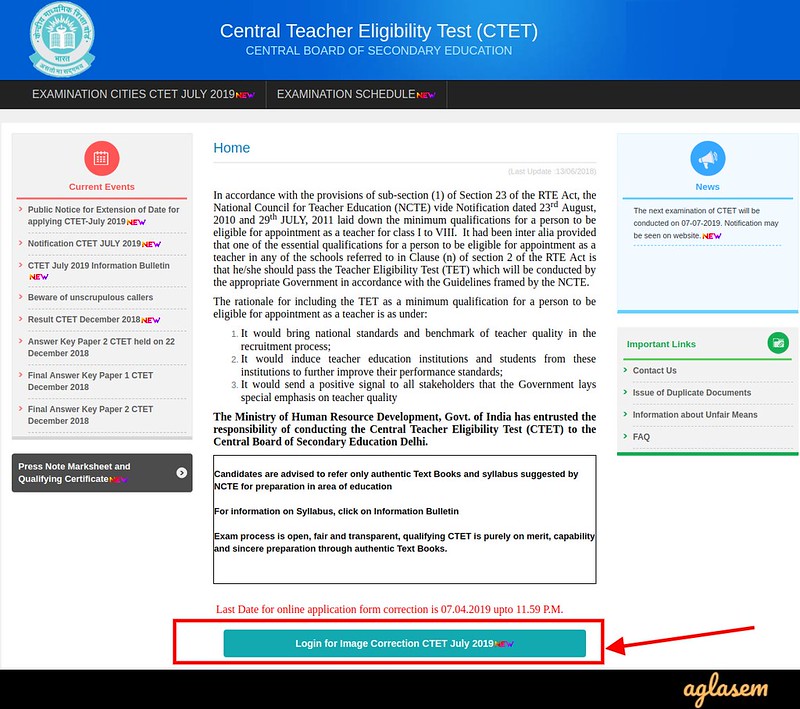 The candidates who have registered for CTET 2019 on time those can only do the image correction in the application form. The scanned image uploaded in the form must be in jpg / jpeg format. The image dimension of the photograph must be of 3.5 cm (width) x 4.5 cm (height) and the size must be of 10 to 100 KB. The candidate’s uploaded photograph must match from the original identity card (aadhaar card, pan card, passport, etc). The uploaded image must be clear and not hazy. The candidates face must be focused on the image. Do not upload Selfie or scenery background photo.

After doing the correction the candidates whose online forms are accepted for those only CTET Admit Card 2019 will be issued. It is expected that the admit card will be released 02 weeks prior to the CTET exam. The CTET 2019 examination is scheduled to be conducted on July 07, 2019 (Sunday). The admit card will be issued at the official website and it is not sent by mail or post.

Central Teacher Eligibility Test is consist of two papers. The Paper – I and Paper – II is for the candidates who want to be a teacher of class I to V and class VI to VIII students. CTET will be held for 20 languages For normal candidates, test duration will be of 2 hours and 30 minutes and the differently abled person will be given 50 minutes more for completing the test. Paper – I and Paper – II timing will be from 9:30 a.m to 12:00 p.m and 2:00 p.m to 4:30 p.m, respectively.

After successful conduction of the examination answer key will be released. The applicants appeared in the examination will be also able to seek a photocopy of their OMR Sheet of CTET along with calculation sheet by paying the fee of Rs.500/- per OMR. As per the CTET 2019 official notice, the result will be declared within the 06 weeks of examination. The candidates who qualify the test by obtaining the minimum passing marks those will be awarded by the Teacher Eligibility Certificate.

CoA to Announce NATA 2019 Result by Midnight or Tomorrow Morning

CoA to Announce NATA 2019 Result by Midnight or Tomorrow Morning