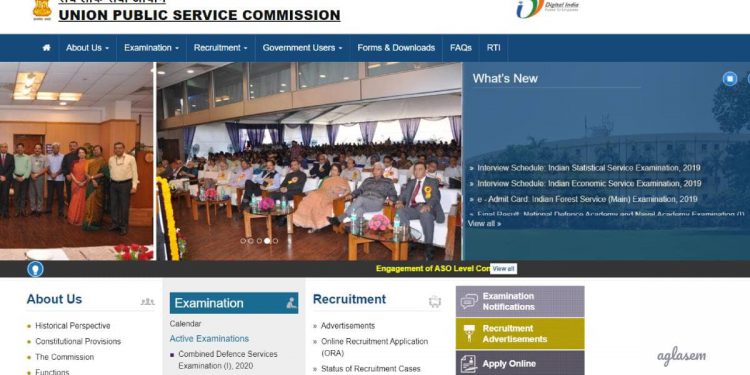 Union Public Service Commission (UPSC) has made an important announcement related to Indian Economic Service, Indian Statistical Service examination 2019. The commission has released interview schedule for candidates who were declared qualified as per written test results.

For IES, a total of 69 candidates will be appearing for interviews. Whereas for ISS, there will be 84.

As per the commission’s original IES ISS 2019 notification, the interview will be taken by a board of competent and unbiased observers. They will be having records of their own career.

Through the interview, the panel will try to assess suitability of candidates for the services. It will supplement the written exam and will involve test of general as well as specialised knowledge and abilities. Besides academic activities, it will be expected from the candidate that he or she have taken an active interest in happenings around him or her.

As far as current events are concerned, knowledge pertaining to India and the outside world both will be important. In the country, an active knowledge of one’s own state will also be important. In UPSC’s words ” The candidate will be expected to have taken an intelligent interest not only in his/her subjects of academic study but also in events which are happening around him/her both within and outside his/her own State or Country as well as in modern currents of thought and in new discoveries which should rouse the curiosity of well educated youth.”

Last time UPSC had announced written results for IES ISS in September, conducted interviews in November, and then announced result by end of November. Thus it is expected that this time also the commission could declare the final IES ISS 2019 result by end of January 2020. Marks of all candidates will be available around fifteen days after results.

This time there are 32 vacancies in IES, and 33 in ISS in the Junior Time Scale of service.