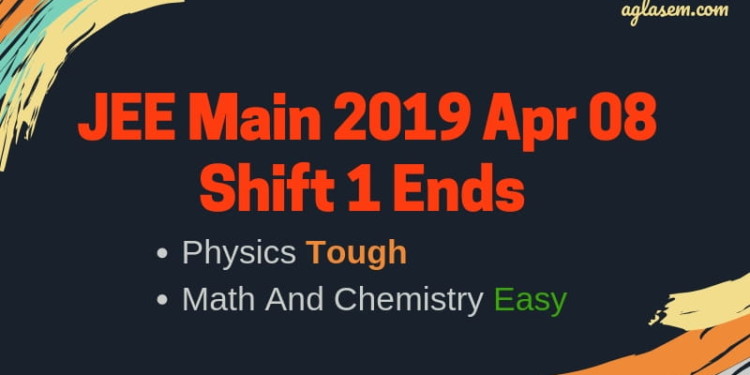 The shift 2 of the exam will start from 2:30 PM and will end at 5:30 PM. the exam is being held in the online mode across 470 Centres in 267 Cities (9 of them outside India). Paper 1 will lead to admission in the B.E./B.Tech courses offered by the NITs, CFTIs, and IIITs.

After the exam for, all the shifts are over on April 08, 2019, the memory based questions and answers of the exam are made available by the coaching centers and other engineering institutes. The official answer keys are however uploaded by NTA, 2-3 days after the exam is over at jeemain.nic.in.

This clearly shows the downfall of the registration numbers in both males and females, thus there is a fall in the total number of registrations received for the April attempt of JEE Main 2019. The result of the paper 1 exam will be declared by NTA by April 30, 2019, at jeemain.nic.in.