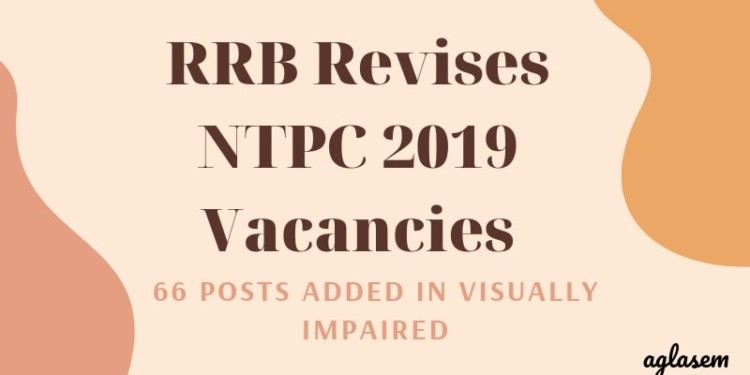 The Railway Recruitment Board (RRB) has released a notice in continuation of the 69 vacancies canceled under DLW Varanasi for the RRB NTPC. Now, the board has increased the vacancies for the Visually Impaired (VI) candidates by 66 posts. So, there is an increase in the number of vacancies from 236 to 302 for the candidates belonging to the Visually Impaired (VI) category. All the other terms and conditions remain the same for the RRB NTPC 2019 CEN 01/2019

Candidates can check the detailed vacancies of all the RRBs for the RRB NTPC 2019 along with the various posts, community wise from the revised vacancy table under Annexure-B1. Earlier, the board has released a notice regarding the cancellation of the 69 vacancies under Diesel Locomotive Works (DLW). Applicants who chose the DLW post under RRB Allahabad were allowed to choose the posts under Northern Railway (NR) and Northern Central Railway (NCR). 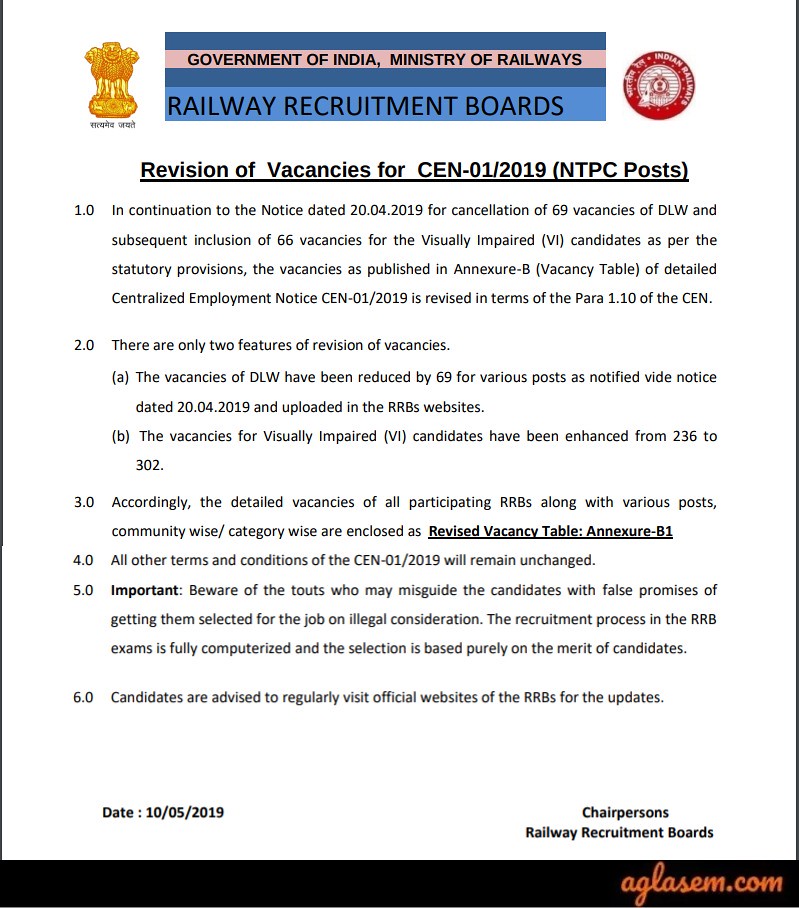 The RRB NTPC selection process involves four stages. The stages are CBT 1, CBT 2, Skill Test or Aptitude Test followed by the Document Verification. Stage 1 CBT and CBT 2 is for all the candidates, irrespective of the posts applied. As per the educational standards for each post, the questions are asked in the computer-based test. Candidates obtaining the cut off marks in the CBT 1 are only eligible for the stage 2 exam. The normalization of the marks is also done at all the stages of the recruitment process.

The CBT 1 is scheduled to be held in June to September 2019. The admit card for stage 1 CBT is going to be issued to the candidates 10 days prior to the exam. SC / ST category candidates will also be eligible to get the travel pass. The issuance of the SC / ST travel pass is only done if the candidate has uploaded the caste certificate at the time of form filling.

For latest updates about RRB NTPC, Subscribe to Aglasem News!!