RRB ALP CBT 2 answer key release date has been predicted a lot of times by the newspaper and it has created confusion among candidates. However, there is an official confirmation now for the released of the answer key. The Board will release the answer key of RRB ALP Stage 2 for exam held on January 21, 22, 23, and February 08, 2019. The link will start working at 12:00 noon will work until February 23, 2019, 11:59 pm. 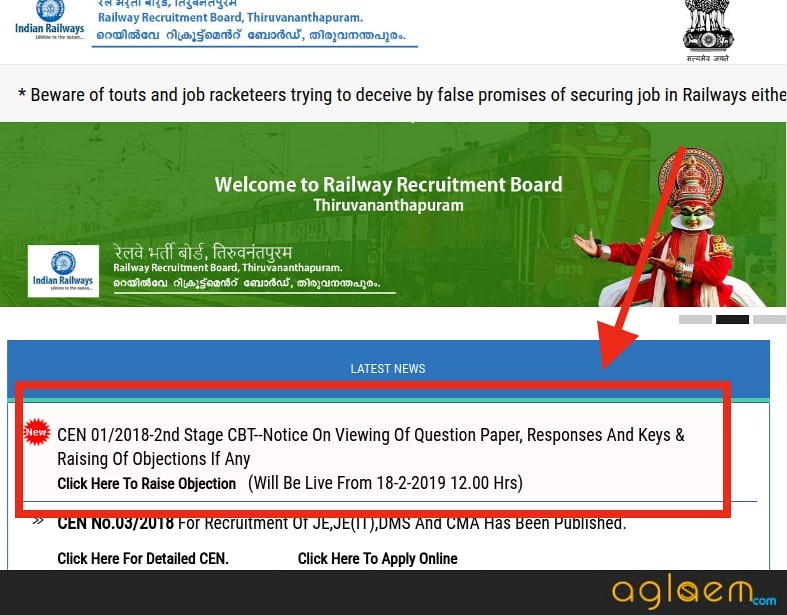 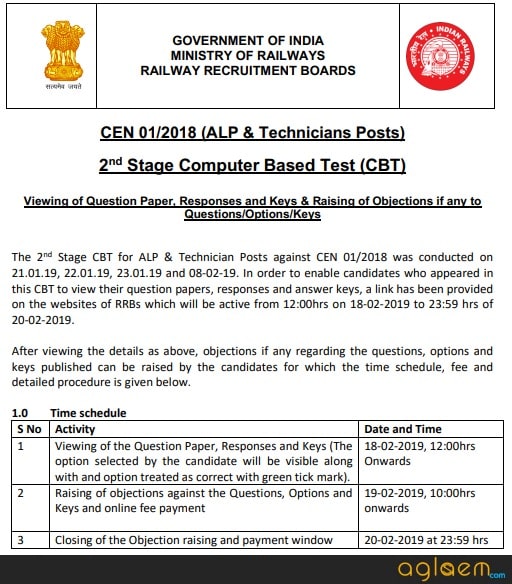 Candidates can also raise objections against the RRB ALP CBT 2 answer key. To file the objections, candidates have to pay an amount of Rs. 50 per question. If the claim against the answer key is found correct then it will be refunded. The refund will be sent to the candidate at the respective bank account.

It will be comprised of 5 sections by the name of “Test Batteries” which are Memory Test Battery, Depth Perception, Concentration Test Battery, Perceptual Speed Test Battery, and Following Directions Test Battery. Candidates have to obtain a minimum of 42 marks to be eligible for the Document Verification (DV) round.

Bihar Board To Give Another Chance To Unsuccessful D.El.Ed Candidates; Apply Before Feb 20, 2019