While reports say that NEET 2021 official website neet.nta.nic.in has just put up the notice - online application form will be available soon - the message has in fact been there since March. Therefore this neither confirms nor denies the possibility of postponement of NEET UG 2021 exam date, and release of application form. 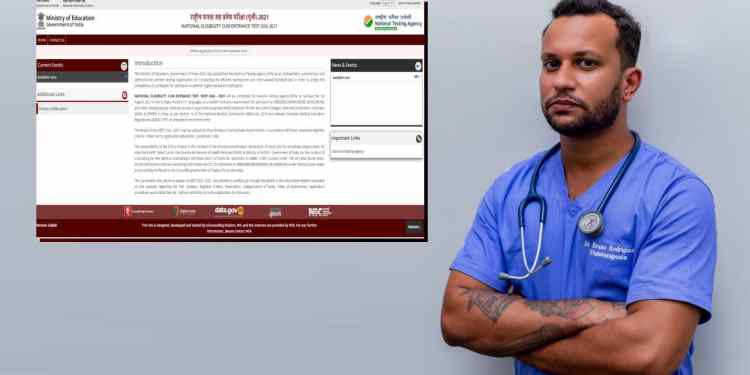 The exam date of NEET 2021 is supposed to be August 1, 2021, as per NTA’s official announcement. Whereas the exam date was announced on March 12, 2021, the new official website neet.nta.nic.in became active around March 23, 2021. Shortly after launching it, the message indicating that online application form will be available soon was put up.

Read: What about NEET 2021? – NEET UG Unlikely To Be Postponed With 12th Exams Cancelled

The website has the standard demarcations as in an NTA website, with sections on home, contact us, current events, additional links, introduction, news and events, and important links. At the moment, only two useful pieces of information are up on it – one is the introduction section that describes NEET UG, and second is the flash message on top of the page that says “online application form will available soon” (sic).

Yesterday, the historic decision to cancel class 12th CBSE exams was taken by the Government of India. This step was followed by announcements by HBSE, and CISCE to announce their exam cancellation.

As soon as these critical things happened one after the other, medical aspirants across the country started asking what would happen to NEET 2021. Until then, the assumption was that the exam could be delayed due to postponement of board exams. However now that board exams will not be held, chances of postponement of NEET exam have gone down.

As mentioned in our previous report, now only two things can lead to a delay in the exam – one is if the pandemic does not stabilize by August 1, and second is if any state board holds exams in July-August.

Nevertheless, the official websites of NTA and NEET namely nta.ac.in, neet.nta.nic.in have not published any concrete confirmation on the matter. A decision is expected once all boards announce their stand on conduct or cancellation of board exams.