1643.66 crores in Vocational Training Improvement Project, 111.58 crores in setting up of new ITIs and 57.51 crores for upgradation of existing ITIs in Enhancing Skill Development Infrastructure in North Eastern States and Sikkim, 220.29 crore in Skill Development in 47 Districts Affected by LWE, 81.17 crores in Upgradation of existing Government ITIs into Model ITIs are the funds allocated for ITIs in the country.

Funds allocation for Industrial Training Institutes (ITIs) to establish and improve in the country has been done by the Directorate General of Training, under Ministry of Skill Development and Entrepreneurship. There are different schemes that impart these funds.

Vocational Training Improvement Project (VTIP) is one of them. Under it, 400 ITIs in 34 state / UTs in the country are being upgraded. In all states except the North-Eastern states, funds are shared in the ratio 75:25 between center and state. Ratio for the same is 90:10 in North Eastern states. A total of 1643.66 crores has been disseminated till date. Largest funds have been for Maharashtra that got 339.25 crores, followed by Gujarat with 143.15 crores and Karnataka at 137.23 crores. 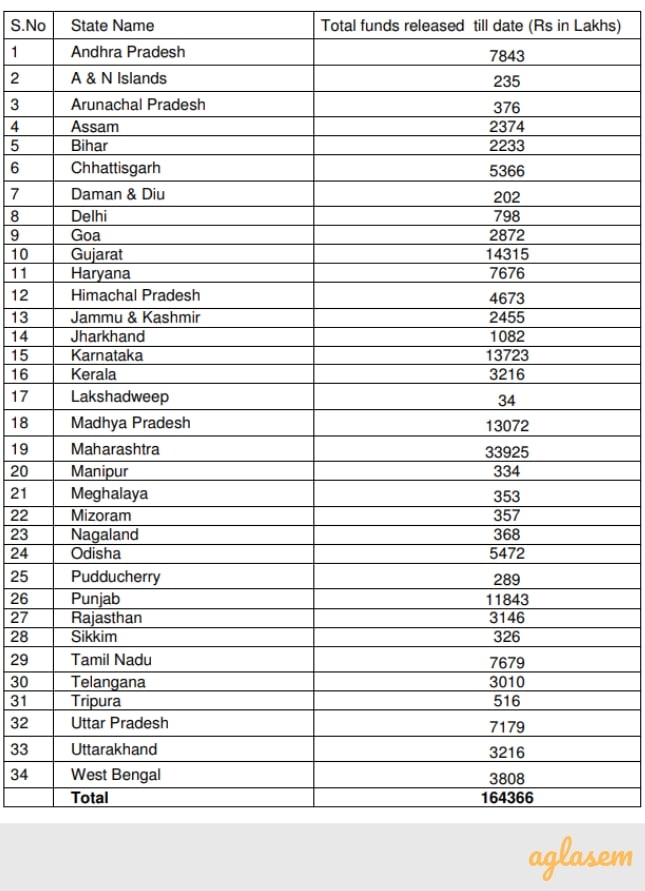 Enhancing Skill Development Infrastructure in North Eastern States and Sikkim is another scheme. It is implemented to upgrade 22 existing ITIs. This upgradation happens by introducing 3 new trades in each ITI. In addition, such infrastructure that lacks in 28 ITIs are provided such as building of new hostels, new boundary walls, replacing old tools with new ones, and providing equipment for 3 existing trades. The scheme is also funding setting up of 34 new ITIs. 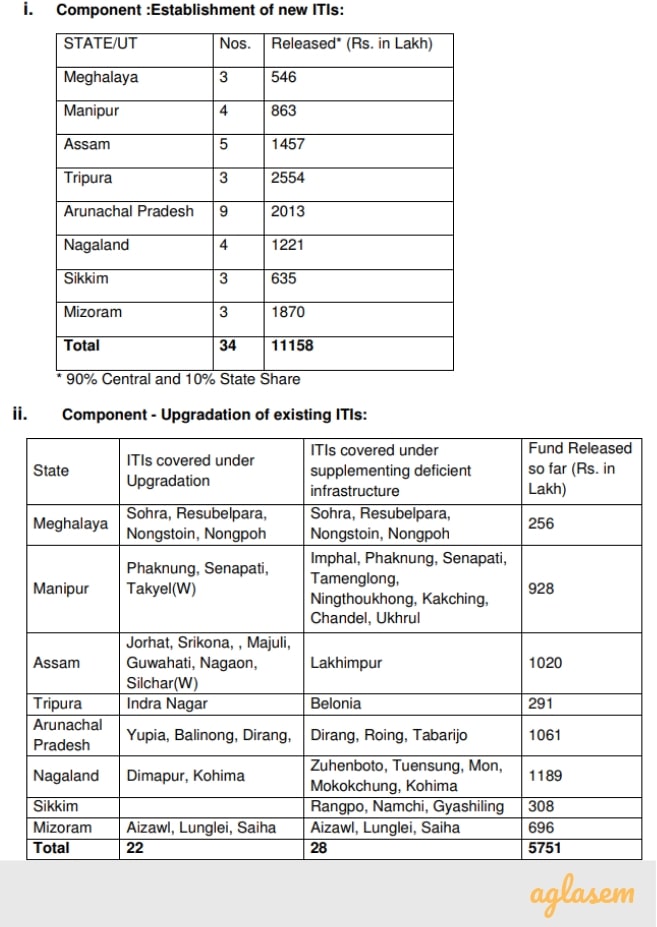 The next scheme through which funds are allocated for ITIs in India is Skill Development in 47 Districts Affected by LWE. One institute each is set up in the 47 districts in India that have been affected by Left Wing Extremism. 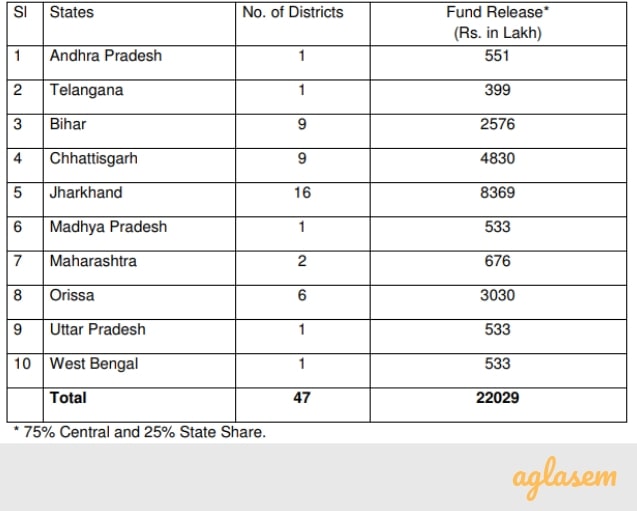 As can be seen, 220.29 crores have been disseminated through this scheme. 1 District in Andhra Pradesh, 1 in Telangana, 9 in Bihar, 9 in Chhattisgarh, 16 in Jharkhand, 1 in Madhya Pradesh, 2 in Maharashtra, 6 in Orissa, 1 in Uttar Pradesh, 1 in West Bengal have been identified.

Fourth and last of the schemes is Upgradation of existing Government ITIs into Model ITIs. The Ministry and/or the state has identified at least 1 ITI in each state which is being worked upon to become a Model ITI. A Model ITI shall be the one which will have best practices in the industry, its training delivery will be efficient and of high quality, and its relationship with the industry shall be sustainable and effective. 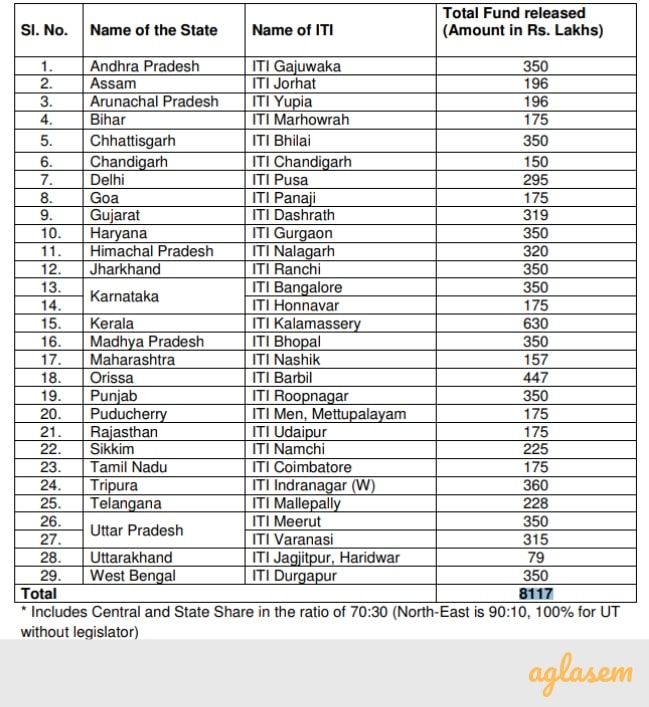 CBSE to Bring Practicals in Class 12 Humanities Board Exams 2020; Know the Details Here