After much denial, finally, Central Board of Secondary Education (CBSE) accepted the paper leak. With the release of the recent notice, the Board CBSE announced that the Class 10th Mathematics and Class 12th Economics paper will be re-conducted. Now, as per the new notification, the examination dates will be announced at the end of this week.

Although the re-exam dates are not finalized, the Board has made sure that the fresh dates for re-exam will not collide with any competitive examination. Hence, it is being expected that the exam will be held after April 16 because JEE Main 2018 is due on April 08, 15, and 16.

CBSE has also taken action against the leaking of papers and has filed the case with the Delhi Police. As per the reports Delhi Police has handed over this case to the crime branch. The Central Board is also conducting the internal inquiry into this matter securing all of us from this type of mishappening in future. 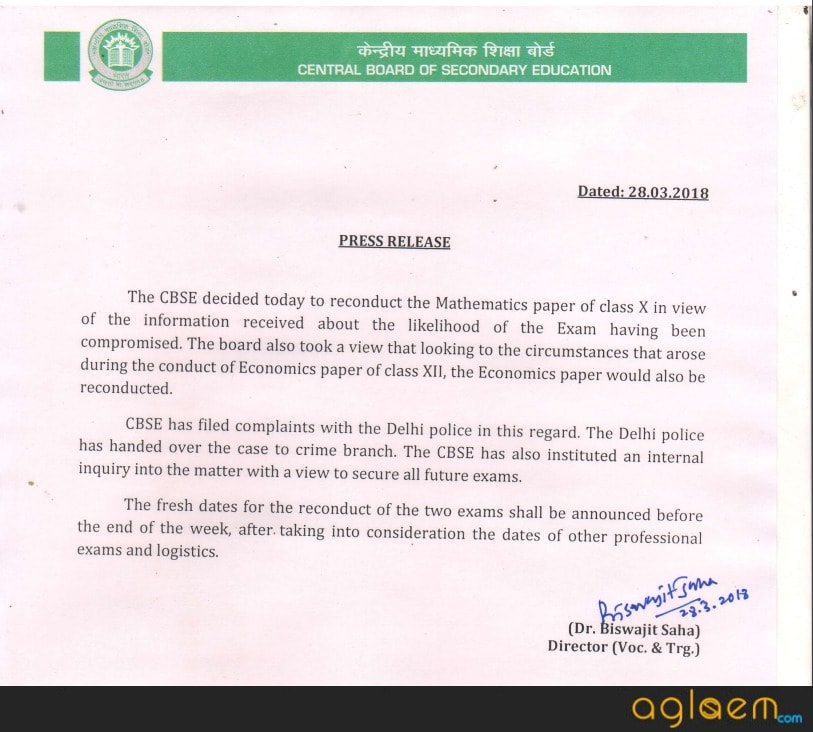 As per the reports, it is stated that this year leaking of the papers is done through online platforms. All the papers were received by the students either through the WhatsApp or the Facebook. The point to be noted that the entire examination paper has not leaked. In Economics, set 3 was leaked and in Maths set 2 was leaked. And the same is happened with the other papers too like in Accountancy set 2 has reached to the students before the examination night.

Students and parents are also demanding for the reconduct of the class 12th Biology, Accountancy paper, and class 10th Social Science paper. As before the night of the examination, the images for these subjects was also leaked on WhatsApp and Facebook. But, CBSE has not agree upon this and is not ready for conducting the re examination of Biology, Accountancy paper of class 12th and Social Science paper of class 10th. 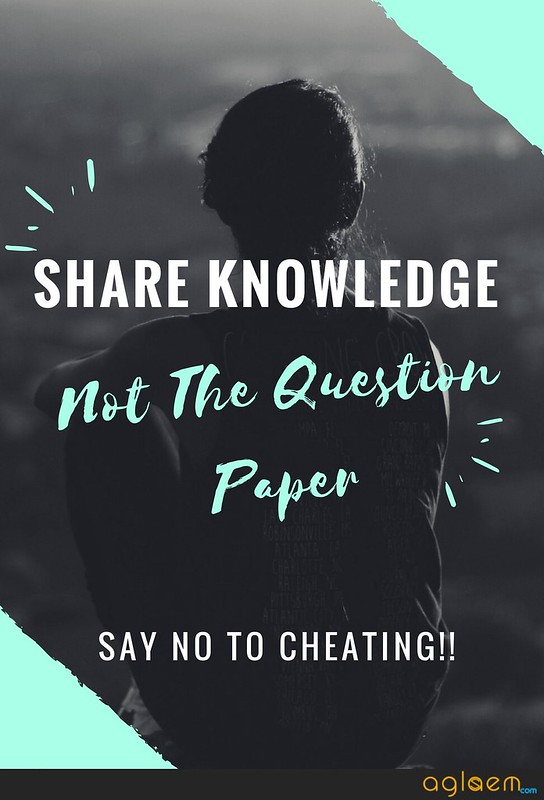 The paper leak issue has also been witnessed in other school board exams as well. Now, CBSE is also caught into the trap. To maintain its dignity and veracity CBSE agree with the facts and ready to re-conduct the examination.

Read Also: Bihar Board 2018 Result: Expected Result Date and Round Up of All Leaked Papers

Although it is not cleared that who is responsible for the leak. But as per the reports said that the question papers has leaked from Delhi.

This is not a good news for the students who are hardworking and are sincere towards their future but at the same there are some who only wants to pass the examination. They believe in the shortcuts to reach to the destination. Start saying ‘No to Cheating’  and Make your Future on your Own. All the Best ! for your Re- examination. Prepare well and do your best in the Examination.

Manipal University To Start Slot Booking on March 31 at manipalotbs.com