University Grants Commission (UGC) has revealed the new draft norms for the hiring of teachers in Universities and Colleges. These regulations have revealed that the weightage of scores given to Graduation will be more than that of The PhD.

A candidate with 80% marks in graduation stands to get 21 weightage points, while a candidate with PhD degree gets 20% when applying for an assistant professor’s post in a college. 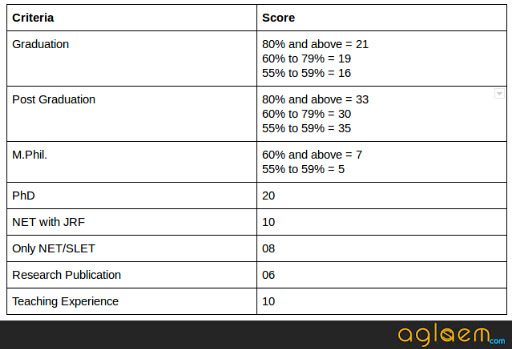 What does the new draft norm mean?

This new draft regulation is known as ‘Minimum Qualifications for Appointment of Teachers and Other Academic Staff in Universities and Colleges’ and it tends to measures the maintenance of standards in Higher Education. The norms are laid down uniformly for all 800-odd universities and 40,000 colleges in the country

The draft norm has made PhD degree a mandatory qualification for the appointment and promotion to the post of professors. Also, From July 2021, PhD qualification will be a must for appointment of assistant professors in university departments from July 2021 in addition to qualifying the National Eligibility Test (NET) or the State Level Eligibility Test (SLET). NET will remain the minimum eligibility criteria.

The candidates who have registered for PhD prior to July 11, 2009, shall be governed by the previous norms. In colleges, assistant professors must have a PhD if they want promotion to a higher pay scale with the same rank after July 2020.

Till now every institute had their own norms on selection of teachers and professors but the new draft norm of the UGC also lays down uniform norms on how selection panels can shortlist for candidates for interviews, who apply for an assistant professor’s post in colleges and universities. The norms laid down says that the selection panel will award scores based on academic records (as per the table above). But whether a candidate is finally hired or not will depend entirely on his or her performance in the interview.

The fact that the graduation marks are given more score credit than that of the PhD degree, is being criticized by many.

It is believed that candidates from rural or disadvantaged backgrounds don’t often perform well in their graduation and might be affected by the new norms. The University Grant Commission has asked to submit the feedback regrading the norms from its various stakeholders before February 28, 2018.