Last year too, English programme received the maximum number of applications 1,26,327, thereby making it a highly contended seat, with 55 students competing for each seat. Out of DU’s 63 colleges, 48 offer the subject. 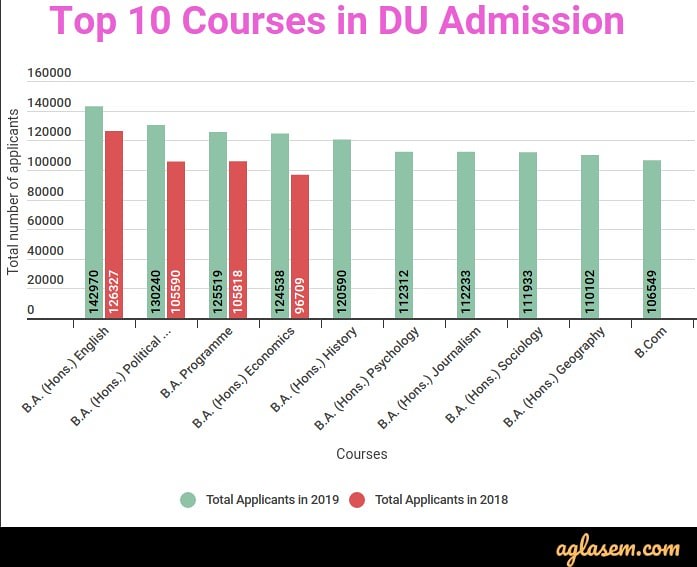 The BA (Hons) Economics was the fourth most popular course, however, the changed criteria for BA (Hons) Economics came in for criticism from candidates. Till last year, if a student had 50 per cent in Mathematics, he/she could apply for BA (Hons) in Economics, but this year it had been made mandatory for ‘Best of Four’, which meant it had to be part of the top four subjects, aggregate of which will be considered for admission. However, the Delhi High Court had intervened and directed that the varsity follow last year’s criteria.

Over many years of its existence, the university has sustained the highest global standards and best practices in higher education. Its long-term commitment to nation-building and unflinching adherence to universal human values are reflected in its motto: ‘Nishtha Dhriti Satyam’ (Dedication, Steadfastness and Truth).