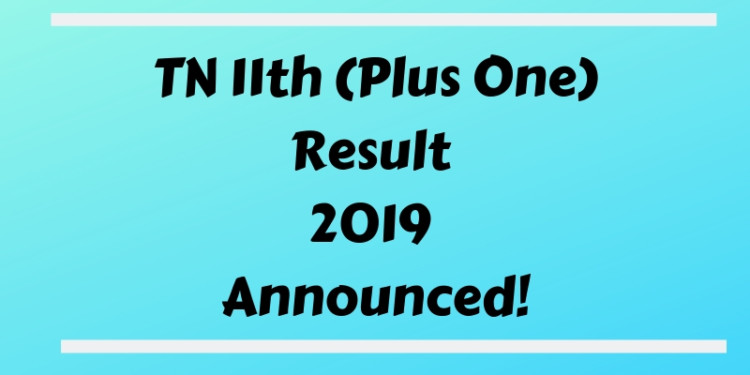 TN 11th Result 2019 has been released. Directorate of Government Examinations (DGE) has released the result officially on its website- dge.tn.gov.in. Students who were eagerly waiting for their results can now check out their results online. As per the reports, 95.0% is the total passing percentage of class 11th students.

Board has released the result for Science, Commerce, Arts, Vocational stream simultaneously. As per the reports, the students from the commerce stream scored 97.41%. While the students from science scored 93.91%, from arts scored 95.12% and from vocational 92.34%.

Girls outshine the boys. The girls of the state score 96.5%. While the boys scored 93.3%. If we see subject wise then students scored the maximum marks in the computer science subject with 98.2%.

More than 9 lakhs students have appeared for the Tamil Nadu Board Examinations 2019. Out of which around 8,06799 students have registered themselves under the class 11th.

In the month of April, the board has released the TN SSLC Result and HSC result. The students of SSLC passed with the 95.02% percentage. While the HSC students passed with 91.03%.

All those students who have received their class 11th result status as pass are now eligible to appear for the next level class i.e class 12th. Students from the Tamil Nadu passed with a high percentage. After receiving the result along with the students, teachers and parents are also enjoying the result.