Students of class 10th who appeared for Goa SSC 2018 were in for a shock when they sat down to write their Science Paper. As stated by them, the paper was difficult, twisted and the pattern was completely unknown to them. Many students who came out of the exam hall were in tears as the paper was not like what they had expected.

Many parents and teachers also expressed anger at the paper which the Goa Board of Secondary and Higher Secondary Education (GBSHSE) had set. They protested against the sudden change of pattern and the increased level of difficulty of the paper.

Goa Headmasters Association (GHA) said that this sudden change of the pattern in the paper was a big blow to them as well because they were completely unaware of the pattern change. Also, they hadn’t conducted any workshops in this regard to prepare their teachers. They have also written to GBSHSE to express anguish at the difficulty level.

The Goa SSC 2018 was conducted at 27 examination centres across the state and a total of 20,261 students appeared for the Science paper on April 11.

Students who have appeared for Goa SSC exam can check their results by following the steps given below: 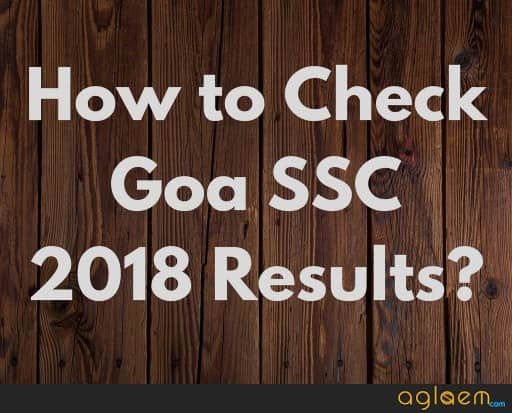 They can also check the results by sending their seat number to 5676750 in the following format: GOA10 <space> (Seat no).

GBSHSE Chairman Ramakrishna Saman said that paper was set for all the categories of the students. Be it intelligent, average or weak student, everyone could have attempted the paper with ease.

Recently, a survey was conducted by National Council of Educational Research and Training (NCERT). In the survey, it was observed that the students of Goa face a lot of problems in subjects of science and mathematics, as said by GBSHSE Chairman.

Adding further, he said that the NCERT had conducted workshops for science teachers in New Delhi. Similar workshops were conducted in Goa by State Council for Educational Research and Training in December 2017.  In these workshops, the teachers were given clear idea about the possibility of such papers being set up for the students.

It is still unclear whether any action will be taken by the authorities, but whatever be the final decision, it should be for the benefit of the student and not hamper their future.

Polytechnic Admit Card 2018 Released for JEECUP, Know How To Download From Digilocker

Polytechnic Admit Card 2018 Released for JEECUP, Know How To Download From Digilocker