RRB postponed the September 25 exam in Bhopal; New Date to be announced soon The Railway Recruitment Board (RRB) has postponed the exam which was scheduled to be conducted on September 25, 2018. The exam has been postponed for only those candidates who were allotted the test center at Bhopal. The Board has made this decision due to the BJP workers’ conference in Bhopal on September 25. The new date for RRB Group D has been announced by the RRB at its official website. 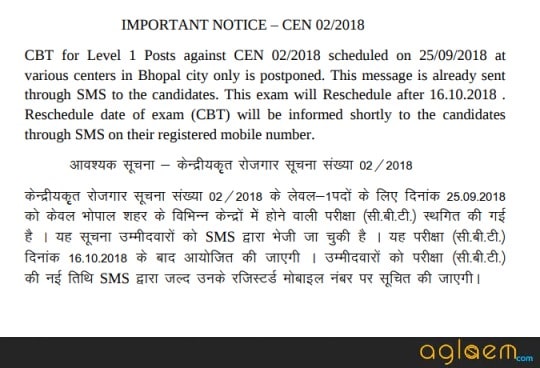 About 15 thousand candidates were reported to appear for the Computer-based test. The test was being held at 13 test center in three shifts. Also, now that the exam has been postponed, the candidates who were allotted a test center at Bhopal shall be issued a new date for downloading the RRB Group D Admit Card.

Earlier, this news was being circulated by various newspaper reports, which now has been confirmed by the Board itself. 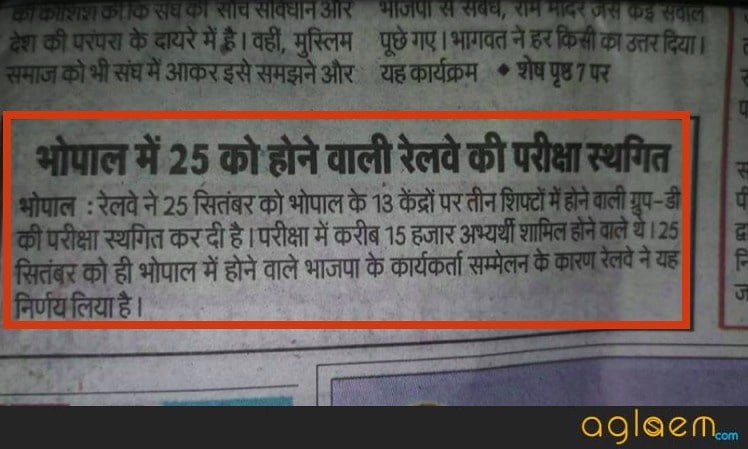 The unofficial sources on Youtube have also confirmed that the examination scheduled for September 25 will be rescheduled to a later date post October 16, 2018, on account of Prime Minister rally in Bhopal. 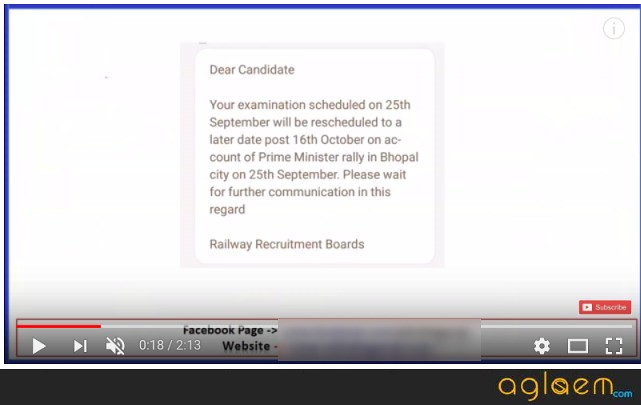 Those students whose exam date is after October 16 will be able to check the exam date, session, and center allotted to them on September 30, 2018. The exam session and center shall be the same and only the exam date will be revised.

This information is for all those candidates who have been allotted the test center at Bhopal and were appearing for the CBT on September 25, 2018, irrespective of the RRB they have applied for.