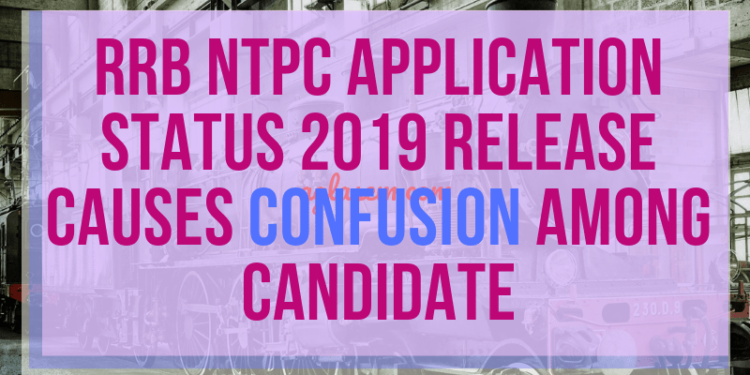 Early morning, the news started to spread that Railway Recruitment Board (RRB) has released RRB NTPC Application Status 2019. The release was first announced by youtube channels. The buzz reached social media where candidates frantically started looking for their application status of RRB NTPC 2019.

The notice for release of RRB NTPC application status 2019 has not been released in any of the 21 regional websites of RRB. However, candidates who applied for RRB Bangalore and RRB Chennai are getting to see an application status after login. The status shows a message, which is “your online application is provisionally accepted subjected to scrutiny”. 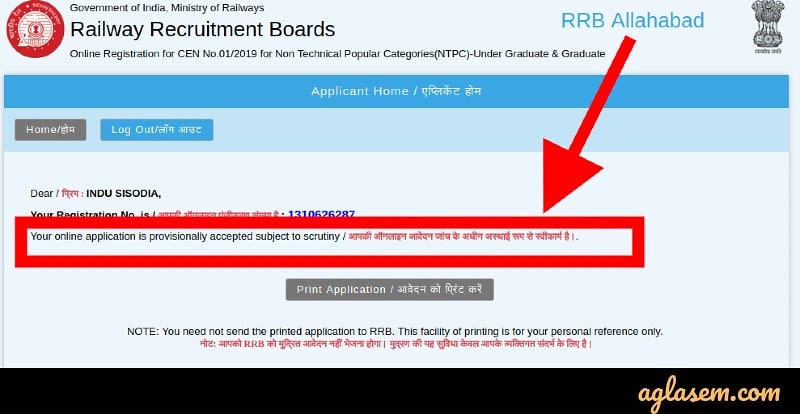 What does this RRB NTPC Application Status mean?

Once the Railway Board will check all of these details, it will issue the actual application status of RRB NTPC. The Board will reject the application form if any of the above is negative. The form will also be rejected if details if a candidate has submitted more than one application form.

The application status of RRB NTPC release after the scrutiny will be the final one. The candidates whose form will be accepted will be issued the admit card of RRB NTPC 2019. The admit card will also be released online and in order to get it, candidates will have to enter user id and date of birth.

Admit card for RRB NTPC 2019 is important and has to be carried to the exam hall. Along with the admit card, the candidates also need to carry on a passport size photograph and a valid id proof. The id proof can be aadhaar card, voter id card, pan card, passport, etc. Also, the photo to be carried should be the same as that uploaded in the application form of RRB NTPC 2019.

RRN NTPC CBT 1 2019 is a 90 minutes duration test. The CBT consist of 100 MCQ type questions from topics like General Awareness, Mathematics, General Intelligence, and Reasoning. For every correct answer, candidates will get 01 marks, and there is negative marking as well, hence, for an incorrect answer, 1/3rd marks are deducted for every incorrect answer.