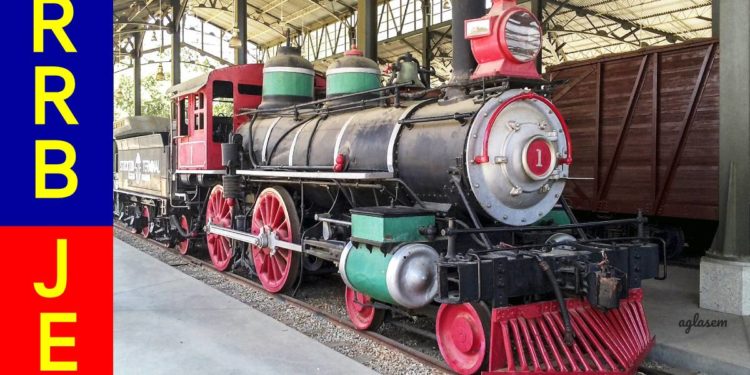 RRB JE CBT 2 is going to be held from August 28 to September 1. The exam date, city intimation, free travel authority for all eligible candidates has been released at rrbonlinereg.in. Now, RRB JE CBT 2 admit card 2019 will be released from August 24, in such a way that candidates will be able to download their admit cards from four days before their exam date. The process of issuing RRB JE CBT 2 city intimation started on August 18, following a short delay from its previously planned date of August 17.

The RRB JE city intimation 2019 says “This advice does not permit you to appear in the examination. This is just to inform you about your exam city and to make travel arrangements”. Thus, candidates should not try to use this in place of the RRB JE CBT 2 admit card 2019.

While waiting for the admit card, it is important to go through the city intimation. Further, it is relevant to note the different details mentioned in the exam date and city intimation.

Railway Recruitment Board has allotted test state and city, that come under jurisdiction of RRB opted by candidate.

After the personal details already known the candidate, start the critical details that they want to know. The first two most important data are test state, and test city. Candidates should note at once, the exam state and city allocated to them. Then depending on allotted state and city, they should make relevant travel arrangements. This is especially relevant for those who have got different city or state than the ones they are in at present.

RRB JE CBT 2 exam date and shift are assigned through this intimation.

Then comes the exam date; candidates have been allotted any one of the dates from August 28, August 29, August 30, August 31, and September 1. Just besides the exam date, shift allotted is mentioned. Candidates must appear for the exam on the date and shift assigned only, this will not be changed under any circumstances.

Critical!: There are 3 timings details in the city intimation, know what each means!

Regarding exam timing, you will note three timings – reporting time, gate closure time, exam start time. Now it is very important to note that you should ideally report by the reporting time mentioned. After the gate closure time, no one will get entry to the center at all. Then the exam start time is when the exam will start, and will go on for two hours after that.

First shift reporting time is 8.30 am. Gate will be closed for first shift candidates at 9.15 am. Exam will start for them at 10 am. For the second shift, reporting time is 1.30 pm, gate closure time is 2.15 pm, and exam start time is 3 pm. As can be seen, even though exam will start at three o clock, one has to reach one and a half hours before that. This is because there are several pre-exam formalities that need to be completed.

The duration of the exam is also given in the city intimation, as 120 minutes or two hours.

Exam language opted by candidate is also mentioned in this.

Do not mistake the city intimation for call letter. You must download RRB JE CBT 2 admit card 2019 from 4 days before exam.

As per the clarification on RRB JE result 2019 of CBT 1 issued on Tuesday, exactly 2,02,616 candidates have been shortlisted for the second stage computer based test. As on this date, the exam date, city intimation, free travel pass has been released for all, an activity that started on August 18.

Railway Recruitment Boards have stated in the city intimation that they have assigned cities to RRB JE CBT 2 shortlisted candidates that fall under the jurisdiction of the RRB to which they have applied.