Home » Competitive Exams » RRB to Announce Group D Exam Date 2018 in July; Is the List of Exam Center Out? 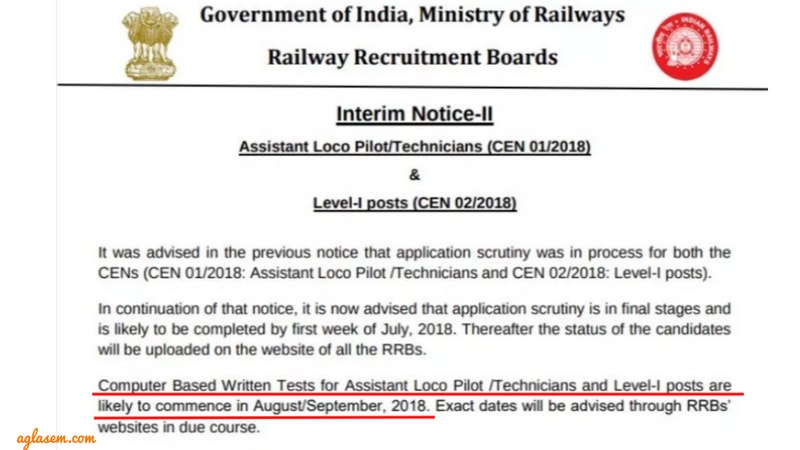 The Group D exam date has been the topic of discussion even before the notification for the recruitment was released. Since then, and now, numerous fake dates for the CBT has been circulated throughout the web. However, dates announced some time back in the media report can be true.

As per the news reports, the examination for RRB Group D will be conducted on August 12, 18, 26 and September 09, 16, 2018. For the examination, the candidates will be called as per the first alphabet of their name.

The date for RRB ALP / Technician Recruitment 2018 will also be announced along with Group D. The Board will announce the dates after revealing the application status. The cause for the delay in the announcement of the exam dates is the scrutiny of 2.3 crore applications.

What Else the New official Notification Tells us?

As per the above given notice, the scrutiny is at the concluding stage and the candidates will be able to check the RRB Application Status 2018, on or after the 1st week of July 2018. The status will be declared separately by 16 RRBs, which are RRB Ahmedabad, RRB Bilaspur, RRB Ajmer, RRB Bengaluru, RRB Bhopal, RRB Ranchi, RRB Bhubaneshwar, RRB Allahabad, RRB Chandigarh, RRB Secunderabad, RRB Gorakhpur, RRB Chennai, RRB Guwahati, RRB Mumbai, RRB Kolkata, and RRB Patna.

Through the application status of RRB Group D, the candidates will come to know if thier application form has been accepted or rejected. RRB will also release a rejection list. Candidates who will not be listed in the rejection list, will get the admit card.

Admit card of RRB Group D will be an important document, which the candidates will have to carry in print format. With the admit card, the candidates also need to carry on valid photo id and two passport size photographs. A valid Id card can be Aadhaar Card, Voter Id card, Passport, etc.

Are the Exam Centers for RRB Group D Announced?

There is a list of RRB Group D exam centres which is being circulated throughout the web. It is not sure if the list if official or not but as per it, CBT will be held all across India. The official list of the centers will be announced soon. 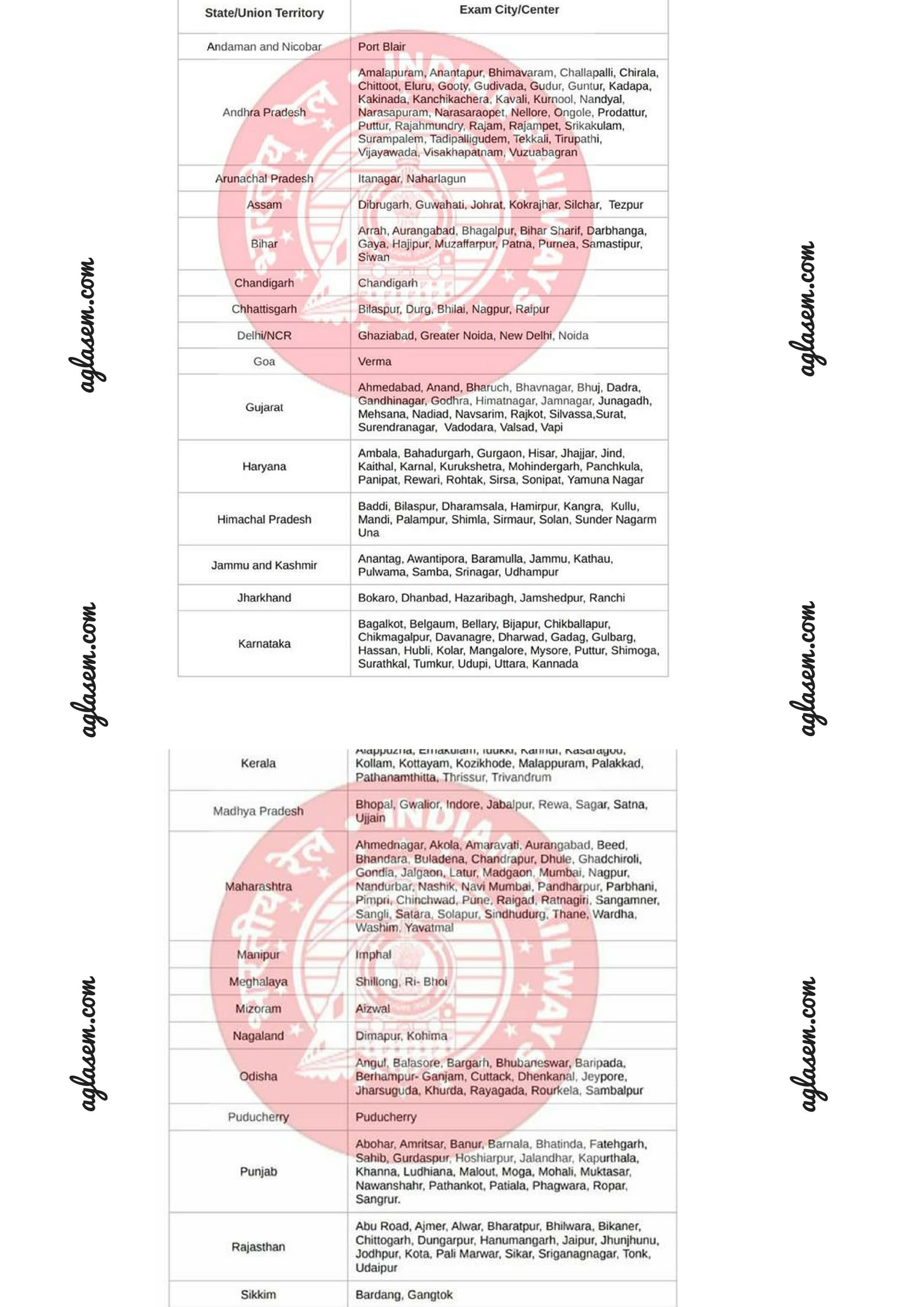 When do you think RRB will conduct Group D examination? In the month of August or September? Also, do you think the list of exam centres above is official? Let us know your thoughts, comment below.