A few days ago, Railway Recruitment Board issued RRB Group D recruitment notification 2018. Through this notification, the board will fill 62907 vacancies. A single recruitment for such a massive number of vacancies should have been a dream come true for all government job aspirants. But alas, it was not so.

Despite the high number of vacancies, the catch in RB Group D recruitment 2018 is that most posts require a candidate to have 10th plus NAC or 10th plus ITI. Only 9035 posts out of 62907 are for non-ITI candidates. Thus a mere 14.36% seats are for government job aspirants without ITI. 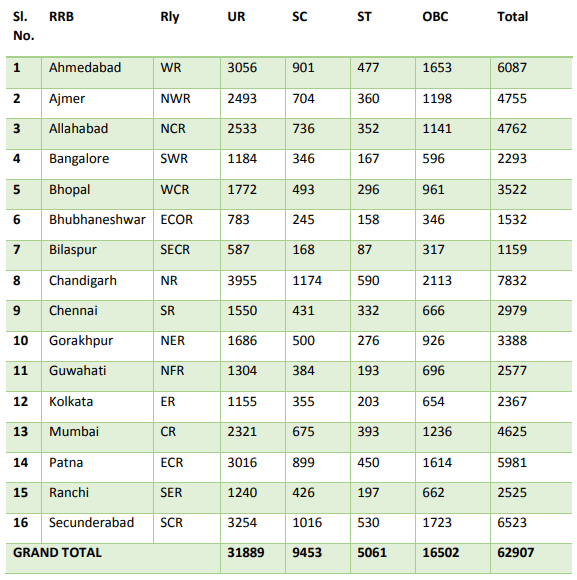 As soon as the notification for RRB Group D was published on February 10, there was scintillating excitement amongst lakhs of candidates preparing for government job exams. But before they could fill and submit RRB Group D 2018 application form, within no time, their happiness was shattered when they checked the eligibility criteria.

At once, many took to social media to express their disappointment. On one hand government officials who had happily tweeted about PM Narendra Modi’s advertisement on 1 lakh Railway Jobs were replied with bitter comments. On the other hand, many aspirants reached out to government officials on facebook, twitter to change the eligibility criteria. 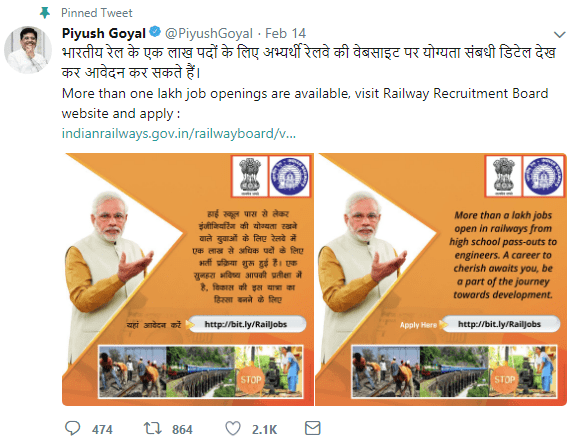 Inevitably, eligibility criteria for RRB Group D 2018 will not change, or at least so it seems until now.

Many candidates have tweeted and shared on other social media platforms about holding protests against eligibility criteria. In some states, chakka jam and such measures have been threatened. This is certainly not a good sign.

Many candidates have demanded that eligibility should be only 10th class pass. They have opined that such a candidate who could not continue his/her education after class 10 dues to financial issues should get a chance to get a job in railways.

Such candidates have questioned where should they go if the government cannot provide jobs after class 10th.

Surprisingly, it is not just 10th pass candidates who are angry, there are thousands of engineers and other degree holders. They are worried that a very important government job has slipped away as they have a degree and not ITI.

It is no secret that lakhs of graduate degree holders are unemployed in India today. Recently, the TN clerical grade exam was written by 8 lakh graduates. For all unemployed degree holders in India, who were waiting for RRB Group D, its eligibility criteria was a cause of heartbreak.

It is said that no one can stop a hardworking person. So even though vacancies are fewer in number, but one should apply if they fulfill other eligibility conditions.

With hard work, dedication as key parts of preparation, one can do well in exam and crack it. Application form will close on March 12, so apply now.

From point of view of ITI holders, RRB Group D recruitment 2018 was much awaited

As per data that was last published by community[dot]data[dot]gov[dot]in, there are 13105 ITIs in India. Out of this, there are 2293 government ITIs and 10812 private ITIs.

For the lakhs of ITI holders from these Industrial Training Institutes, RRB group D 2018 recruitment is a very good way to start off their career. The government has indeed opened a door of opportunity for them, as not many other government jobs are for ITI.

What are your views on RRB Group D recruitment 2018? Do you think it is unfair that so few job vacancies are there for graduates and 10th pass? Or do you think it was right as ITIs also need government jobs.