More than 36 lakh candidates are waiting for RRB ALP / Technician Revised Result 2018. Since Railway Recruitment Board (RRB) canceled the result, too many untrue news reports of revised result date keep on circulating on social media. Putting an end to all the rumors, RRB official Angaraj Mohan told prestigious newspapers that Indian Railway will be announcing RRB Loco Pilot Revised Result in the 1st week of December. However, as per the latest update by The Indian Express, the revised result has been further delayed until the 2nd week of December 2018.

Angaraj Mohan told the the daily that RRB earlier decided to announce RRB ALP Revised Result 2018 in the 1st week of December but due to huge number of candidates the Board is taking time to declare it. RRB wants to make sure that the revised result should be error free and accurate. Hence, the Board is taking its time and will declare it in 2nd week of December 2018.

Now, the candidates should expect the release of revised result announcement between December 8 to 15, 2018. It will be announced on the official website for RRBs. To check it, candidates will just have to choose their RRB and search for CEN 01/2018 Result link. It will lead to a pdf file, in which the roll numbers of the qualified candidates will be mentioned.

Now that the entire process of RRB ALP Result is begin repeated, the cut off will also be revised. The new cut off off RRB ALP will also be announced along with the result but in a separate pdf. On it, the qualifying marks for UR / SC / ST / OBC / Ex-Servicemen / PwD will be mentioned.

Next Stage is RRB ALP CBT 2

Duration of Part A is 90 minutes and of Part B is 60 minutes. The question in Part A will be from basic science and engineering, mathematics, general intelligence and reasoning, and general awareness. The questions in Part B will be based on trade syllabus prescribed by Director General of Employment & Training (DGET).

CAT 2018 Official Answer Key to be Released Soon at iimcat.ac.in 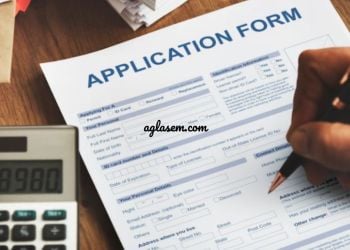 CAT 2018 Official Answer Key to be Released Soon at iimcat.ac.in