No Question in JEE Main 2018 Was Copied; Says CBSE The case of copied JEE Main 2018 questions escalated like a wild forest fire. Reports and scanned copies of Narayana 2016 Test Series displayed that the questions number 64, 67, 77, 78, 81, 83, 86, and 87 were exactly the same as that in the series, even the values were same. Central Board of Secondary Examination (CBSE) was criticised for the blunder, which has come to light shortly after the school board paper leak scam.

Taking charge of the matter, CBSE issued a clarification stating that these questions did not exist in 2016. The Board further explained that the question paper of JEE Main is prepared by 100 item writers, who are subject experts. These writers prepare over 1500 items within two months, in original and handwritten.

Once the questions are prepared, it is randomly divided in sets of 90 questions and out of these one set is picked for the JEE Main exam. The chosen set for the exam is checked and again handwritten changes are made. The final version of the question paper is sent to a confidential printing press. 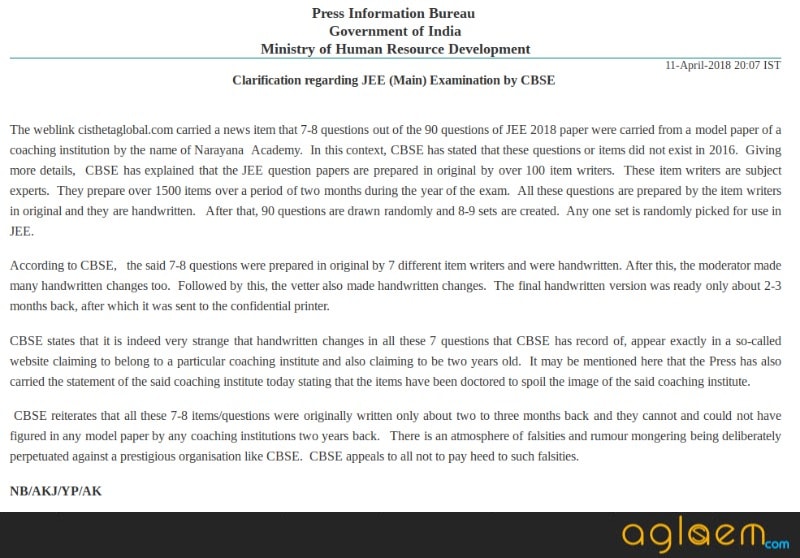 The Board ensured that all the questions in JEE Main 2018 were also handwritten and they cannot and could not have figured in any model paper by any coaching institutions two years back. The Board ends the explanation by stating that there is a deliberate attempt to tarnish the reputation of the Board by spreading false news. The students and parents are requested not to pay heed to such falsities.

In the aftermath, CBSE Logdes FIR against the Website that first Reported the Copied Question Issue

The Central Board has had enough. It went a step further by lodging complaint against cisthetaglobal.com, which first reported the matter. The FIR was submitted to DCP (Crime) Delhi Police Headquarters on April 11, 2018. In the officially released notice, the Board mentions that the representative of the website had no record of the WhatsApp images for the claim. He is even refusing to take the responsibility for the action and has confirmed to CBSE that information uploaded was not verified.

The Board also had a word with the owner of Narayan Coaching Academy which informed that the images are fake and fabricated. The Academy has no record of such series 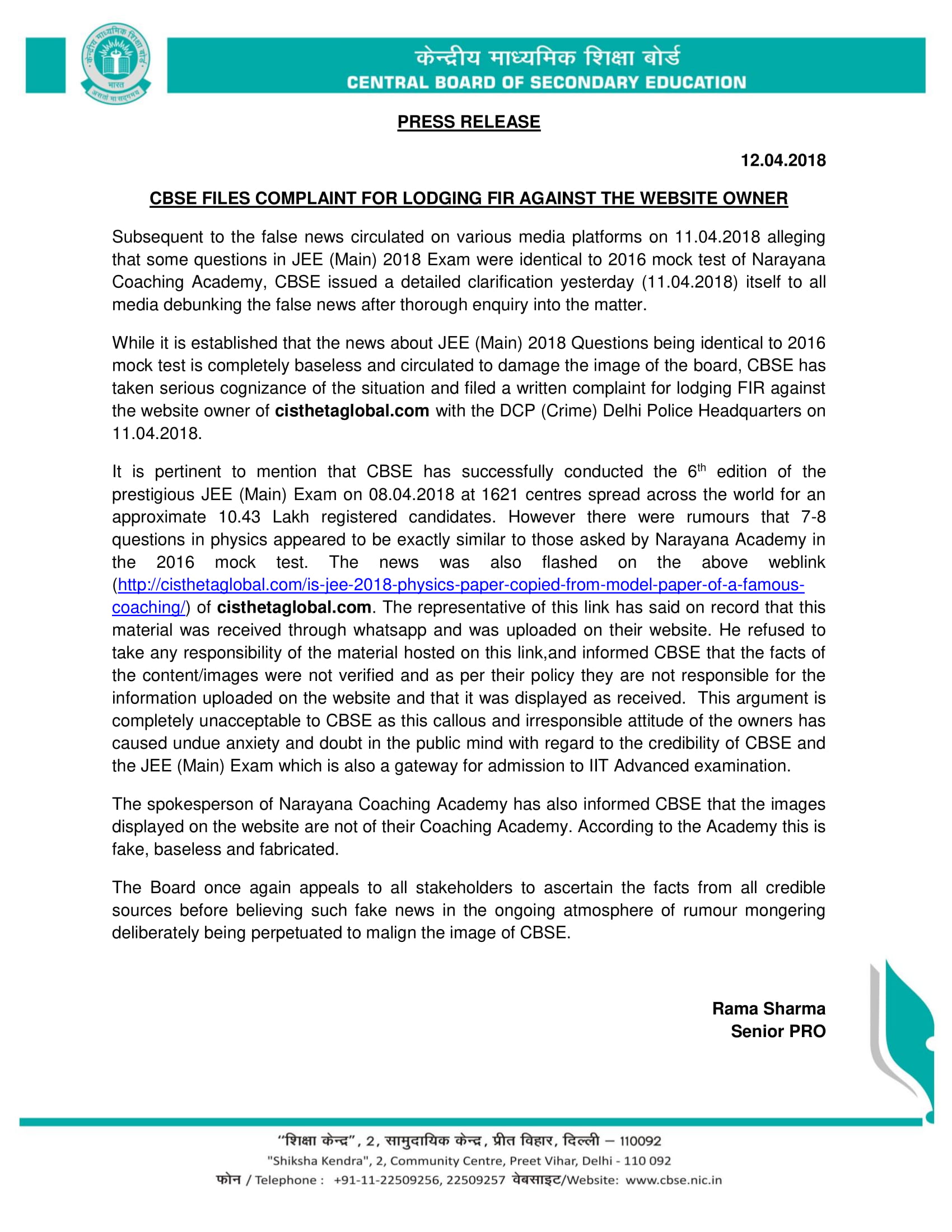 10.43 Lakh candidates appeared for JEE Main 2018 on April 08, 2018. A huge number of students will be giving the exam on April 15 and 16 as well, in online mode. The news of copied questions created a stir among the students, who were quick to demand probe on the matter.

Throughout the web, students displayed concern that copied question will be beneficial for the students from Narayana Coaching Institute. However, now that the Board has cleared the air the candidates need not worry anymore.

Good luck to all the JEE Main 2018 aspirants. What is your say on the matter? Let us know in the comment section below.