The Curious Case of Copied Questions in JEE Main 2018 After the school board paper leak scandal, CBSE has again stepped in dirt with Joint Entrance Examination (Main) 2018. The examination was held on April 08, 2018 and the exam was conducted successfully in 112 centers. Things turned down on April 10, when the reports of the striking similarity between JEE Main 2018 Question paper and model paper by a famous coaching institute started circulating in Whatsapp. Within hours copied questions in JEE Main 2018 became the talk of the town.

A total of 9 questions from Physics section, in Set C, were exactly the same as that in mock test of Hyderabad headquartered coaching classes (Narayana).

The complaint against the similarity between the two has also been reported to the Central Board of Secondary Education (CBSE) as well. To this, Rama Sharma the public relation officer of the Board states that the Board has received a word on the matter. The director is looking into the matter and a statement is awaited from him. 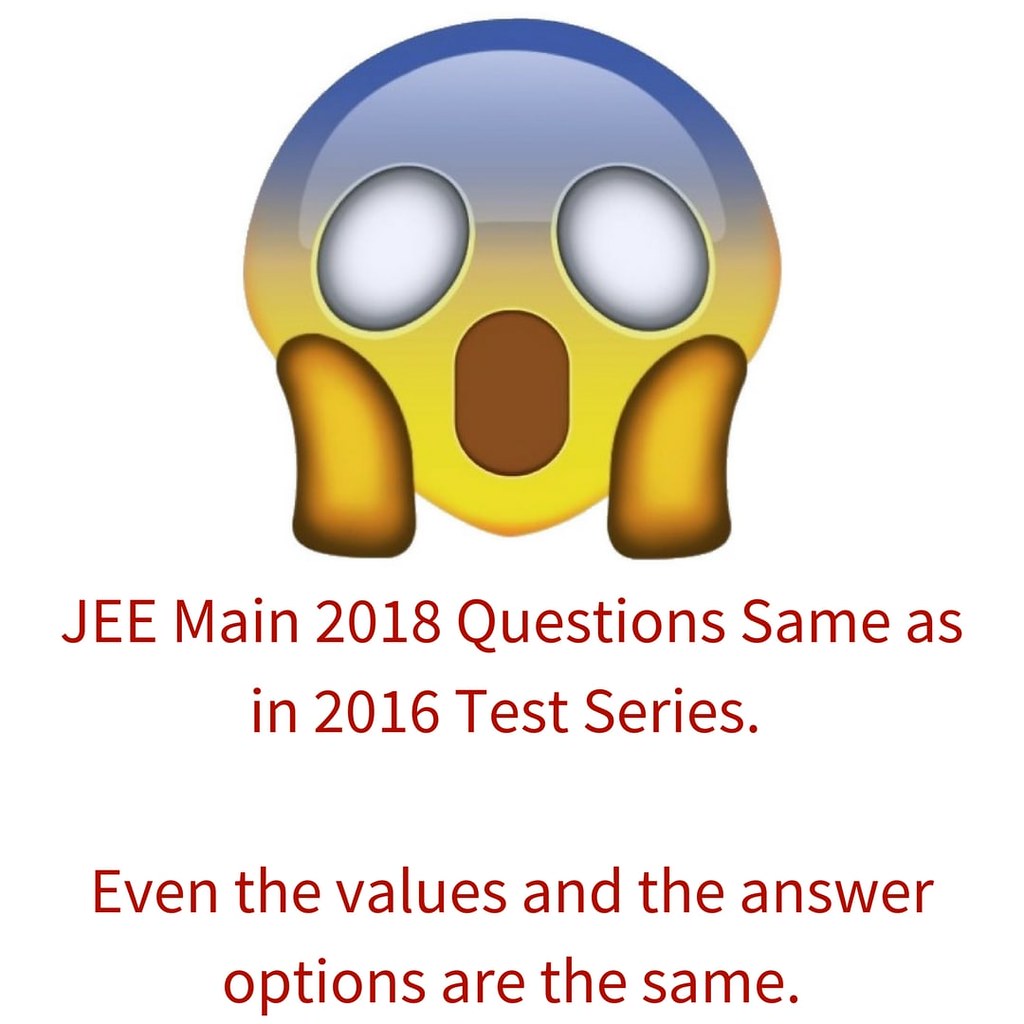 On the other hand, the official from Narayana Academy has denied the claims. Srinath, the spokesperson of the coaching institute told a daily, “These questions were a part of our ‘grand finale’ test a few years ago in 2016. Similar questions are there in some textbooks also”.

Since the paper leak has been a trending issue this exam season, the possibility of JEE Main paper leak is hard to avoid. Even if the paper was not leaked then also there is no denying that the questions were same, say students on various social media. This has bifurcated the students. While some are not much bothered, others raise concern that the students from said coaching center will get an upper hand in the exam. 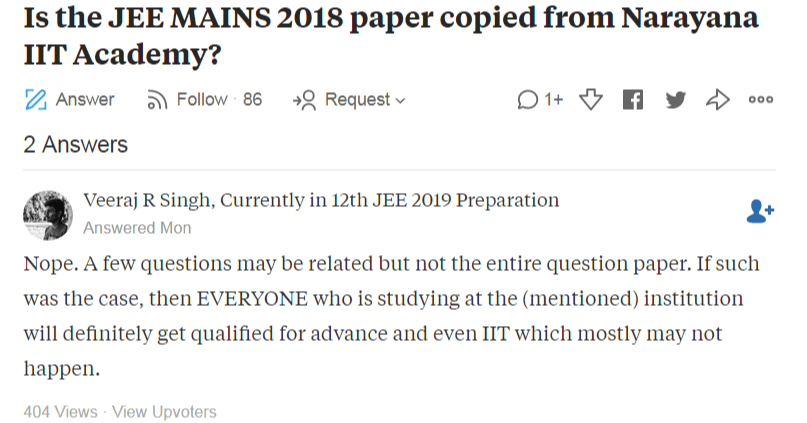 The students believe that this will enable bonus of upto 36 marks to students of said coaching center, which will directly make their JEE Main All India Rank in JEE Main 2018 Result better. 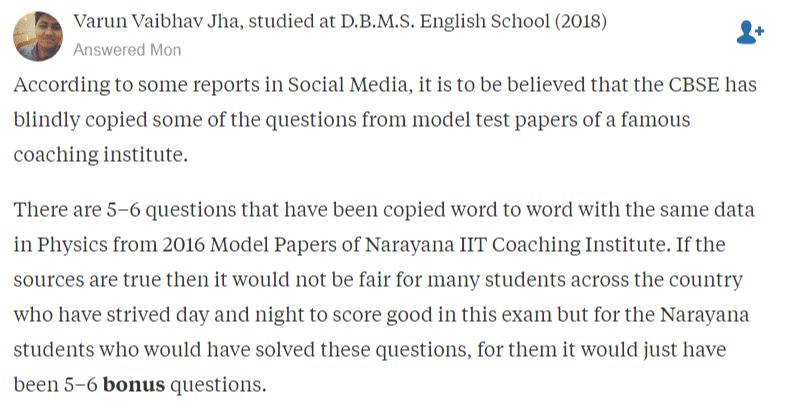 Even the analysis of the examination is not clear this year. While half the population of experts claim that Physics was the toughest section, the maximum coaching institutes in north evaluate that Mathematics and Chemistry were lengthy and tough. So far, no report of questions out of the syllabus have surfaced but in Q6 of Set B, none of the answer choices was correct.