Central Board of Secondary Education (CBSE) denies leak of data of applicants of National Eligibility Entrance Test (NEET UG) 2018. A notice refuting the leak has been published by the board. In response to the reports of NEET data leak, Congress chief Rahul Gandhi had written to CBSE chief to look into the matter. NEET data leak row has been a point of political controversy ever since then.

A few days ago reports surfaced that a certain website was selling the data of 2 lakh candidates who had appeared in NEET 2018 conducted by CBSE. The report raised questions on the security of students data with CBSE who had conducted for National Eligibility Entrance Exam for the last time.

CBSE’s Response To The Issue

Clearing the air, CBSE issued a statement denying any possibility of data leak. The board refers the incident to be “handiwork of certain unscrupulous persons with the objective of duping gullible public”. 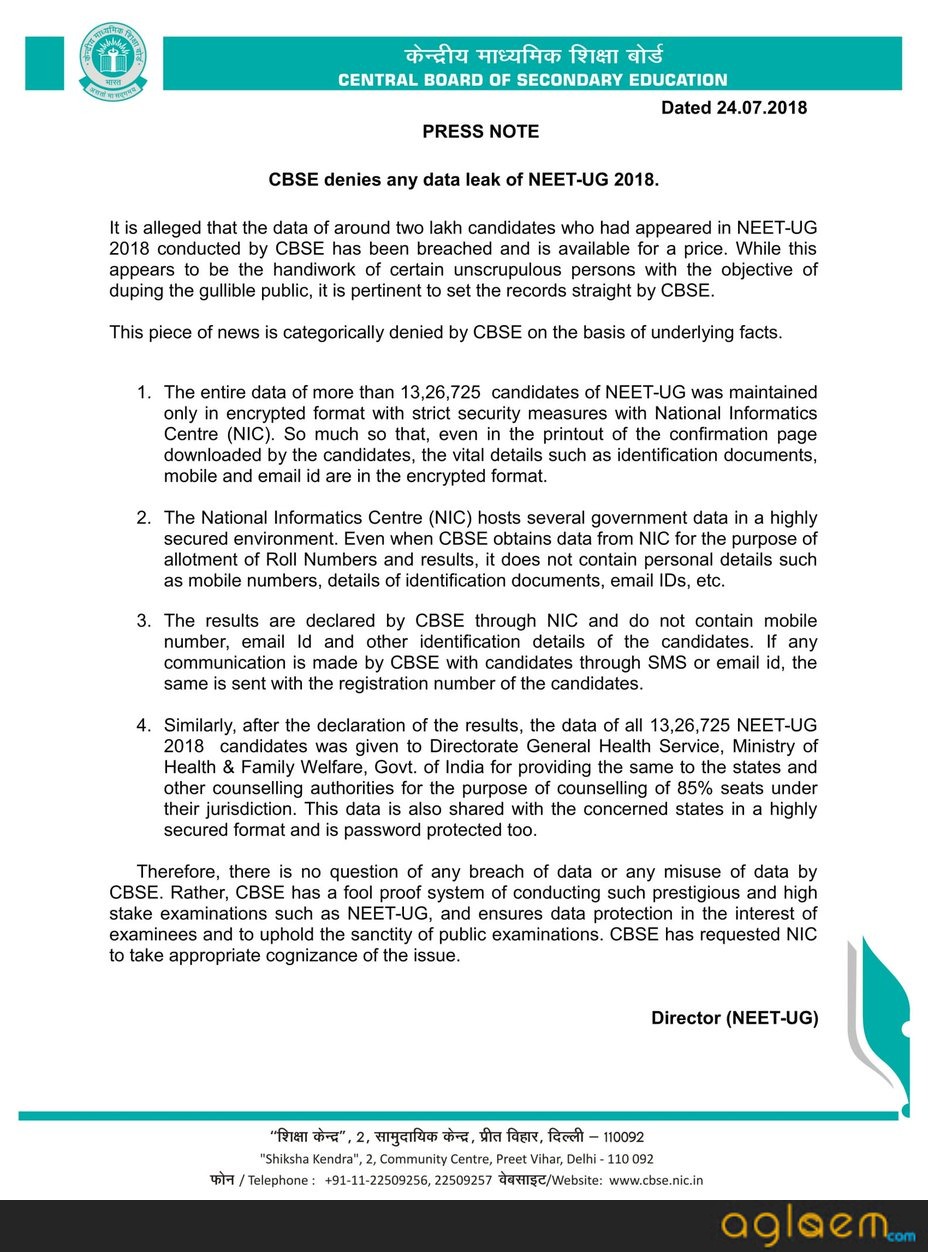 To set its record straight, CBSE, through the notice, claims that data of more than 13265725 candidates was encrypted. National Informatics Centre implemented strict security measures to make sure that no data could leak. Data made available to students through confirmation page lihe identification documents, mobile, email ID were also encrypted.

NIC also hosts other government websites. All government websites have highly sensitive data and thus NIC has no margin of error when it comes to protection of data. All information is stored in a secure environment. CBSE says that even when it has to get information from the centre in order to allot roll numbers and results, personal details like name, mobile number, email ID are not taken.

The board further points out that even when CBSE declares NEET result, it contains registration number and details including mobile number and email ID, which are being sold by the website in report in question, are not present.

NEET 2018 Result data is communicated by CBSE to Directorate General of Health Services, Ministry of Family Welfare, Government of India. The same is provided to states so that they can do 85% state quota counselling. Highly secured data format is shared which is password protected.

Concluding its notice, CBSE has said that it has asked National Informatics Centre to take this matter into consideration and to “take appropriate cognizance of the issue”.