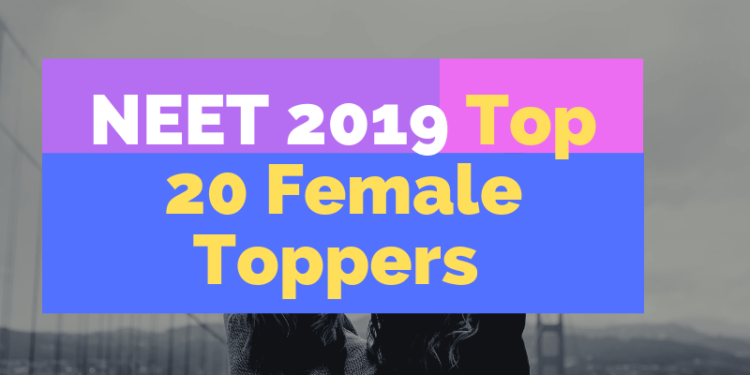 With the declaration of NEET UG 2019 Result, NTA notified that Madhuri Reddy G from Telangana is the only female to be ranked among the top 10 toppers. She has obtained 695 marks, and NEET percentile score is 99.9993620. She has secured an All India Rank (AIR) at 7th place. While Nalin Khandelwal of Rajasthan has bagged AIR 1 in NEET 2019. 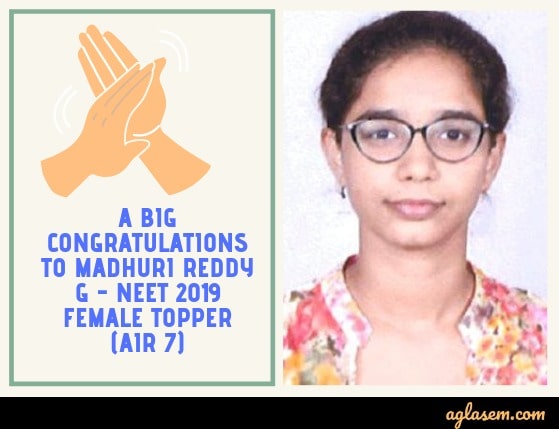 Speaking to the regional newspaper, Madhuri’s father Thirupathi Reddy G said it was her childhood dream to become a doctor and serve the society.“She appeared for the AIIMS undergraduate entrance exam and JIPMER entrance test. Depending on the result in these exams, she will choose the college,” Thirupathi Reddy said. 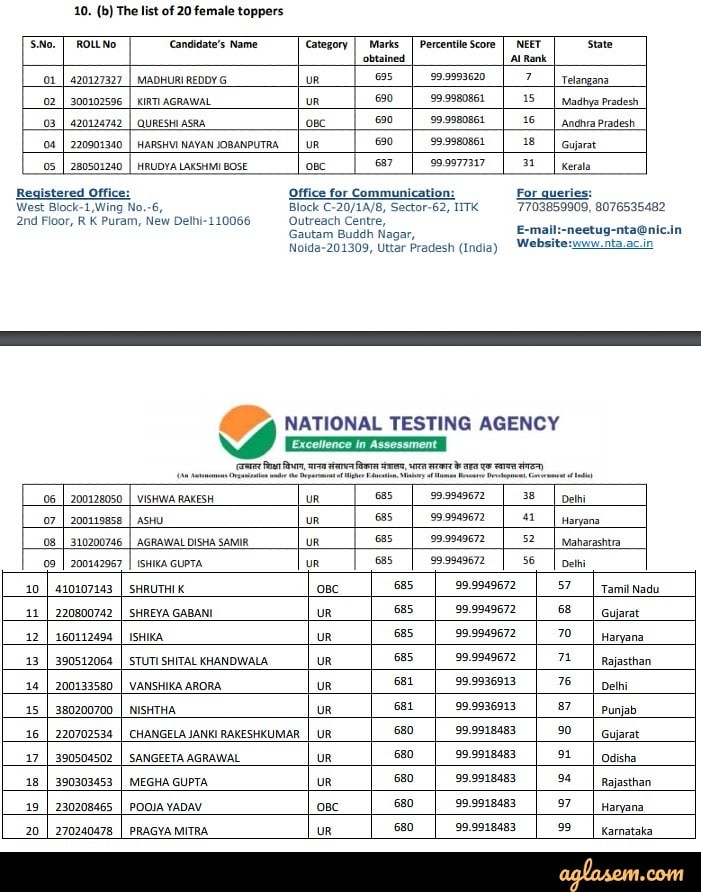 Hrudya Lakshmi Bose is the only Keralite who made it to the list of the top 20 NEET female toppers in the country. She scored a total of 687 marks out of 720, she bagged the 31st rank in the country.

This was Hrudya’s second attempt in NEET. In the previous attempt, she scored 476 marks, bagging the 31466th rank. She passed out of class 12th from Kendriya Vidyalaya No.2, Kasaragod in 2018, with 96.4 percent marks, emerging as the school topper. Other than NEET, in the previous year, she also appeared for the JIPMER MBBS entrance exam in which she secured an all India rank of 4875.

National Testing Agency conducted the NEET 2019 entrance exam on May 05, and 20, 2019. The exam was held in Hindi, English, Urdu, Gujarati, Marathi, Oriya, Bengali, Assamese, Telugu, Tamil and Kannada languages. The score for NEET is used for admission to MBBS/BDS Courses in India in Medical/Dental Colleges run with the approval of Medical Council of India/Dental Council of India under the Union Ministry of Health and Family Welfare, Government of India except for the institutions established through an Act of Parliament e.g. AIIMS and JIPMER Puducherry.