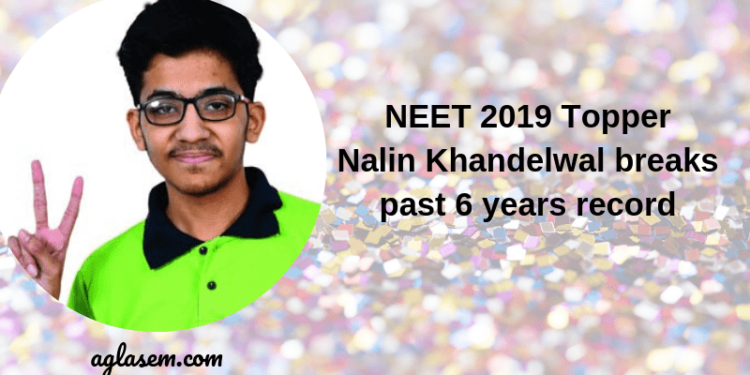 NEET Result 2019 was declared today at around 1:30 PM and had witnessed a record-breaking highest score of the topper Nalin Khandelwal. The Rajasthan boy has scored a total of 701 marks which is the highest scores of any NEET candidate in the past 6 years. His percentile score is 99.9999291.

CBSE conducted the exam until 2018. From 2019, National Testing Agency is in charge of NEET. This year the number of registering candidates of NEET has also increased by 14.52% from the last year.

NEET Toppers Since its inception

In NEET 2019, the scores of the candidates have been groundbreaking. Since the inception of NEET, no candidate got marks more than 700. However, this year the top 3 candidates have scored 700 and more.

To check the NEET Result 2019 the candidates have to visit ntaneet.nic.in. There they need to enter their roll number and date of birth to check the result. The result of NEET 2019 will have the cutoff marks and percentile for All India 15% quota counselling.

For more updates on NEET 2019, stay connected to AglaSem news!