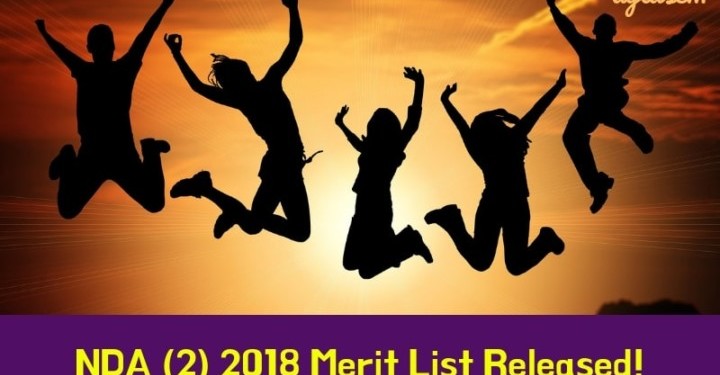 In order to check the final result of UPSC NDA & NA (2) 2018, candidates need to visit upsc.gov.in. Then they have to click the link Final Result: National Defence Academy and Naval Academy Examination (II), 2018.

As per the notice preceding the merit list, candidates need to visit websites of Ministry of Defence i.e http://www.joinindianarmy.nic.in, http://www.nausena‐bharti.nic.in and http://www.careerairforce.nic.in for details of commencement of course.

While preparing NDA Merit List, result of medical examination have not been considered. Also, candidature at this point is provisional. After candidates submit their documents in support of age, education, their result and merit position shall be finalized.

Candidates need to submit documents, wherever this has not already been done, to Additional Directorate General of Recruiting, Adjutant General’s Branch, Integrated Headquarters, Ministry of Defence (Army), West Block No. III, Wing-1, R. K. Puram, New Delhi-110066, instead of UPSC.

UPSC will announce NDA 2 marks at upsc.gov.in by May 25, 2019 (within 15 days of declaration of final results). Also, cut off marks will also be published at the website in no certain number of days. Usually UPSC publishes NDA cut offs at least one month after final result. Last time cut off was 338, with at least 25% marks in each subject, out of 900. And marks secured by last finally recommended candidates was 705 out of 1800.

NDA and NA examination is one of the few ways for defence aspirants to join Indian Army, Navy, Air Force after class 12. Besides NDA, candidates can join through 10+2 Tech, also known as Indian Army Technical Entry Scheme (TES). 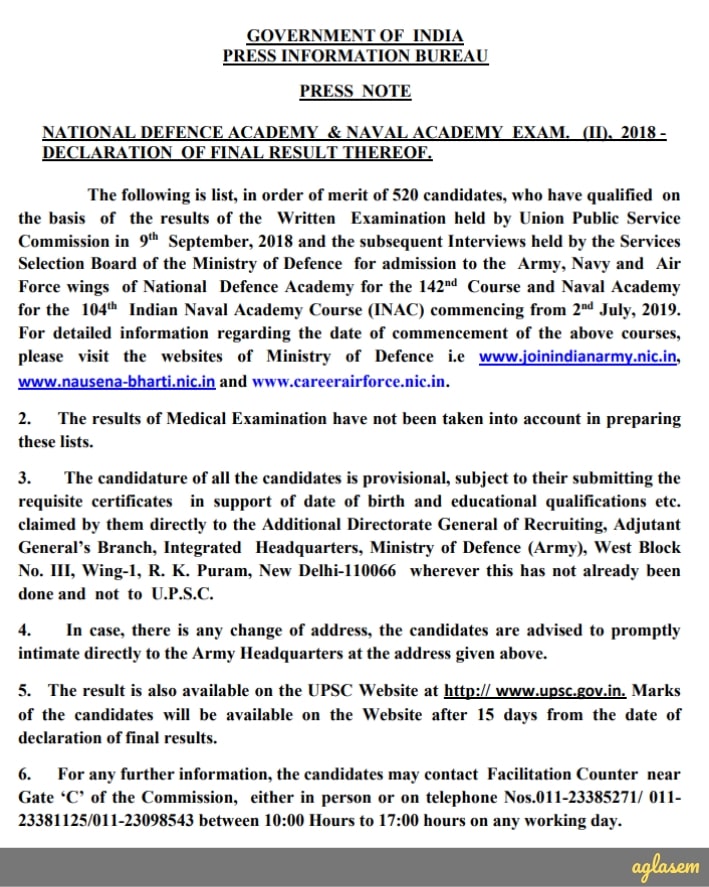