HBSE has cancelled class 12 board exams of 2021. Result will be announced as per a fair and objective criteria, releasing soon. 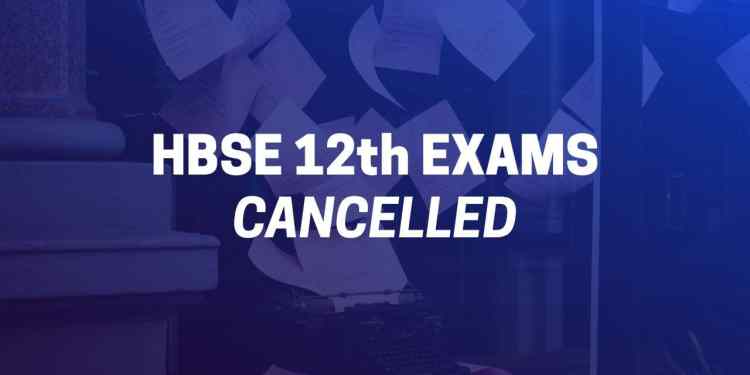 Haryana Board of School Education (HBSE) has decided to cancel HBSE 12th board exams 2021. The decision has been taken in tune with Government of India’s decision to cancel CBSE 12th exams.

Haryana education minister, Kanwar Pal Gujjar reportedly informed the news to PTI a few hours ago. HBSE is yet to publish notification at the official website bseh.org.in. However the news has been published in leading dailies, metaphorically putting a stamp of confirmation on the report.

Earlier, HBSE had decided to hold class 12 board exams from June 15, 2021. As per previous discussions among stakeholders, the board was planning to conduct exams over a span of 5 days, from June 15 to 20, 2021. If the plan was executed, then the exams would have been MCQ based, at home centers of students, and of only 90 minutes duration.

However now, students need not appear in board exams. HBSE will declare results of class 12th students based on a fair and objective assessment criteria. The said objective criteria is yet to be decided, and/or announced. As soon as the modalities are finalized, they will be made public by the board.

Last year HBSE announced class 12th results on July 22. A total of 80.34% students had passed. Since the results will be published on basis of internal marks, there are high chances of exorbitantly high pass percentages. Consequently, admissions to undergraduate programs may solely depend on common entrance tests of some sorts. The precise roadmap on what after cancelling exams, is not clear.

Meanwhile, it is worthy to note that the historic decision of cancelling class 12 board exams was taken today, in the high level meeting chaired by the PM Narendra Modi. The meeting, as well as its decisions were pleasantly unexpected. Soon after CBSE made its announced, HBSE as well as CISCE announced that they are cancelling their 12th exams as well. More boards are expected to follow in their footsteps.

CBSE Class 12 Board Exams Cancelled, Class 12 Results Will Be As Per Well Defined Objective Criteria