GATE 2022 exam date are the first and second Saturdays and Sundays of February. 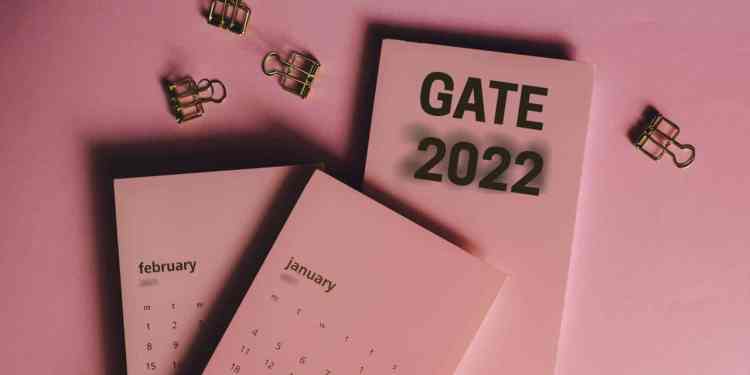 IIT Kharagpur has announced the GATE 2022 exam dates. The Graduate Aptitude Test in Engineering will be held on February 5, 6, 12, and 13, 2022. With these dates, the institute shall continue the tradition of holding the national level PG engineering entrance exam on the first and second Saturdays and Sundays of the month of February. The organizing institute this year IIT KGP.

In the press release carrying announcement of the exam date, Director of IIT-Kharagpur VK Tewari also said that the brand value of GATE exam is also rapidly increasing. As a result of which, foreign universities are also now using the scores of this exam to offer admission in their courses.

It has also been decided that the eligibility criteria of GATE 2022 will be expanded. This time, candidates with B.Des and M.Pharm degrees will also be eligible for the exam.

The application form for GATE 2022 is expected to release in August or September. Last year the registration process commenced on September 11, and closed on October 8. Though the window to apply with a late fee was still kept open till October 14. Then candidates were given a chance to change category, paper, city from October 28 to November 13, and edit city till December 15. Thereafter admit card was released on January 8, and exam was held on the 1st, 2nd Saturdays and Sundays in the month of February.

As per analysis of statistics of the GATE exam, the most popular papers are Mechanical, followed by Civil, Computer, Electrical, Electronics. Last year 120594 candidates, 115270 candidates, 101922 candidates, 87559 candidates, and 80629 candidates appeared in these exams respectively. A total of 7,11,542 candidates had appeared in the exam last year. The number is expected to rise this year owing to the new papers. Also, last year the exam was held amidst the pandemic, and this year it is anticipated that the situation would be much more stabilized than last time.

Recently, IIT JAM 2022 exam dates were announced. The Joint Admission Test for Masters will be held on February 13, 2022, and application form for the same will be released on August 30, 2021, at jam.iitr.ac.in. JAM is another PG entrance exam held by the IITs, which is also widely popular. This year IIT Roorkee is organizing this exam.