SCCLCIL recruitment 2019 for 88,585 vacancies is fake. Candidates are advised not to apply at scclcil.in. 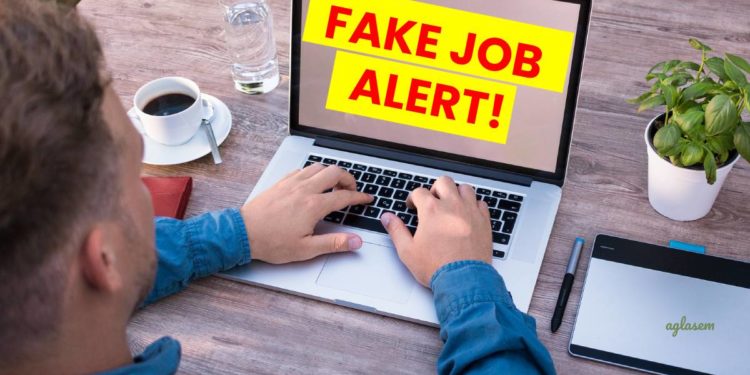 Government job aspirants in India were in for a surprise yesterday when they saw a single recruitment notification bearing 88,585 vacancies. The notification claimed that SCCLCIL, South Central Coalfields Ltd is a subsidiary of Coal India Limited and inviting applications for eighty eight thousand, five hundred and eighty five vacancies; the sheer number of vacancies was too high to catch the attention of everyone who saw it.

He further said, “Candidates should not apply to this fake notification”.

Attention should also be brought to the fact that yesterday when the notification was published, it carried the name “South Central Coalfields Ltd, A subsidiary company of Coal India Ltd, A Govt of India undertaking” (see pic below)

Overnight, the website, where the notification has been published and online application is running, has changed the details of the company? Now the website says, “South Central Coalfields Ltd is an International Association bearing the name of “The SCCLCIL, Metal Ores & Industrial Minerals.” But until yesterday the notification claimed that the company is a subsidiary of CIL.

Readers are informed that Coal India Limited is a Maharatna company, founded in 1975. It is the single largest coal producer in the world. CIL has the following 7 wholly owned subsidiaries

There is one mine planning and consultancy company of Coal India Limited, Central Mine Planning and Design Institute Limited.

As can be seen, there is no company by the name of SCCLCIL that is associated with CIL.

The alleged SCCLCIL is also not to be confused with The Singareni Collieries Company Limited. The Singareni Collieries Company Limited is referred to as SCCL in India, and is a government owned coal mining company in India. It is a PSU. Aglasem had contacted SCCL also over a telephone call, and they also confirmed that they are not associated with the so called SCCLCIL that has released so many vacancies.

On one hand the SCCLCIL recruitment notification 2019 has been uploaded in various job alert networks, and on the other hand newspapers are also publishing it as reports. The fact that the notification has been covered in so many places has led job seekers to believe that it is a true notification. As a result, several candidates have already applied for it. The application fee is Rs 350, and Rs 180 for SC, ST, ex-S, female, minorities, EWS. the notification further states that Rs 250 will be returned after exam, and those who have paid Rs 180 will get complete fee back after exam.

The growing concern here, for all those who have realized that this is a fake notification, is not just that lakhs of candidates will lose their money by applying to the notification. Concern is also that by paying fee, they are doing transaction using their credit card, debit card, net banking, UPI details in a fake website, leaving their precious banking credentials vulnerable in the hands of the alleged person/persons behind the notification.

Yesterday, the notification said that deadline for forms is October 19, and today it says the last date to apply is November 24.

There is no mention of SCCLCIL on any website except the one where this notification has come. Yesterday the notification claimed that SCCL is “South Central Coalfield Ltd”, a subsidiary of Coal India Limited, Government of India. Today the notification says that SCCL is South Central Coalfields Ltd, a company in Mumbai. The website says that it is an international association and the full name of the company is “The SCCLCIL, Metal Ores & Industrial Minerals.”

Why is SCCLCIL vacancy notification fake?

The website, and notification have inconsistent data. Look at the about us page. On one hand it is using the logo of Coal India Limited, Govt of India. And on the other hand it says it is an international association. (see pic below)

There is no subsidiary of Coal India Limited by this name. So the company appears fake.

To validate the concerns, we have contacted CIL, SCCL.

Coal India Limited has said that SCCLCIL recruitment 2019 notification for 88585 vacancies is fake.

The Singareni Collieries Company Limited has also said that SCCLCIL recruitment 2019 notification for 88585 vacancies is fake.

Up until now, two major bodies have confirmed that the circulating SCCLCIL vacancy 2019 is fake. Government job aspirants are requested to share this news with their friends. It is important for the lakhs of govt job aspirants, who are working hard day and night to prepare for different govt job exams, know this so that they do not waste their money and time on fake job notification. Also, by making payments on unsecured websites, they can put their online banking, credit card, debit card details in danger.