The first cut off for Delhi University Undergraduate Admission 2019 is going to release on June 28, 2019. Various experts and newspaper reports have suggested that there shall be a slight increase in the DU Cut off 2019. The marginal increase shall be between 0.25 to 0.75 per cent for its undergraduate courses.

This year, the BA programmes are the popular choice among the students. Like last year, BA (Hons) English is one the top choice for admission. As many as 142,970 applicants applied for BA (Hons) English. B.A. (Hons.) Political Science is the second most popular choice for the students, as a total of 125519 number of applicants applied for this course. 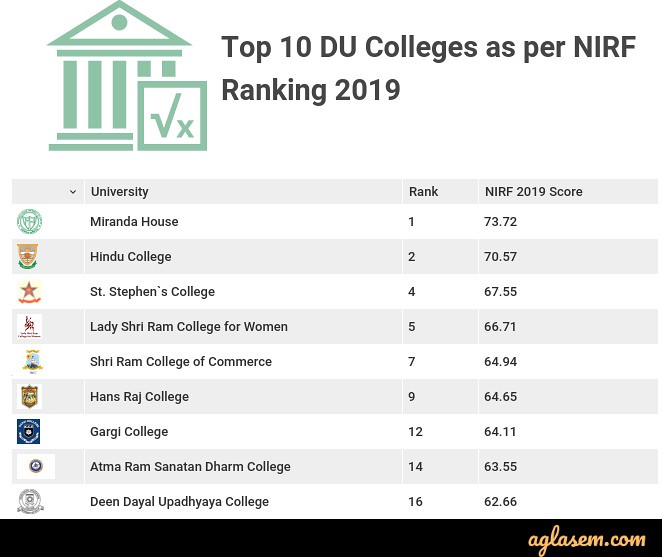 St. Stephens College has already released its cut off for UG admission 2019. The students require more than 95% marks in order to take admission to St. Stephens College. Science and commerce students applying for BA (Honours) in history need to have 98.5 per cent, while humanities students need to have at least 97.25 per cent. The maximum cut off has reached for B.A. Hons. Economics and B.A. Hons. English.

Previous year cut off for Shri Ram College of Commerce (SRCC) was 98.5% for BA (Hons) Economics.