Finally, Delhi Subordinate Service Selection Board (DSSSB) has come out with the date of conducting the examination for Directorate of Education (DOE) and Municipal Corporation of Delhi (MCD). The board said to the High Court that the examination of DSSSB recruitment 2018 for DOE and MCD will conduct in the last week of July.

Also, the board said that the examination of Directorate of Education and Municipal Corporation of Delhi will be online.

M.K Nikhil, Deputy Secretary, Delhi Subordinate Service Selection Board announced about the recruitment exam in the high court through an affidavit. 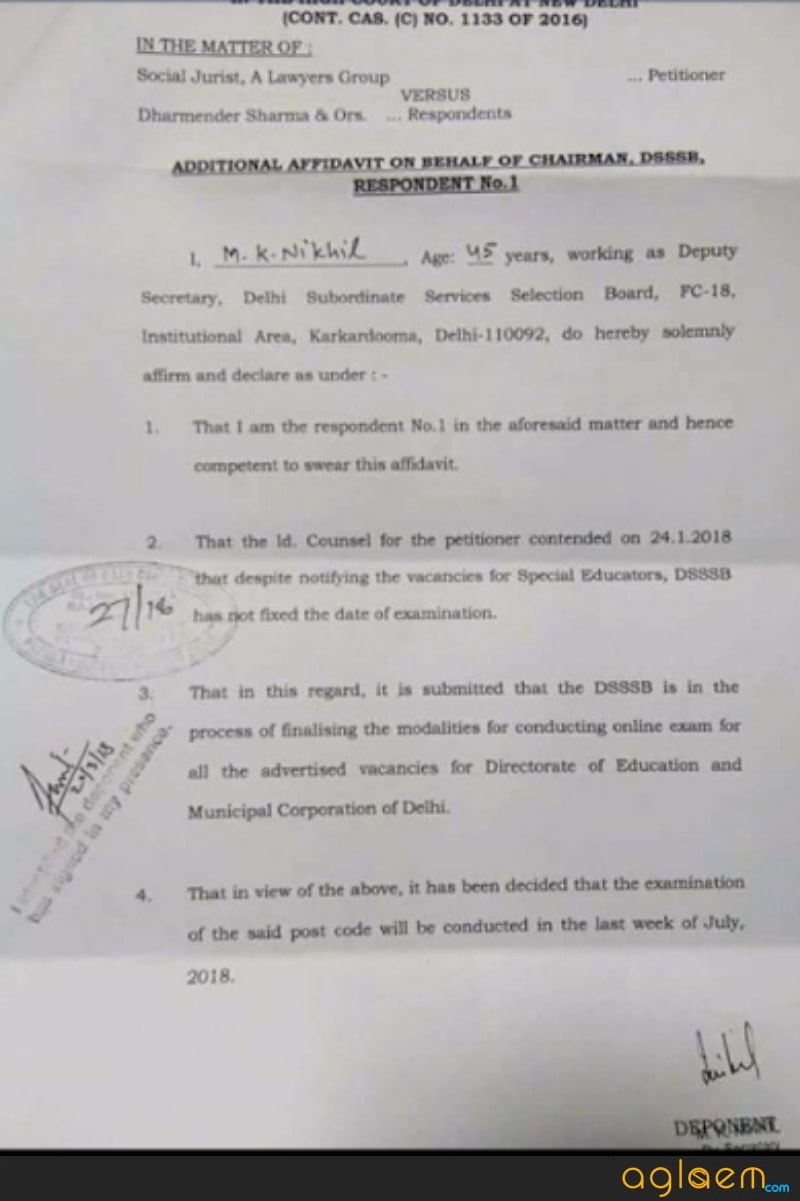 As the reports said that DSSB has issued the advertisement of recruitment for teaching posts for DOE and MCD against the order of the court. After which the court asked the board to issue a new advertisement for the post of teachers in DOE and MCD. This created a lot of chaos among our future teachers as well as the government of Delhi.

But now, the things are sorted to some extent and the board has finalized the date of the recruitment examination.

Last year i.e on October 19, 2017, DSSSB conducted the examination for the post of teachers with total 4336 vacancies. But the paper was leaked and was canceled by the board.

Delhi Subordinate Services Selection Board (DSSSB) came into the existence on the 50th anniversary of Indian Independence at National Capital Territory of Delhi. The board is responsible for conducting the various recruitment exams. Apart from this DSSB conducts the written test for the appointment of personnel in the subordinate services of the region.

Do read this, and let us know if you have any query regarding this. Please Comment in the comment box mentioned below.