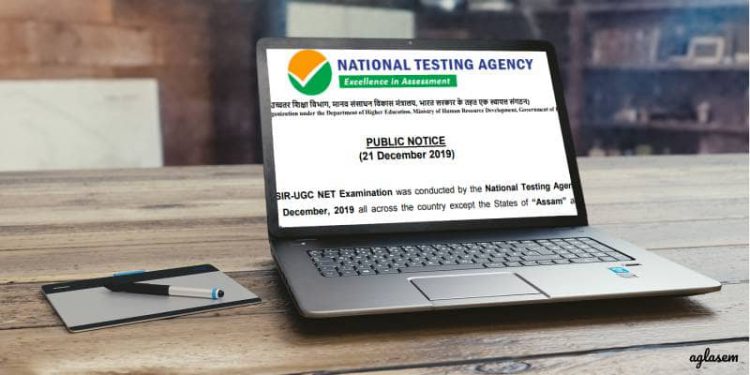 National Testing Agency (NTA) will conduct exam on rescheduled date December 27, 2019, in Dibrugarh, Guwahati, Jorhat, Silchar, Sivasagar and Tezpur in Assam, and Shillong in Meghalaya, where exam could not be held on the previously scheduled date of December 15, 2019. For all such candidates who got exam centres in these cities, the agency will issue the CSIR NET admit card on December 23, 2019, at csirnet.nta.nic.in.

A total of 7,772 candidates are scheduled to appear on the rescheduled exam date, in 24 centres. The agency is also sending sms and email regarding this update to the affected candidates.

Candidates need to download their new admit cards from the scheduled date, and attend exam as per the new date and timings conveyed to them. Instructions pertaining to the National Eligibility Test should be checked from the hall ticket, before going for the exam. It is also recommended to visit the centre a day in advance, to ascertain time required to reach it from place of residence and be there on time on the new exam date. All other aspects of the exam, besides the new date, shall remain same for candidates from all over India.

For the rest of the centres all across India, exam was held on the last Sunday. A total of 2,66,573 candidates appeared in the exam, for 5 subjects, in two shifts. Tests were held at 581 centres in 2017 cities. The exam was computer based.

It is now anticipated that NTA will release the answer key of CSIR NET exam, a day or two after conducting the exam in Assam and Meghalaya. Whereas initially it was expected that the solutions will be available a day or two after the initial exam date, it became evident that the event will get delayed due to the postponement of exams in the two states.

Here it is pertinent to note that NTA is supposed to declare CSIR NET results by December 31, 2019. However this event may now get delayed due to the introduction of this rescheduled exam date. Nevertheless NTA is known to expedite its processes to overcome such hiccups and either the delay will not happen at all, or it will be minimized to the best of the agency’s capabilities.