Bihar Board Takes Measure to Curb Cheating; Students Instructed to Come for Exam in Slippers Over 900 to 1000 students have been expelled by Bihar State Education Board (BSEB). Such huge number of candidates were banned on grounds of mass cheating in class 12th. The Chairman of BSEB, Anand Kishore, told that the students have been expelled because they adopted unfair means to qualify exams. Along with the students, the Board has also identified 25 fake examiners. As per the news reports, FIR has been lodged against parents who assisted their ward in cheating.

This is not the first incident of cheating in Bihar Board examinations. Every year, several reports of cheating are informed. Last year, the topper in Arts was a 42-year-old man, who forged his age. A year before, the toppers in the examination could not even state out what they studied in the subjects because their parents brided the authority. 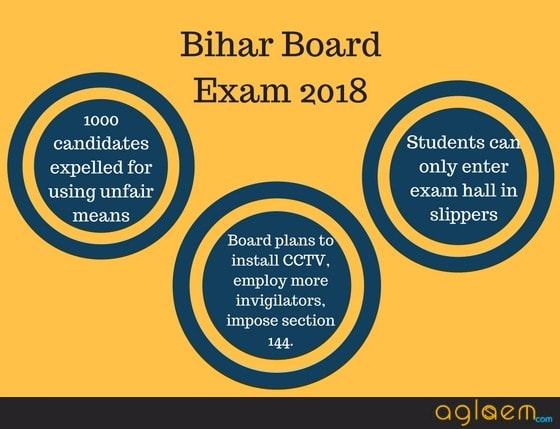 Even on the first day of the examination, this year, the question paper for Bihar class 12th was leaked. Hence, to curb the problem, Board has started taking measures. The initiation has been done by banning the shoes and socks. The Bihar class 10 and 12 students can only take the exam if they reach the exam hall in slippers.

The move has received mixed reactions from the students, parents, and critics. While some applaud the Board for at least making an effort, the rest labeled it as inconvenience for the students. In its defense, the Board stated that this is being done to control cheating and also make the frisking process quicker.

Other than this, the Board has also planned to install CCTV camera in the exam centers and keep friends and family away from the exam hall. The number of invigilators will be 1 per 25 candidates. The invigilator will be assigned new center every day. Even section 144 might be enforced and as per it more than 10 people will be allowed to gather within the radius of 200 meters. 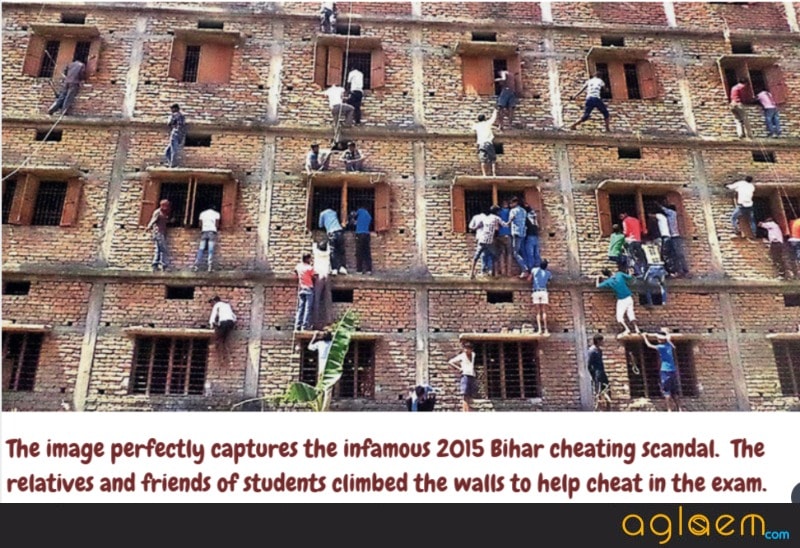 The infamous Bihar cheating 2015 is no less than a scandal. The image showed parents and family members climbing the building to help their ward cheat and pass the examination. This should have been the clear indication for the Bihar Board to implement the measure, which it is planning to do now.

Some fear that putting too much of check on the students during the examination will lead to increasing number of dropouts. In 1996, the High Court directed Board to take strict steps for eradication cheating system. The same year, only 12% candidates qualified the examination.

UP Board exam 2018 are a perfect example of strict vigilance leading to increased dropouts. The current examination in the state have tight security. The Board has installed CCVT and has taken all the measures it could to curb cheating. The result is that on day 1, around 1.8 lakh candidates did not appear for the exam and on day 2, the figure raised to 5.05 lakh. As per the reports, the total toll of UP Board 2018 exam dropouts is nearly 10 lakh.

Despite all the criticism, the measure to curb the cheating must be taken. Those who are dropping out because of the strictness are doing so because they have not studied. Having less number of exam takers with more qualifying percentage is better than having a large number of entrants and less number of qualifying percentage. This will also encourage those students who actually burn the lamp day and night to score well.

What is your take on the matter? Should board impose strict measures to curb cheating or should it seek some other solution so that the number of dropouts is less? Also, are these measures to end the cheating culture in Bihar and other states sufficient? Speak up your mind, comment below. Lets us know what the population thinks about the scenario.