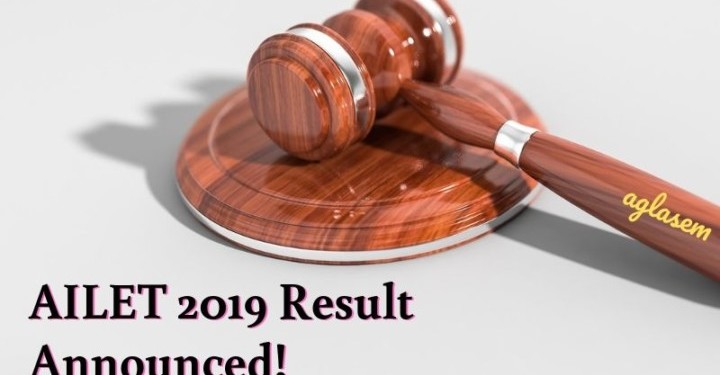 National Law University (NLU) Delhi announced AILET 2019 Result on May 27, 2019, a little more than a hour before clock struck midnight. Initially result for All India Law Entrance Test (AILET) BA LLB programme was supposed to be declared on May 28, 2019.

8 Separate merit lists have been published for result of AILET 2019. First one is titled First Merit List of Selected Candidates. it contains roll number, name, name of father/mother/guardian, gender, and marks of all candidates who have been provisionally selected for admission to 5 year BA LLB programme 2019-2020 in NLU Delhi on basis of AILET exam. 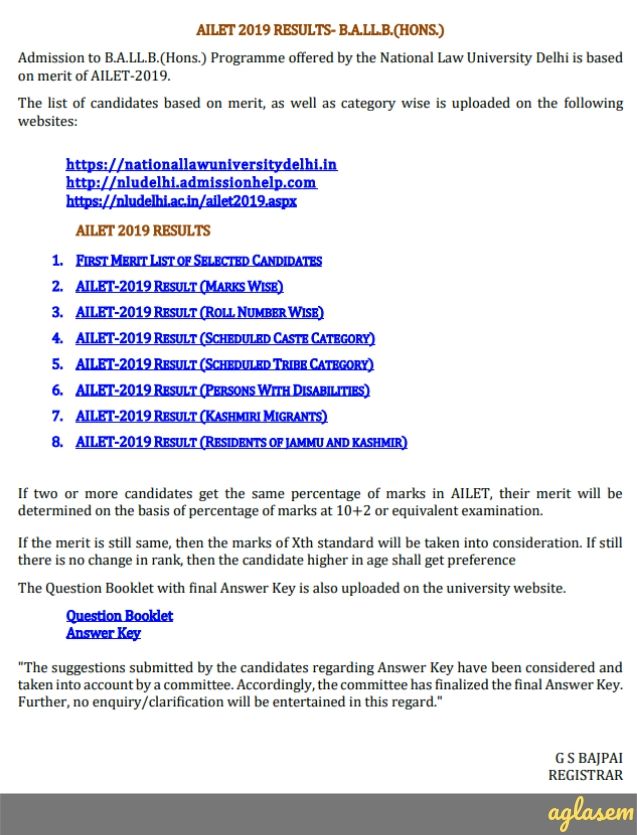 As per first merit list, overall 73 candidates are being offered admission. This is equal to number of seats that is 50 for general category, 11 SC, 5 ST, 4 PWD, 1 Kashmiri migrant, 2 residents of JnK. Then there are 5 seats for FN, and 5 for OCI/PIO that will be announced separately.

Second list released today is marks wise merit list. It contains marks of all 18583 candidates who appeared in exam. 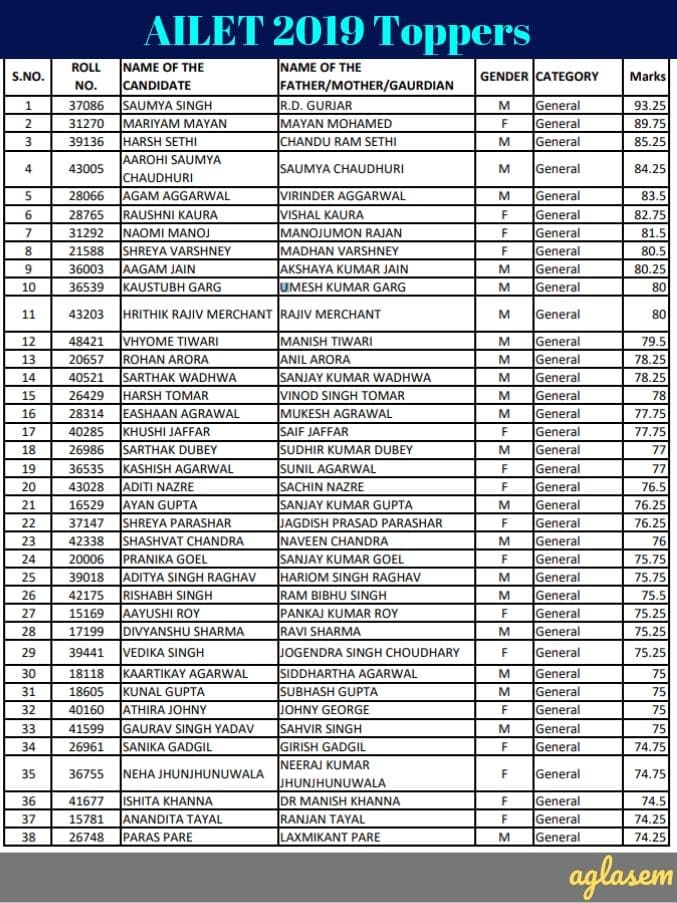 Then list number three is again for all 18583 candidates, only this is roll number wise instead of marks wise. It contains same details as second one.

All India Law Entrance Test was held on May 5, 2019. After that the exam conducting body released its answer key on May 8, 2019, and accepted objections until three days later. Now with result, final answer key has also been published.

NLU Delhi is Among Top Law Colleges In India