The Medical Council of India (MCI) has issued a notification recommending to increase the PG seats. Owing to the teacher-student ratio made by the MCI, 601 MD/MS seats will be added to various Government Medical Colleges/ PG Institutes across the country for the academic session 2018-19.

The number of PG Medical seats that have been increased in each state are:

The decision has been taken in the subject to submission of an Undertaking by the State Health Secretary stating that the Institution will fulfill the minimum required facilities such as infrastructure, beds and faculty, etc. at the time of Assessment, failing which, the Council/ Central Government may withdraw the permission granted. 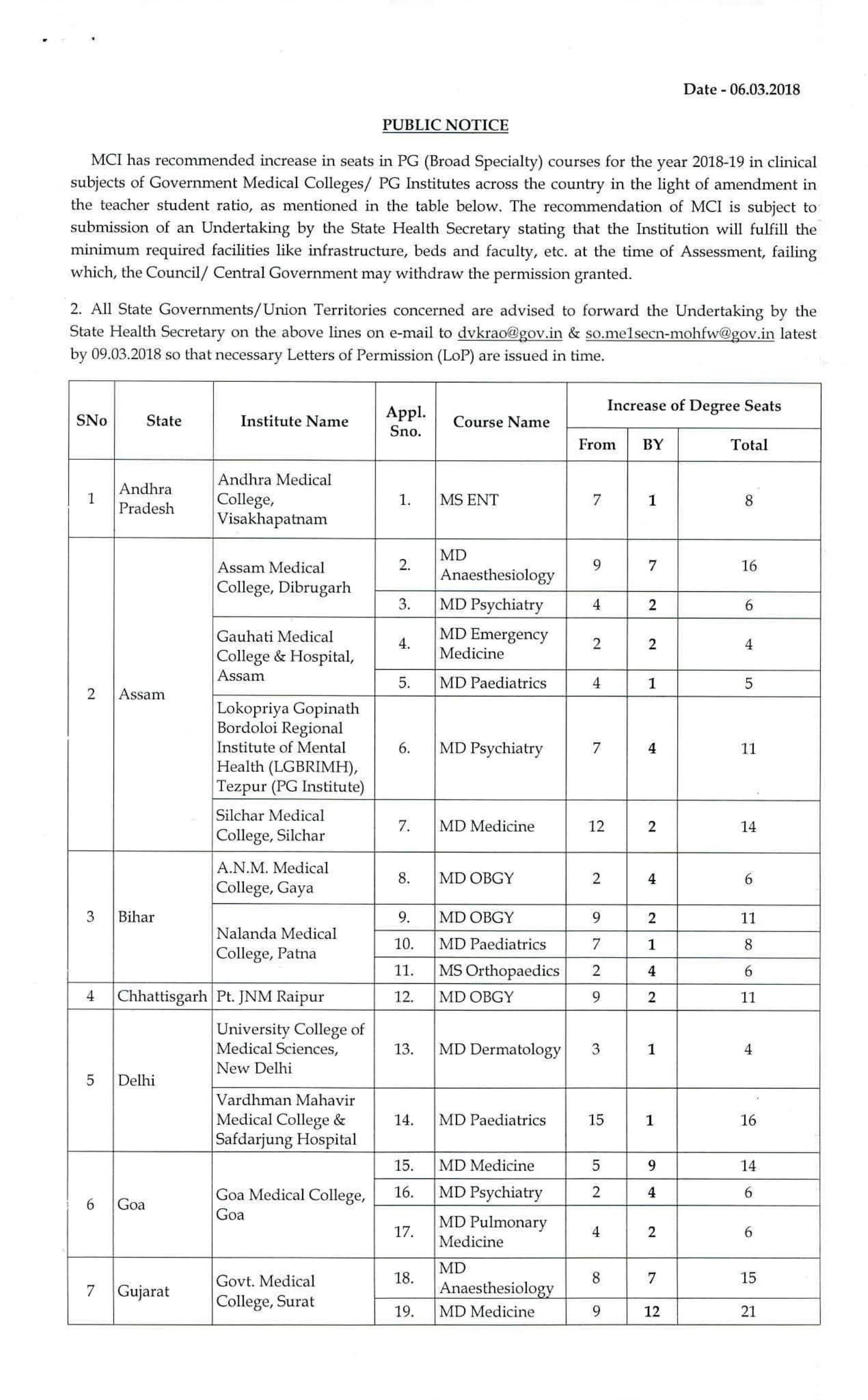 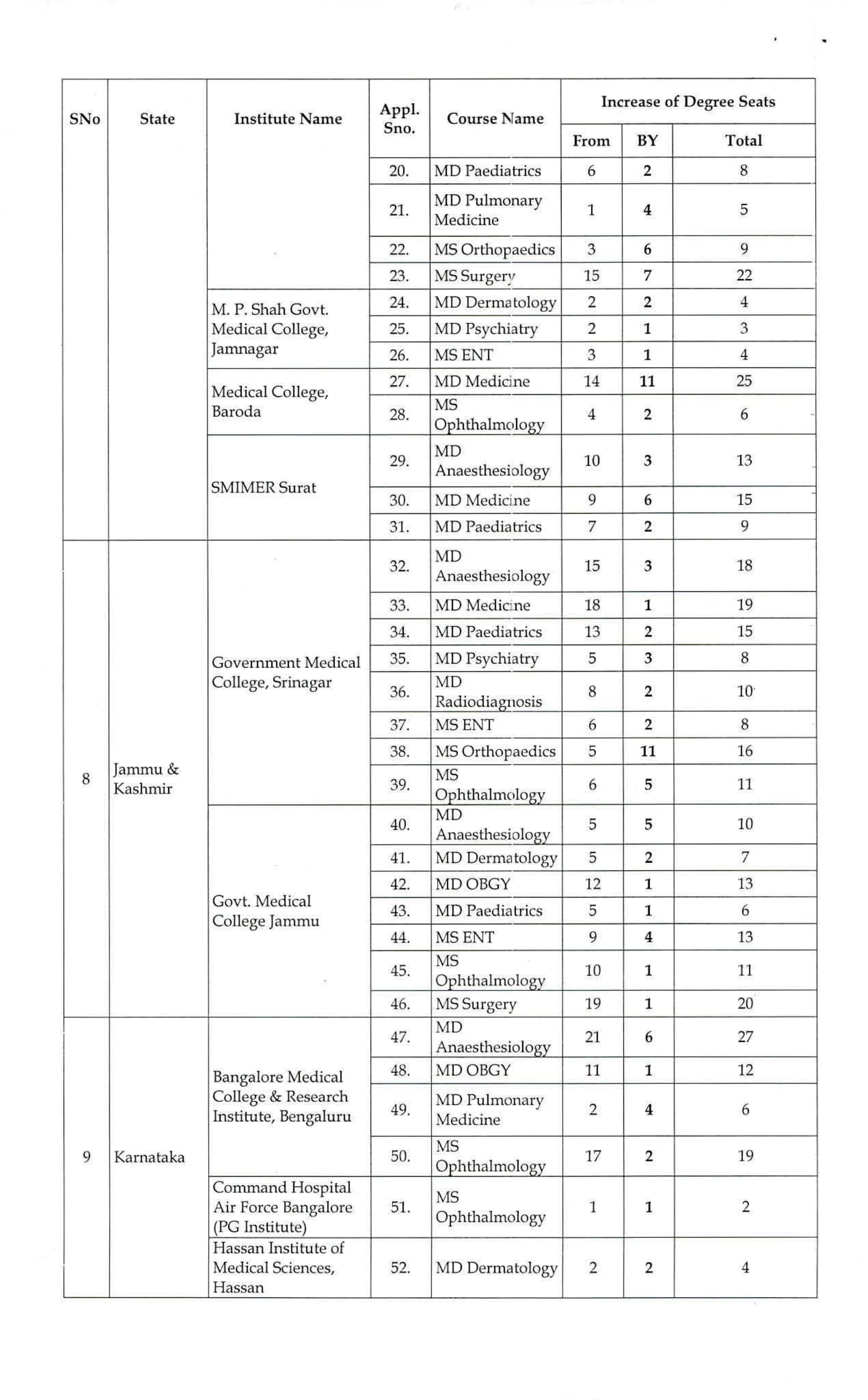 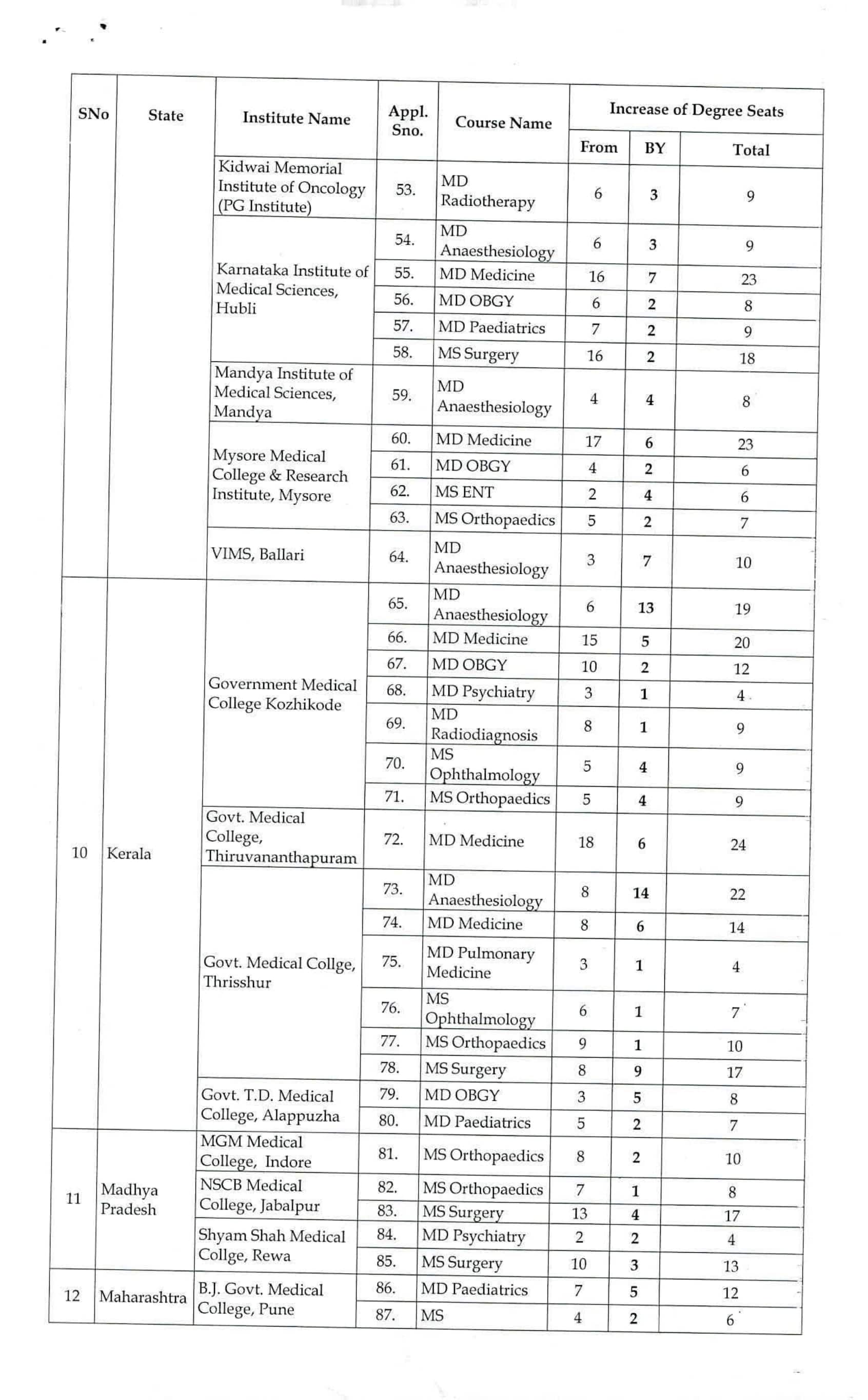 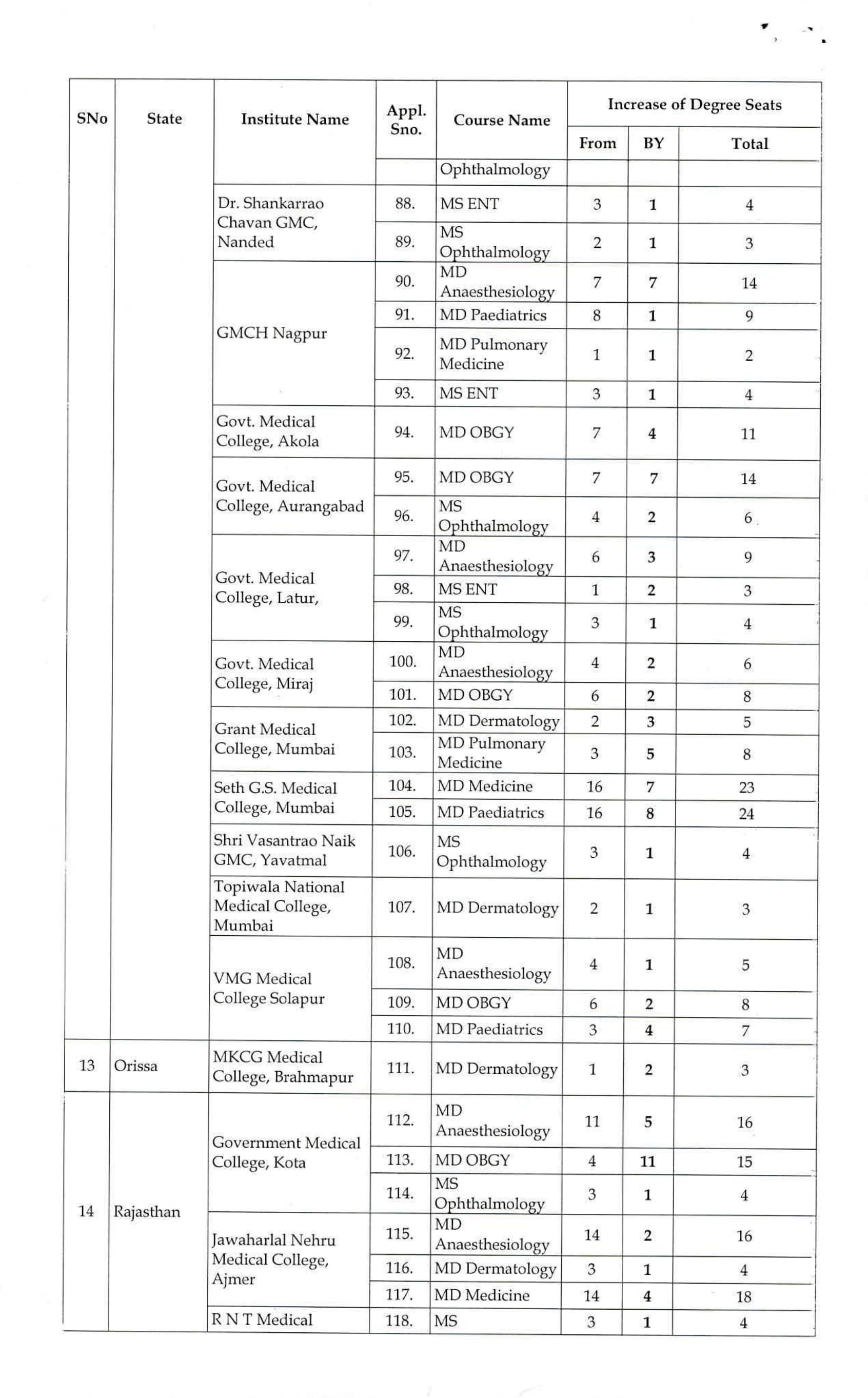 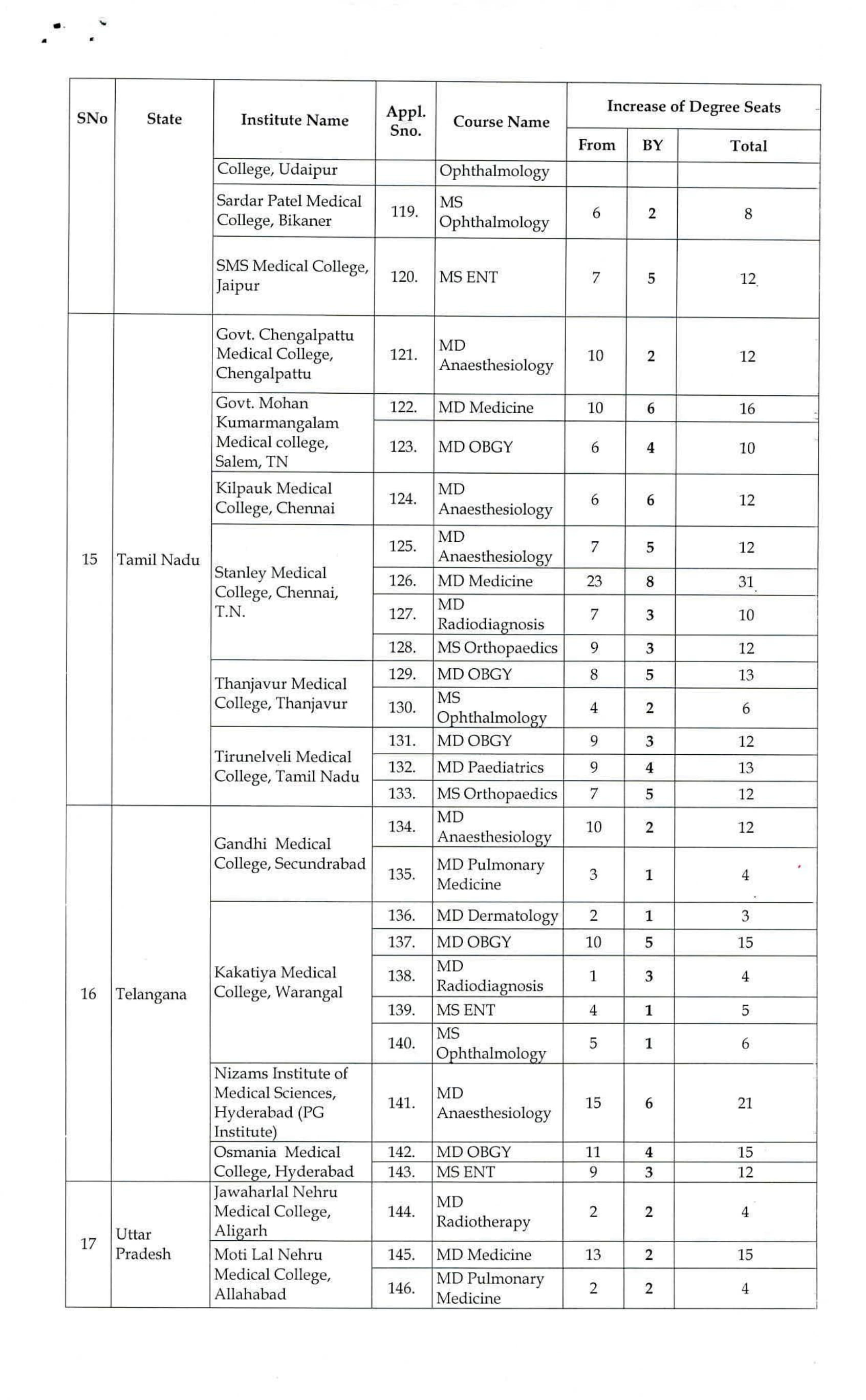 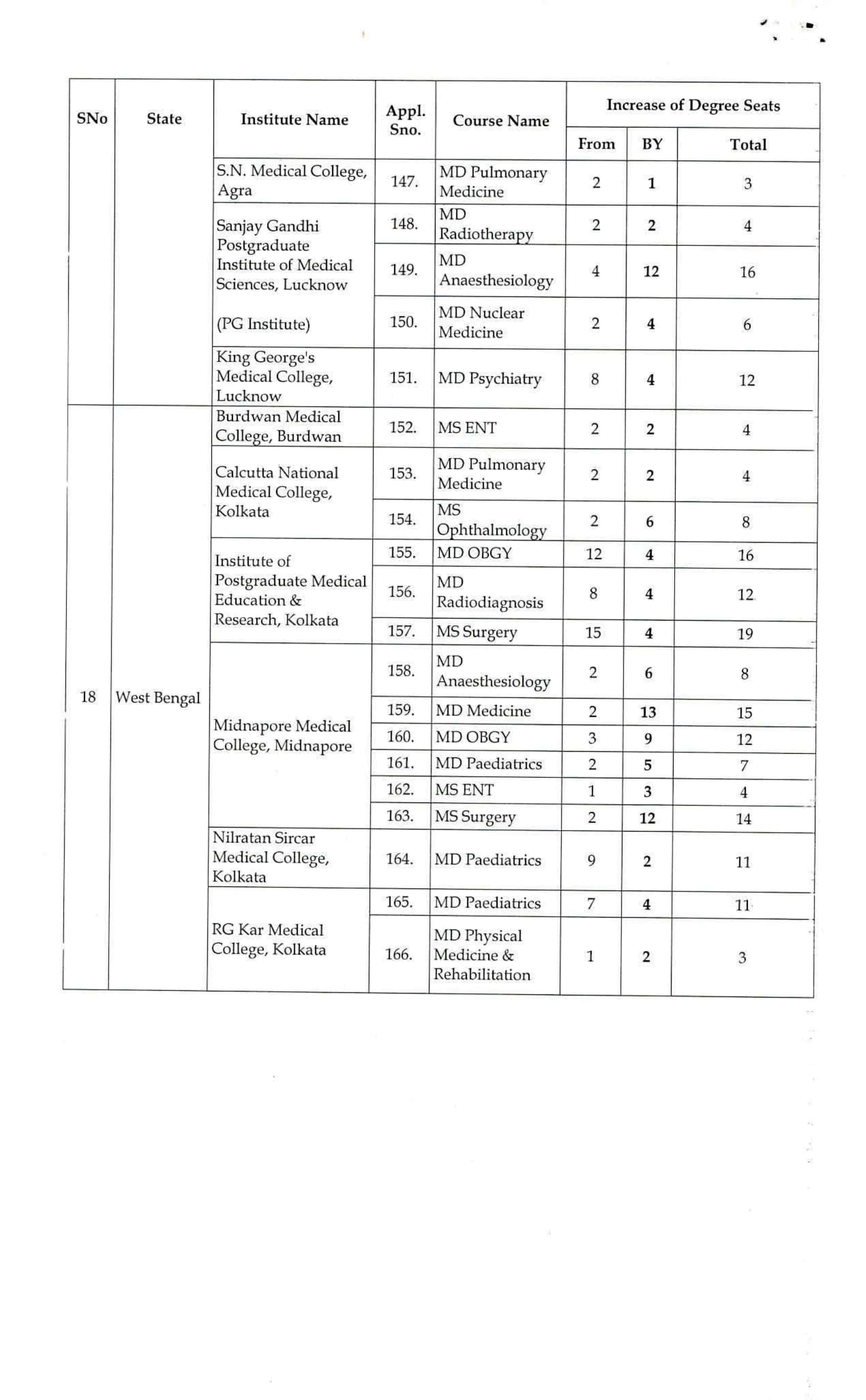 This notification has given a reason to PG aspirants to cheer. All the State Governments/Union Territories concerned have to now forward the Undertaking by the State Health Secretary through e-mail to [email protected] & [email protected] The undertaking is to be forwarded by March 09, 2018 so that necessary Letters of Permission (LoP) can be issued to them.

44 seats have been added for Jammu & Kashmir for the academic year 2018. In light of the teacher-student ratio, 29 more PG seats have been approved for Government Medical College (GMC) Srinagar, GMC Jammu got 15 more PG seats. Earlier, there were about 158 PG seats in GMC Jammu but with the approval of 15 more seats, this figure will reach to 173. On the other hand, GMC Srinagar, which had earlier 148 seats, will now have 177 seats.

74 more seat have been added in PG (Broad Specialty Courses) in Maharashtra State. With this approval from MCI, the overall PG seat count has reached to nearly 1,500. The state sought about 300 seats last year, out of which 200 were approved. Due to its limitation in infrastructure, including beds, hostel rooms, etc, the state had to settle for 300 seats only. Because of this limitation, many State leading medical colleges could not start certain PG courses.

For example, King Edward Memorial Hospital and Seth Gordhandas Sunderdas Medical College (KEM), was not allowed to increase its intake of students for MD and diploma in radio-diagnosis. In another case, Sion Hospital too was refused permission to start MD pathology. The Government Medical College, Akola, could not start as many as eight courses, including degrees in pediatrics, orthopedics, general surgery, respiratory medicine. Overall, around 15 medical colleges from the private and government sectors were not allowed to increase PG intake in varied courses.

Last Date To Apply for NEET 2018 Extended To March 12; Aadhaar Not Compulsory Now