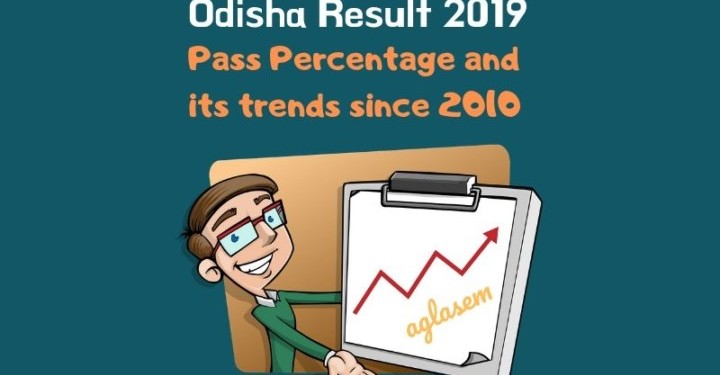 Board of Secondary Education, Odisha declared BSE Odisha 10th (Matric) Result 2019 today at bseodisha.ac.in and orissaresults.nic.in. This year, the pass percentage of the board stands at 70.78%. It is a significant drop from previous year (76.23%), and a rather large one from year before (85.28%).

Let us take a look at what the pass percentage has been for class 10th in previous years in Odisha. 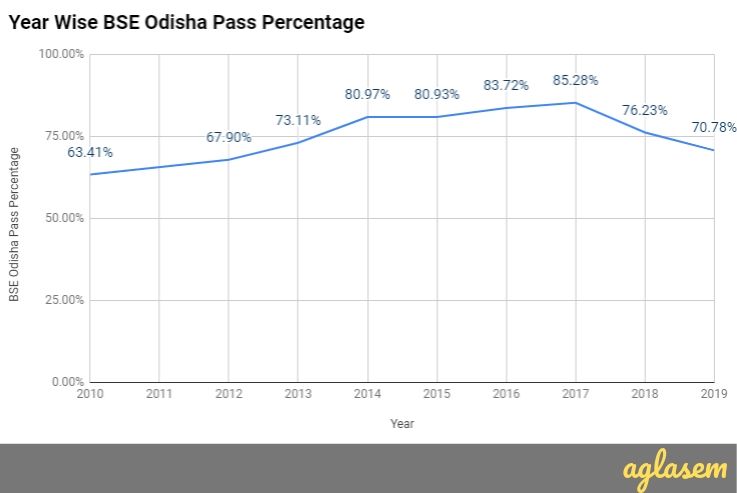 As can be seen, pass percentage rose steadily from 63.41% in 2010 to 67.9% in 2012. After that, the board introduced a new paper pattern wherein equal percentage of marks were allotted to subjective and objective questions. Then like national boards, BSE also replaced marks with grades in 2013 for class 10 students.

It was year 2016 when once again Odisha Board Results pass percentage rose to 83.72%. And then in 2017, BSE Odisha witnessed best ever pass percentage for class 10 students in state, at 85.28%. It is only in past two years that pass percentage dropped by measurable amount.

There is no clear reason insofar on drop in pass percentage. The board strives to make education system more fair, transparent, and within reach of all. BSE targets 90% pass percentage and is taking requisite steps to ensure that figures are better next time.