Today i.e. February 08, 2019 West Bengal Police has declared the WB Police Constable Result 2018. The result has been declared at the official website i.e. http://www.policewb.gov.in. For checking the result candidates have to mention the Application serial number, Date of Birth and select District on the login page. The result for the preliminary examination has been declared which was conducted on September 23, 2018. 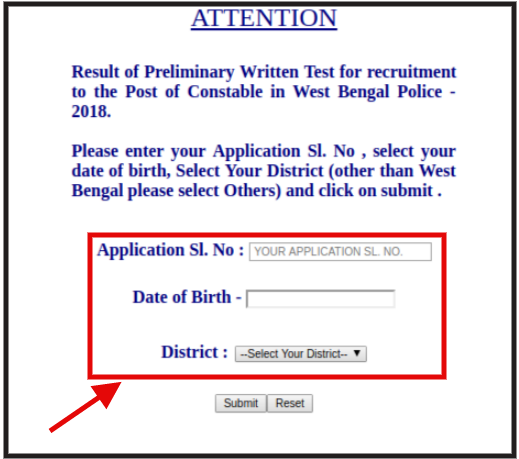 The WB Police Constable 2018 Result is containing the name and roll number of the qualified candidates. In the preliminary paper total, 100 questions of multiple choice questions were asked. In the examination questions were asked from general awareness, general knowledge, elementary mathematics, reasoning subjects.

About WB Police Constable Recruitment 2018 – West Bengal Police Recruitment Board started this recruitment on April 01, 2018, with the proclamation of 5702 vacancies to be filled by this recruitment. The selection procedure of the recruitment contains several stages, such as preliminary examination, Physical Efficiency Test / Physical Measurement Test, Final written examination, interview, and detailed medical examination. The Government of West Bengal will provide the salary as per the pay scale of Pay Scale of Rs. 5,400 – 25,200/- and Grade pay of  Rs. 2,600/-.

Delhi University To Increase Number Of Seats Due To EWS Quota; Know The Reservation Details From Here!